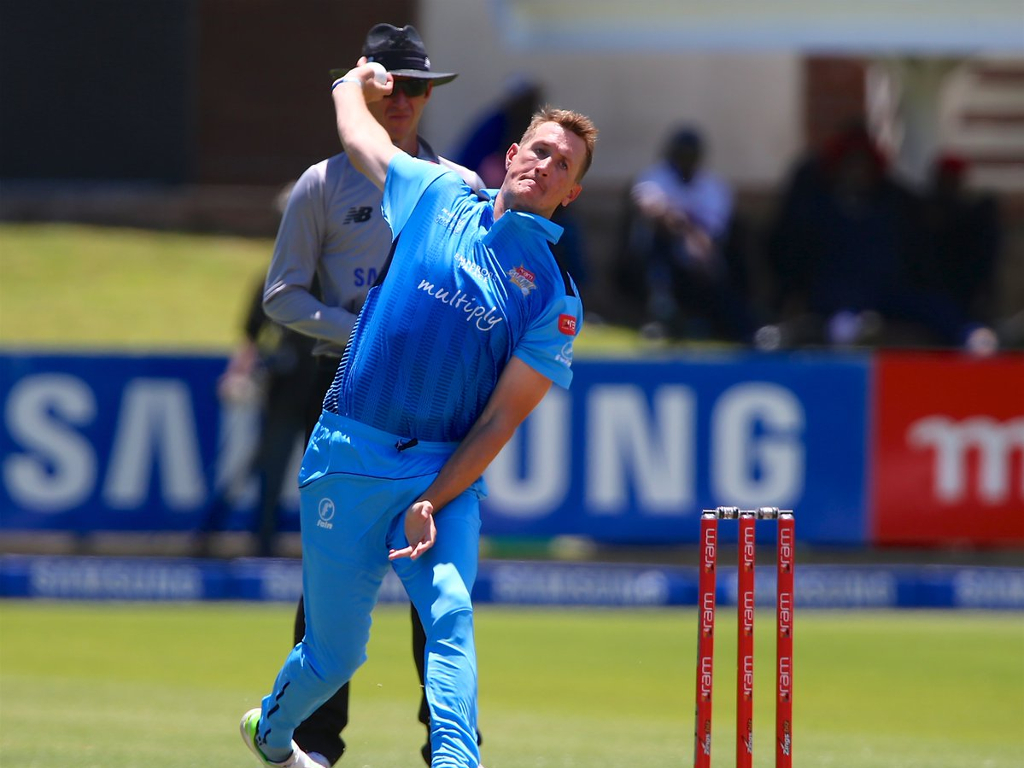 Chris Morris led a stellar bowling performance as the Titans stormed to a third successive RAM SLAM T20 Challenge title with a crushing seven-wicket win over the overawed Dolphins in the final at SuperSport Park in Centurion on Saturday night.

The Proteas all-rounder finished with four for 13 in 3.3 overs to help the hosts shoot out the visitors for a paltry 100 in 18.3 overs.

Malusi Siboto (2/10) and Lungi Ngidi (2/15) provided excellent support roles for the defending champions, before Quinton de Kock and AB de Villiers played cameos of 39 and 27 respectively to take Mark Boucher’s side to an emphatic win with 53 balls to spare.

However, the clinical manner in which they dismantled the Dolphins was hugely impressive.

Dubbed as favourites long before the regular season was even completed, they were almost on the money from the time captain Albie Morkel won the toss and elected to field first.

The first over by the skipper went for 11, but from there on it was one-way traffic as the Durbanites’ attempts to over-attack went horribly wrong.

They slipped to 28 for three inside the powerplay overs as key men Morne van Wyk (6), Vaughn van Jaarsveld (14) and Sarel Erwee (3) fell early.

Dane Vilas tried his best to get them going, but he was cleaned up by Siboto and ended as the joint top-scorer with 21 alongside Andile Phehlukwayo – the Dolphins bundled out with nine deliveries still to spare.

With a modest total to defend, there was further bad news for the away side after Imran Tahir suffered a hand injury when batting which prevented him from bowling.

And De Kock rubbed more salt into the wound by clubbing two sixes and four fours in his 27-ball innings to give the Titans a flying start.

Once he fell, De Villiers bashed three sixes in his 13-ball vigil to lead the hosts to a one-sided win.