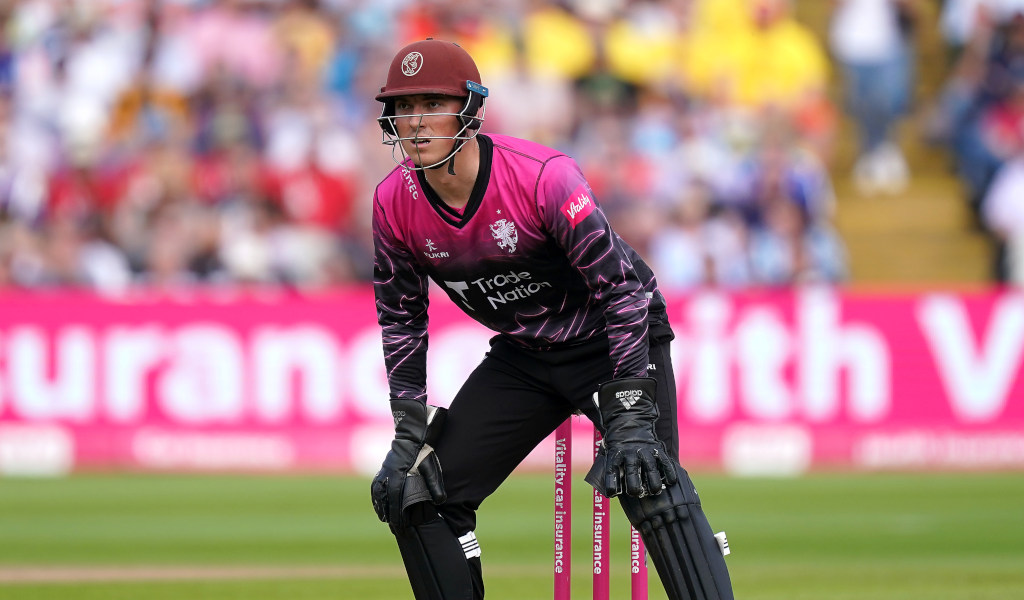 Tom Banton is eager to expand England’s wicketkeeper-batter talent pool even further as he wants to put more emphasis on his work behind the stumps and emulate Jos Buttler in the white-ball set-up.

With Sam Billings omitted after a hectic past couple of weeks that saw him switch continents and formats, Banton took the gloves for the first time for England in a 20-run defeat to the West Indies in the third Twenty20.

He went largely unnoticed as the Windies piled up 224 for five for their highest T20 score against England, but his biggest contribution came when thumping six sixes in a 39-ball 73 as the tourists fell short in Barbados.

Even though England are well stocked for keeping options, with Billings and Phil Salt in the squad and Buttler and Jonny Bairstow resting back home, Banton is enthusiastic about supplementing his batting in limited-overs cricket.

He said: “Keeping wicket is very important to me but it’s probably not been my number one priority if I’m being brutally honest.

“I’ve always focused on my batting and now I’ve got to a point this year where I’ve realised that it’s something that I can really try and work on and get better on because I’ve not done too much work on it in the past.

“But I think for red-ball, probably a little bit too much of a toll on my back. After a few days in the field, I’ll probably be a bit sore. But, yeah, I really want to work on it.”

Banton counts World Cup-winning Buttler among his role models and the similarities between the pair are obvious, having come through the same set-up at Somerset while they are both renowned for their clean and powerful striking.

Asked if he is looking to follow Buttler’s pathway, Banton said: “It has to be. He’s probably the best in the world.

“I’m quite good mates with Jos and it’s weird because I look up to him, now I get to play with him and it’s awesome. Definitely, I want to follow in his footsteps.”

Regarded as one of England’s biggest prospects, Banton has also earned comparisons with Kevin Pietersen but the former England batter was left unimpressed after watching the youngster during a Hundred match last August.

In his role as a Sky pundit, Pietersen opined Banton was “wasting” his talent, adding: “He needs to rework the way he goes about his batting. There is a big psychological change that needs to happen there.”

Banton was stung by the remarks but a phone call with Pietersen the following day smoothed matters over.

The 23-year-old said: “It was hard to hear to be honest, I’m not going to lie. I remember I was sat there after The Hundred game and hearing him talk on Sky while I was eating and then I called him the next day and he kind of explained a bit more about what he meant.

“There’s good and bad things being said about every player all the time, more often than not it’s bad. It’s kind of the sport we’re in so you’ve just got to get on with it.”

Banton has previously spoken about the difficulties of spending time in Covid bubbles, whether with England or in franchise teams, so will skip the Pakistan Super League and Indian Premier League to focus on the county season.

England’s whistle-stop white-ball tour of the Caribbean permits players to eat outside at some restaurants and take part in golf, a far cry from the strict and claustrophobic restrictions Banton has had to adjust to in the last two years.

He added: “After a time, it just takes its toll. I want to be able to also live my life and not just be stuck in a hotel. I want to see my friends and be at home, see my family, as well as playing cricket.”