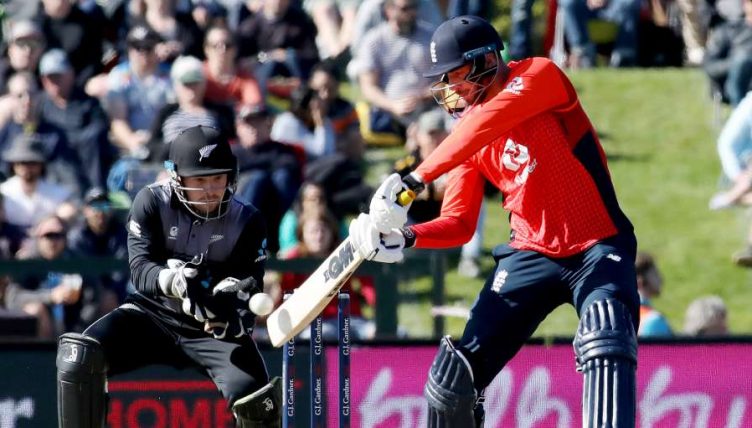 James Vince hopes to capitalise on the absence of several first-team players in New Zealand after propelling England to a comfortable seven-wicket victory in the Twenty20 opener against the Kiwis.

Ben Stokes is one of a number of England’s World Cup heroes rested from the five-match series but he watched on as Vince’s elegant 59 from 38 balls helped the tourists overhaul New Zealand’s 153 for five in Christchurch.

Vince was part of the England squad that finally lifted a global 50-over trophy in the summer and is targeting a similar role at next year’s T20 World Cup, using the next four games against the Black Caps as a launchpad to further his claim.

“The side’s been so successful and dominant over the last three or four years, it’s a tough first XI to break into,” Vince said, after playing the starring role in England’s first meeting against New Zealand since the dramatic World Cup final in July.

“But any opportunities like this to push my case and hopefully try to be part of the squad as I was this summer for the World Cup is my aim.

“With some of the main guys missing, it would be nice to get a bit of a run in the side, post some scores and make some match-winning contributions.”

Vince creamed seven fours and two sixes in a typically stylish innings which led to England drawing first blood in the series as the Chris Silverwood era started on a high note.

But Vince admitted not playing much cricket after the end of the domestic season meant he was uncertain how he would fare.

He said: “To be honest, since the end of the English summer I’ve not had a huge amount of cricket.

“I had a warm-up game and a bit of time in the nets but I wasn’t quite sure what nick I was in. But I’m pleased with the contribution and for the boys to get off to a winning start.

“The wicket was pretty good, I didn’t think it was an absolute belter but there was not much in there, maybe a fraction on the slow side but a pretty true bounce, it came on reasonably well for the majority of it.”

England handed international debuts to Pat Brown and Lewis Gregory, and Sam Curran came in for his T20 bow. While Brown and Curran returned identical figures of 4-0-33-1, all-rounder Gregory did not feature with bat or ball.

The squad may have an experimental feel to it – Matt Parkinson, Tom Banton and Saqib Mahmood were kept waiting for their first international appearances – but World Cup-winning captain Eoin Morgan remains at the helm.

Morgan (34no) put the finishing touches to England’s win, getting his side over the line with nine balls to spare, in his first international since committing to leading the side into the 2020 T20 World Cup.

“What he’s built over the last four years is incredible,” Vince said of the captain.

“To take the team from where they were to winning the World Cup, I know he’d be a massive loss if he wasn’t here, especially with a tour like this with lots of new guys coming in.

“His leadership is outstanding so he’ll be great for the young guys here. Everyone’s hoping that he carries on for as long as possible.”

Vince made the last of his 18 Test appearances last year at Hagley Oval but the uncertainty surrounding Joe Denly’s ankle injury could open up a vacancy for the series which follows the sprint format part of the tour.

Vince, though, joked: “I think Bluey (Jonny Bairstow) might have something to say about that!

“I think I’ve said it before, although it is a different format, runs in an England shirt are always going to help you.

“It’s a good start and hopefully I can build on it and continue throughout the series and try to make an impact on it myself.”