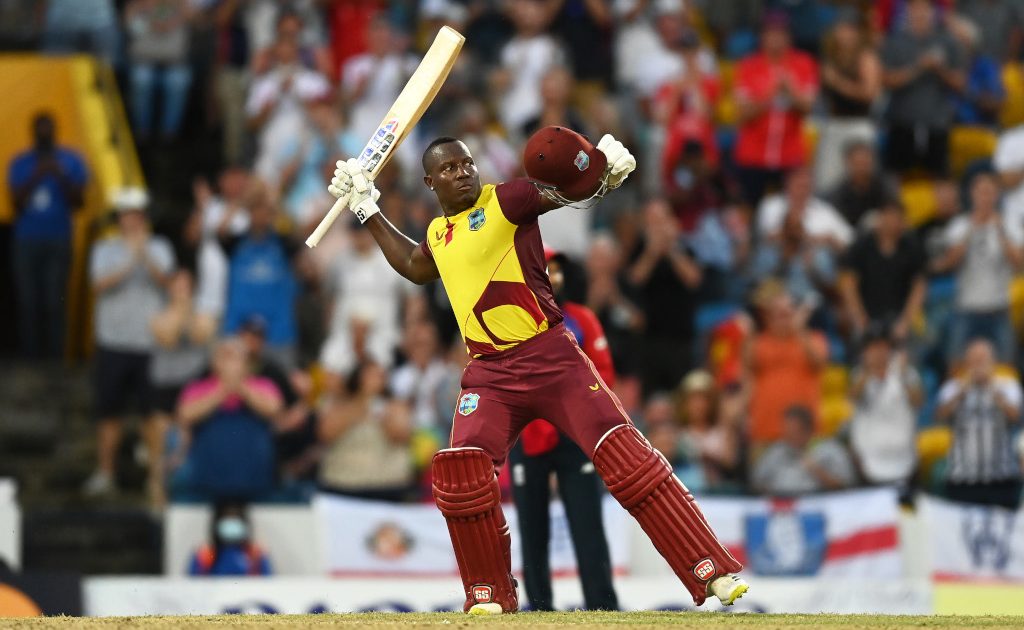 West Indies skipper Kieron Pollard will lead the same 16 players taking on England now for the T20I series on the tour of India.

The West Indies tour to India is set to begin with the ODIs on 6 February.

Fitness concerns mean that Shimron Hetmyer has missed out on the West Indies’ T20I squad for the series against India.

The squad remains the same as the one playing England in the five-match T20I series locked 2-2 currently.

West Indies had already named the squad for the ODI.

The squad is the first T20I group selected by the newly appointed chief selector, former West Indies opener Desmond Haynes. With the likes of Odean Smith, Kyle Mayers and Romario Shepherd impressing in the ongoing series against England, no changes were made to the squad for the India tour.

West Indies have put up an impressive showing against England winning two of the four T20Is played so far and nearly winning another from a stiff situation with a late onslaught from Shepherd and Akeal Hosein for the ninth wicket. West Indies lost that game by a narrow one-run margin.

“I was also very impressed with Akeal in that one run-defeat. He came in there and everybody thought it was over. He played exceptionally well and that’s what you want because in T20 cricket you want the guy batting up to No.11 to be able to hit a six,” coach Phil Simmons said of Akeal Hosein, who will lead the spin attack that also has all-rounder Fabian Allen and leg-spinner Hayden Walsh Jr.

The India tour has three ODIs and as many T20Is with the three T20Is to take place at the Eden Gardens in Kolkata on February 16, 18 and 20.