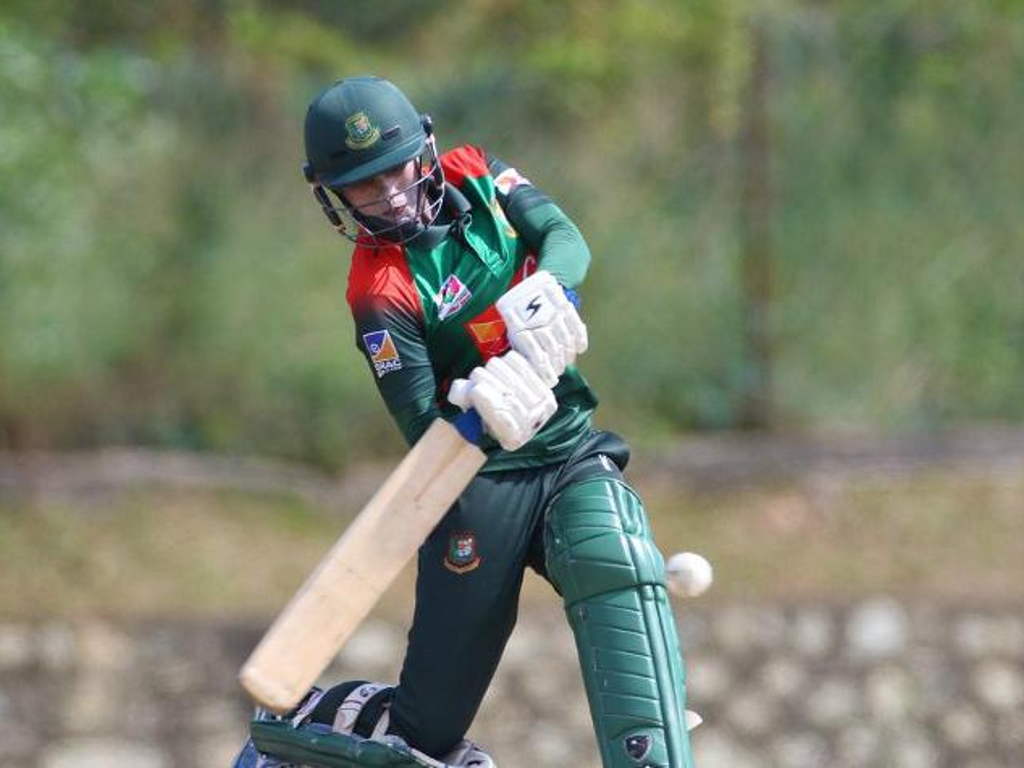 India and Bangladesh secured passsage to the Women’s T20 Asia Cup final while Thailand scored an upset win over Sri Lanka in the last round of matches.

The victory secured Bangladesh a berth in Sunday’s final against India, who qualified earlier in the day after beating Pakistan by seven wickets.

Bangladesh opted to bat and posted 130/4, and then restricted Malaysia to 60/9, with Ahmed the pick of the bowlers.

Malaysia did not get off to the best of starts as the openers Yusrina Yaakop (11) and Christina Baret (2) were dismissed within six overs. Mas Elysa then scored an 18-ball 14 even as Mahirah Izzati Ismail assiduously blocked at the other end.

However, their 14-run stand was broken, with Ahmed trapping Elysa in front, and Malaysia were soon reduced to 37/4.

The slide continued thereafter, with Malaysia losing four wickets for just 10 runs, including that of their captain Winifred Duraisingam, who had scored a battling 14. 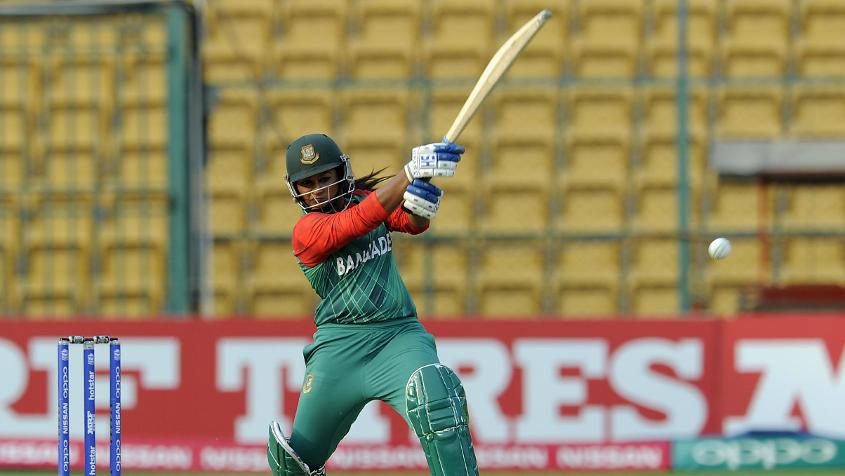 The stand was broken by Sasha Azmi’s dismissal of Rahman, but the platform laid by the openers helped Sanjida Islam (15) and Fahima Khatun (26*) consolidate in the middle order.

They added 36 runs for the fourth wicket, taking Bangladesh from 87/3 at the fall of Sultana’s wicket to 123/4. Islam was run out in the final over as Bangladesh looked to boost the total.

For Malaysia, Duraisingam was the pick among the bowlers, returning 2/19 in her four overs. 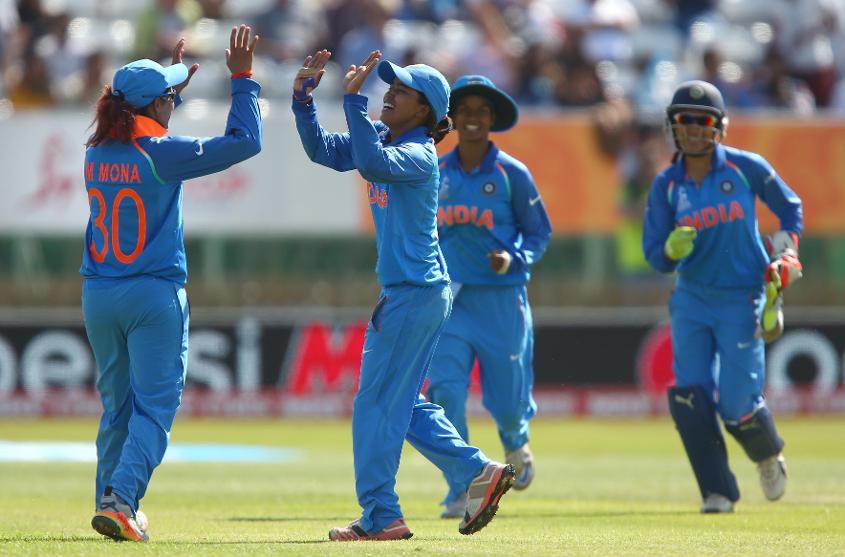 India comfortably saw off Pakistan by seven wickets in the clash between the table toppers at the Women’s T20 Asia Cup in Kuala Lumpur on Saturday, 9 June.

It meant India qualified for the final of the tournament.

India’s victory was down to their bowlers. Ekta Bisht returned 3/14 as Pakistan were restricted to 72/7 after they opted to bat.

The batters never quite got going. There was a wicket in the very first over, with Nain Abidi dismissed for nought by Shikha Pandey. All of Bismah Maroof (4), Javeria Khan (4) and Nida Dar (8) fell for single-digit scores, and although Nahida Khan hung around for a 27-ball 18, it wasn’t enough to turn the tide.

It meant Pakistan decided to slow down and accumulate. Sana Mir scored an unbeaten 38-ball 20, even as Natalia Pervaiz (3) and Sidra Nawaz (5) fell at the other end, to take the total past 70, and ensure Pakistan weren’t bowled out.

That was never going to be sufficient, although the Pakistan bowlers got off to a good start, with Mithali Raj and Deepti Sharma both dismissed for nought.

Smriti Mandhana and Harmanpreet Kaur put on a 65-run stand, and that more or less saw to the chase.

Mandhana (38 off 40) was dismissed with three runs left by Nashra Sandhu, but that was India’s only hiccough on a dominant day. Kaur ended unbeaten on a 49-ball 34 as India finished on 75/3. 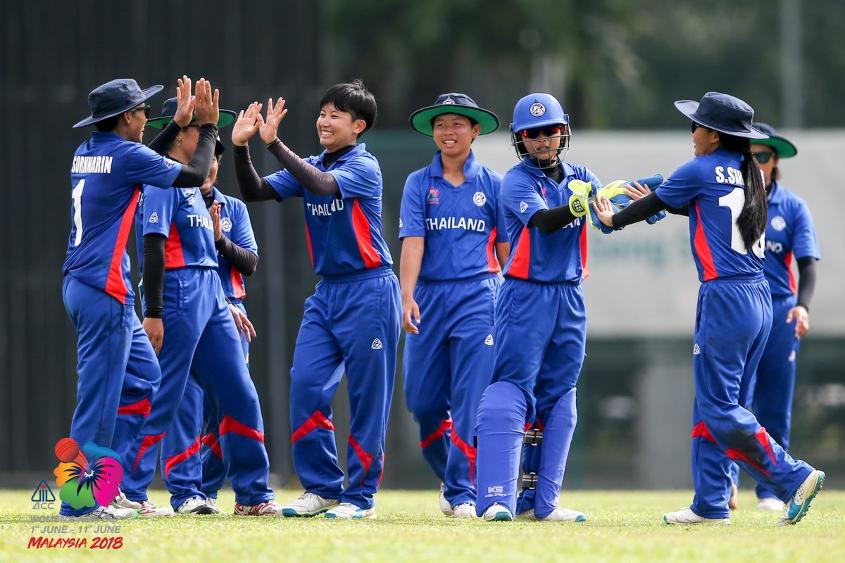 Thailand Women held their nerve to pull off an upset four-wicket win off the last ball of their Women’s T20 Asia Cup match against Sri Lanka on Saturday, 9 June.

Wongpaka Liengprasert took 5/12 in her four overs and came back to hit the winning runs in a vital 9-ball 13* at the Royal Selangor Club, Kuala Lumpur. It was Thailand’s second win of the tournament.

Put in, Sri Lanka raced off the mark through Yasoda Mendis, who struck four boundaries in her 15-ball 22. The opening pair had added 31 in 3.2 overs when captain Sornnarin Tippoch had Mendis caught and bowled.

After that, the scoring rate drastically slowed. A combination of smart fielding and Liengprasert’s bowling had Sri Lanka in trouble.

Opener Anushka Sanjeewani held firm at one end for a patient 32 off 45 balls, but she quickly ran out of partners. Oshadi Ranasinghe (20) at No.8 was the only other batter to get to double figures as Sri Lanka were all out for 104 in 20 overs.

Thailand’s first-wicket pair got them off to a steady if not spectacular start. Naruemol Chaiwai anchored the chase, adding 43 and 34 runs for the first and second-wicket stands respectively.

When she fell for 43 off 56 balls, her side still needed 28 off 29 balls. They suffered a slight wobble under pressure, but Liengprasert, coming in at No.6 in the 18th over, completed an all-round excellent day in the park.