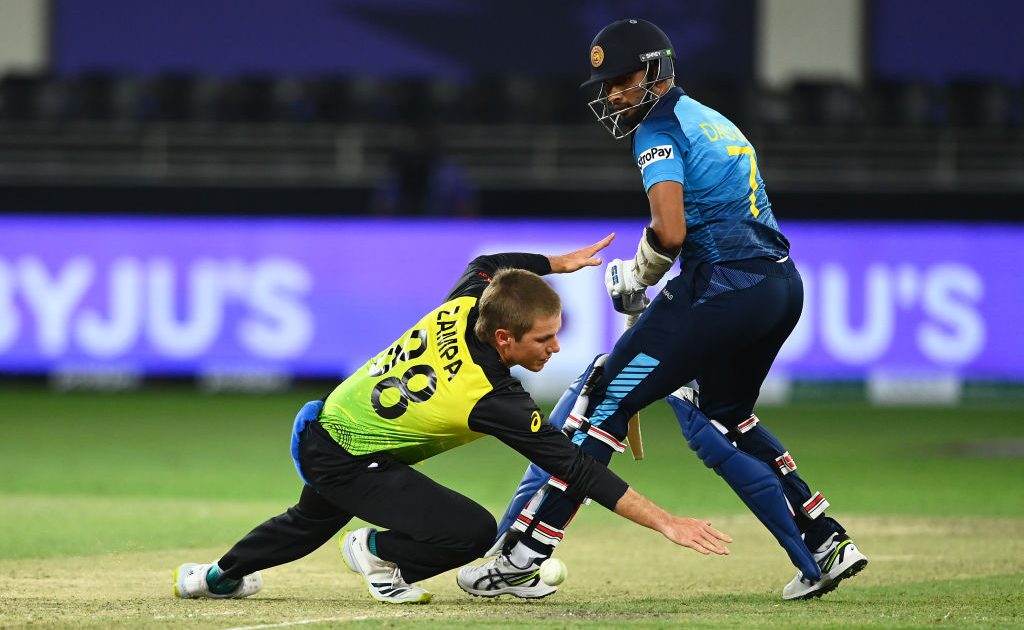 Adam Zampa excelled at his task when asked to turn things around for Australia in their T20 World Cup match against Sri Lanka.

With Kusal Perera and Charith Asalanka going well, Zampa was tasked with putting the brakes on and did so with aplomb.

Not only did he dry up the run-scoring opportunities for the pair but he claimed the prized wicket of in-form Asalanka.

Zampa believes Australia enjoyed the best use of the pitch with the dew becoming a factor later on when Sri Lanka had the ball in hand.

The spinner said that he was happy to adjust to whatever role his captain needs him to fulfil whether it be in the powerplay, middle or at the death.

Speaking after receiving the man of the match award, Zampa said: “Sri Lanka got off to a flyer so we needed to peg it back when we did. I think it was quite slow in the first innings and spun a bit more than it did in the second innings.

“I think the moisture and dew took effect in the second innings. I find [Sri Lanka] really challenging, very good players of spin so I’m glad to have the night I did. I’ve tended to try a little bit of Powerplay and a bit of death but with the team that we have and the big 3 quicks, they’ll bowl in the Powerplay and Glenn Maxwell bowls a bit in the Powerplay too and has a really good record. So my job is to take wickets in the middle and make it easier for guys on the back end.”

Zampa was delighted to see David Warner come good as Australia chased down their target with three full overs to spare.

Australia are back in action on Saturday as their T20 World Cup campaign continues with a match against the old enemy England.