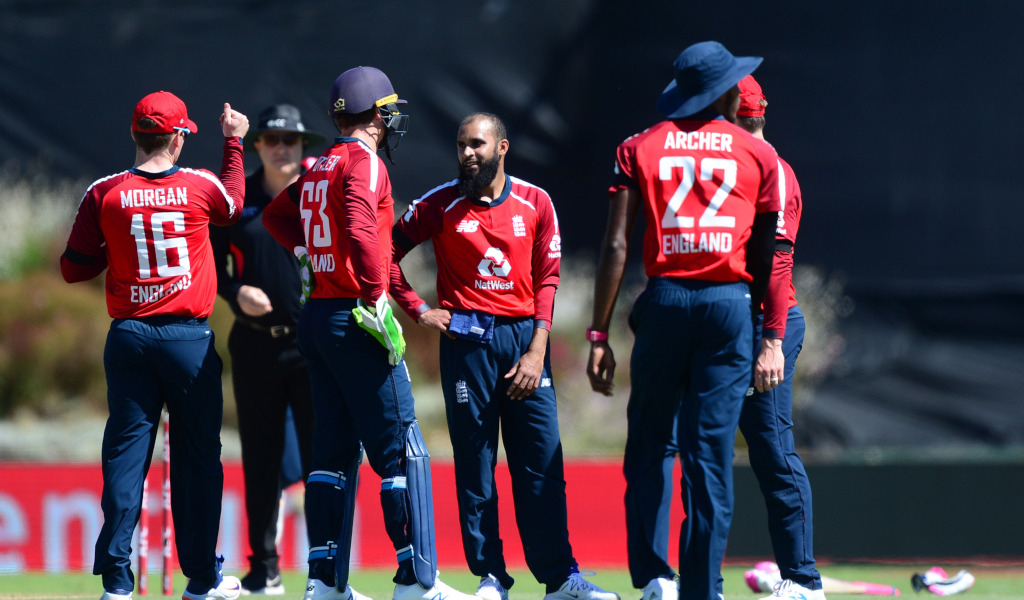 Adil Rashid rejected the suggestion he has an extra responsibility as England’s frontline spinner at the T20 World Cup and insisted every bowler has a part to play in delivering success.

The pitches in the United Arab Emirates – where England will play all their Super 12 matches, starting on Saturday against the West Indies in Dubai – are traditionally dry and therefore usually conducive to the turning ball.

If that proves the case over the next few weeks, Rashid’s influence could be instructive although the supplementary spin of Moeen Ali or Liam Livingstone, or possibly both, is highly likely to ease any burden on their colleague.

Not that it concerns Rashid, who encouragingly took three for 18 in England’s 13-run warm-up win over New Zealand at the Tolerance Oval in Abu Dhabi, their final outing before taking on the defending champions this weekend.

Discussing his role as the team’s main slow bowler, the leg-spinner said: “It’s been like that for a fair few years now. I don’t think like that whatsoever because we definitely don’t put that on us lot as a squad or a team.

“We all know we’ve got 11 match-winners, whoever’s bowling are all match-winners. There’s no one set person that is down to do the job, it’s a collective thing and we’re all backing each other in whatever we do.

“Whatever the final XI is (whether England select Moeen or Livingstone, or both all-rounders), whatever they decide to go with, seam or spin, we’ll all try our best to support each other.”

Rashid’s introduction into the bowling attack on Wednesday turned the tide after Jos Buttler’s scintillating 73 from just 51 deliveries, including 11 fours and two sixes, had ushered England to 163 for six against the Kiwis.

There were cameos of 30 from Jonny Bairstow and 27 not out from Sam Billings but concerns persist over the form of Eoin Morgan, who returned to the line-up after sitting out Monday’s warm-up defeat to India and made just 10.

He did get a debatable lbw decision after a reverse sweep attempt off Ish Sodhi, who had earlier accounted for Dawid Malan in identical fashion. Malan’s suitability for batting in the powerplay was again placed under scrutiny after he used 15 balls in his 11 but, barring a last-minute switch, he will retain his place against the Windies.

New Zealand got off to a flyer in response courtesy of Martin Guptill’s 41 off 20 balls, but he perished in the deep after attempting a second successive six off Rashid, who also snared Mark Chapman and Mitchell Santner.

Left-arm quick Tymal Mills was wicketless in his first England appearance in more than four years but was economical, while fellow fast bowler Mark Wood pushed his case for selection with an eye-catching four for 23.

A stubborn last-wicket partnership of 47 between tail-enders Sodhi and Todd Astle gave New Zealand a brief glimmer of hope until the latter was bowled by Chris Woakes as the Black Caps were all out for 150 in 19.2 overs.

Rashid said: “It’s always nice to get the win, even if it is only a practice game, it’s good to get into a winning habit. For a lot of people here this is the first time playing a game or second game for such a long time.

“It’s always nice to get out here, have match practice and we’re definitely confident if we stick to our strengths, stick to what we know, we’ll do well.”

Rashid nursed a shoulder injury throughout England’s 50-over World Cup win two years ago, a problem that lingered for a long time, but he said: “It’s all good. I’ve got to make sure I’m fit and maintain it and look after it.”