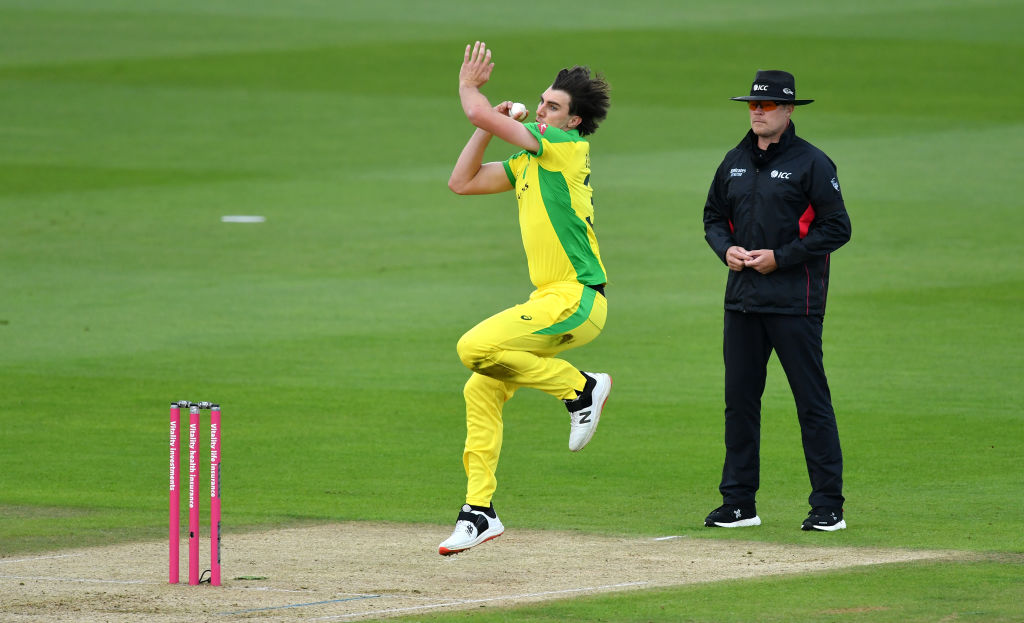 Australia have confirmed that their bowling attack is not set in stone heading into the T20 World Cup, with plenty of talents to choose from with ball in hand.

The bowling department remains Australia’s great strength with even the likes of Pat Cummins not guaranteed a spot in the team.

Cummins finds his place in the side under pressure from Josh Hazlewood while a specialist bowler could also be sacrificed to bolster the brittle middle order which has cost Australia dearly in recent limited overs cricket.

According to Cummins, the attack will be determined of a game by game basis but he hopes to do his bit for Australia at the T20 World Cup.

Australia bowlers all in the mix

“We have six, seven, eight guys right at the top of their game in our squad from a bowling point of view, so I’m sure that will be worked out,” Cummins told AAP.

“The conversation around our T20 side in the last little bit has been around whether we play the five bowlers or we play four and rely on the allrounders. We’ll see how it plays, it might change from game to game.

“There’s a possibility for anyone [to miss out], it’s a World Cup, [it’s] what is best for the team. I want to play so we’ll see what happens…someone is going to miss out.

“We made it really clear it’s a squad mentality. I know in 2015 [the ODI World Cup] I felt I could still give a lot even when I wasn’t in the XI. We are trying to instill that in everyone. There might be four quicks trying to fit into two or three [spots] but it’s five [group] games so you still might get a chance.

“You look around the room and we have some of the best players in the world,” Cummins said. “Everyone is fit, everyone is ready to go. Within the camp there’s a real confidence.”

Cummins says he has been going flat out to prepare for the T20 World Cup knowing they would not get a lot of match practice ahead of the tournament.

“We knew match practice was going to be tough in the current climate so before I came I did quite a few centre-wicket practices with New South Wales,” he said. “I was going flat-out for the last month knowing we might not get a heap of game time before the World Cup starts. I feel really good.”