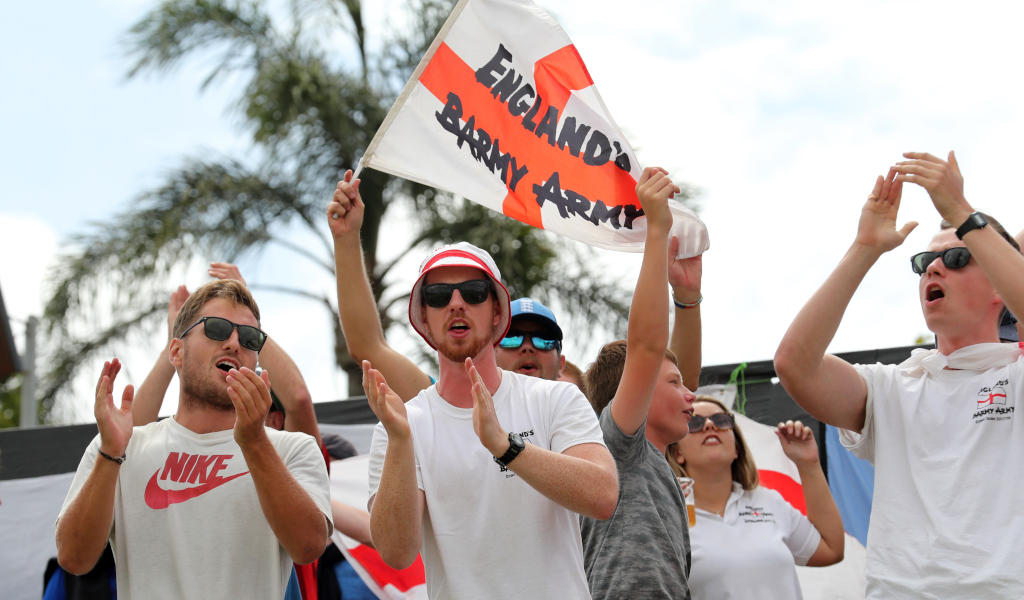 The Barmy Army has vowed to make up for lost time at the T20 World Cup as England’s cricketers prepare for the roar of travelling fans for the first time in almost two years.

The sound and the fury; Barmy Army returns

England tours have long been characterised by vibrant visiting support but the coronavirus pandemic put a sharp halt to the fun.

The men’s side last played in front of away fans in early 2020, at the culmination of their victorious trip to South Africa, while the women’s team played in their own T20 World Cup in Australia just before lockdown took hold.

Since then England’s overseas series have played out in front of empty stadiums or domestic fans only, though they were grateful earlier this year for the efforts of Rob ‘Randy Caddick’ Lewis who cheered them on in Sri Lanka having remained in the country following the onset of Covid-19.

With Australian government restrictions meaning the borders remain closed for the Ashes, this month’s tournament in the United Arab Emirates will be the preferred destination for several hundred England fans.

The Barmy Army expect to see more than 250 of their own members at the tournament and commercial director Adam Canning told PA news agency: “It’s been a long time since our last overseas tour.

“There’s a lot of lost time to make up for.

“The bond the Barmy Army has with the England team is pretty unique, you don’t see it in many other countries or in many other sports.

“We are that old cliche, the 12th man for the team when they are slogging it out in 40 degree heat.

Good to be back

“Everyone is desperate to get back to it because some of our members base their lifestyle around touring, it’s a passion for a community of people and it has been a challenging 18 months on that front.”

Things have also been tough for the Barmy Army as a business – as they have for any organisation that leans heavily on foreign travel.

Yet surprisingly, membership has gone up, not down and with a little help from the players themselves – via occasional appearances on social media and Zoom – they will head into 2022 confident about the future.

“We’ve managed to keep our heads above water through the loyalty and support of the cricket community,” Canning added.

“Our membership has nearly doubled during lockdown and we’ve been able to spend time investing in more digital content and social media.

“We had different players on with us every week, repaying that support we’ve given them and helping keep the Barmy Army going.

“If we’d been travelling around the world, we’d have had a lot of fun and made some money but we wouldn’t have been able to do that work.”