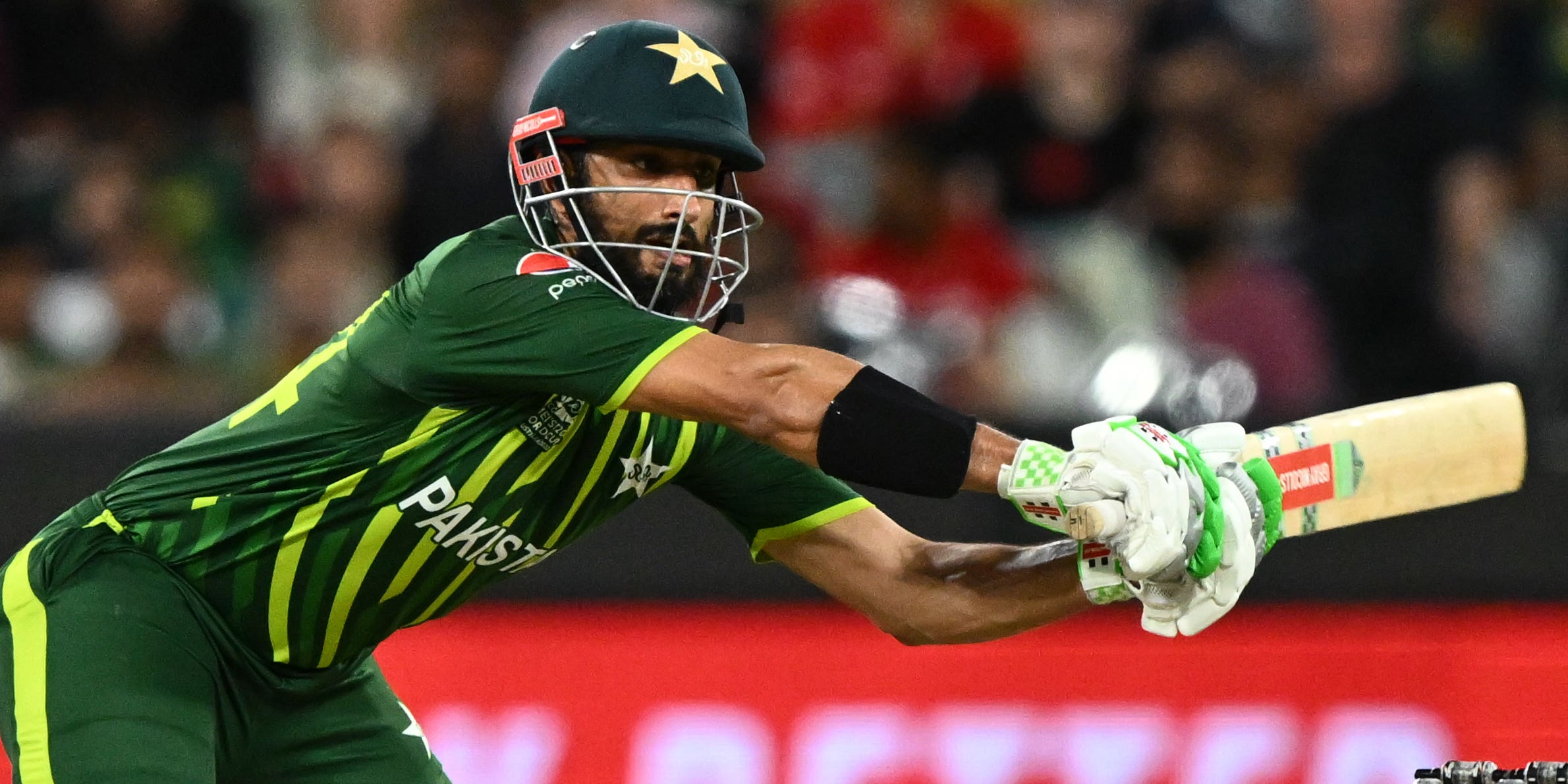 Shan Masood feels he bears a lot of responsibility for Pakistan being unable to post a sufficient total in their T20 World Cup final defeat against England at the MCG.

Masood top-scored with 38 off 28 balls as Pakistan reached 137 for eight but was out with three-and-a-half overs to go, one of three batters to fall to Sam Curran after chipping into the deep.

The crucial moment of the game seemed to hinge on an injury to Shaheen Shah Afridi, allowing Ben Stokes (52 not out off 49 balls) to capitalise and lead England home with five wickets and an over to spare.

But Masood was highly critical of himself for getting out at the time he did, with Pakistan adding a paltry 18 runs in the final four overs which left them short of where they needed to be.

“There were stages especially with the bat where we could have finished the innings off really well. Personally I take blame for it.

“I thought we were aiming for 170 and, having looked at how the innings ended, maybe we could have used a batsman staying in till the end and getting us to 155-160, which looked a very good score.

“Me and Shadab (Khan, who was out for 20 off 14 balls in the over after Masood was dismissed) will hold ourselves accountable for not staying there.”

The showpiece was on a knife-edge, with England requiring 41 off the final five overs, but Afridi had earlier injured his knee when sliding to take the catch that dismissed England batter Harry Brook.

The left-arm seamer went off for treatment and was cheered back on to the field by a largely pro-Pakistan crowd of 80,462 but was still clearly in discomfort as he came into bowl his third over.

Afridi, who had earlier castled the dangerous Alex Hales in the opening over of England’s reply, sent down just one ball before being replaced by Iftikhar Ahmed and he yielded 13 in his five deliveries.

Stokes was dismissive of the part-time spinner, crunching him through the covers then lofting straight for six before Moeen Ali crashed three fours off Mohammad Wasim.

From there is was all elementary for England as Stokes’ first T20 international half-century saw them to victory, with Pakistan captain Babar Azam lamenting Afridi’s injury as the turning point.

“I think we were 20 runs short, but the way our fast bowlers bowled in the first six overs, I thought maybe in the middle overs we made a comeback,” he said.

“But after the Shaheen injury, the match shifted to the England side.”

Afridi did not collect his runner-up medal but Masood revealed “his ligament tests are clear”.

On Stokes, Masood added: “He took it on, he soaked up the pressure and he finished the game. That’s what big-game players do and certainly Ben Stokes is a world-class player.”