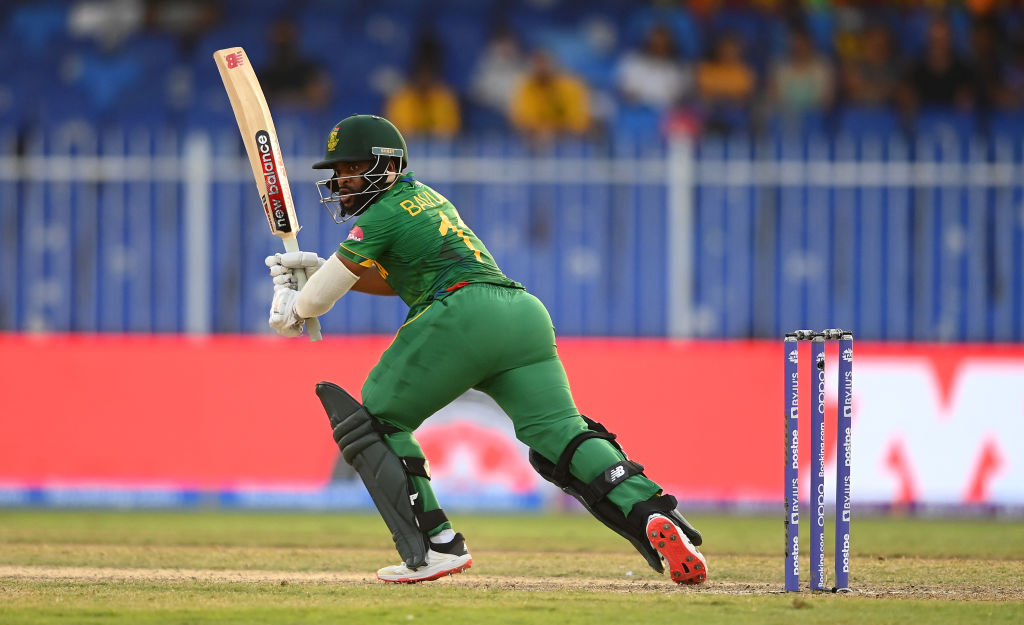 Bavuma himself had looked set to guide South Africa to victory, but he holed out as part of a hat-trick claimed across two overs by Sri Lanka skipper Wanindu Hasaranga.

The experience of Miller and the sheer power of Rabada were enough in the end, and South Africa surpassed Sri Lanka’s 142 with a ball to spare.

Bavuma admitted that the team had the events of the past few days swirling around in their heads but tried to remain focused on the task at hand.

“It’s quite hard to put everything that’s happened over the last couple of days into words,” a relieved Bavuma said.

“There was a bit of it at the back of the mind, but we had a job to do, and we had to dig deep. I was a bit tense, but I had confidence in David; he hadn’t done in a long time for us to credit to him.”

Bavuma also lauded Tabraiz Shamsi for his role in dragging back the Sri Lankan effort when they threatened to take control of the game.

“He’s got one of the most beautiful swings, like a golf swing. Shamsi is a big player for us, a weapon, we’ve seen wristspinners are always effective in this format.”

The captain was disappointed that he couldn’t get the job done but was able to snap a run of low scores and played a big part in building South Africa’s innings.

“I took on the responsibility to finish it off and the wicket wasn’t an easy one but someone had to take it till the end. The shot was on and I was a bit irritated with myself that I wasn’t able to execute.”

South Africa needed 15 runs to win in the final over which Sri Lanka skipper Dasun Shanaka believes was defendable for Lahiru Kumara whom he chose to carry out the duty.

Kumara missed his length to Miller twice and both times the Proteas finisher pumped him over the rope.

“It was enough to defend for Lahiru,” Shanaka said. “He was bowling yorkers and he was superb in the practice games which is why I went with him. Credit to South Africa batsmen, they finished really well. Nissanka has been classic, he showed in this tournament as well. He’s got a bright career and is a real prospect for Sri Lanka ahead. It’s really hard for us after this game, next two games we hope to keep our pride.”

South Africa face Bangladesh on Tuesday in their next match while two days later Sri Lanka take on the West Indies.