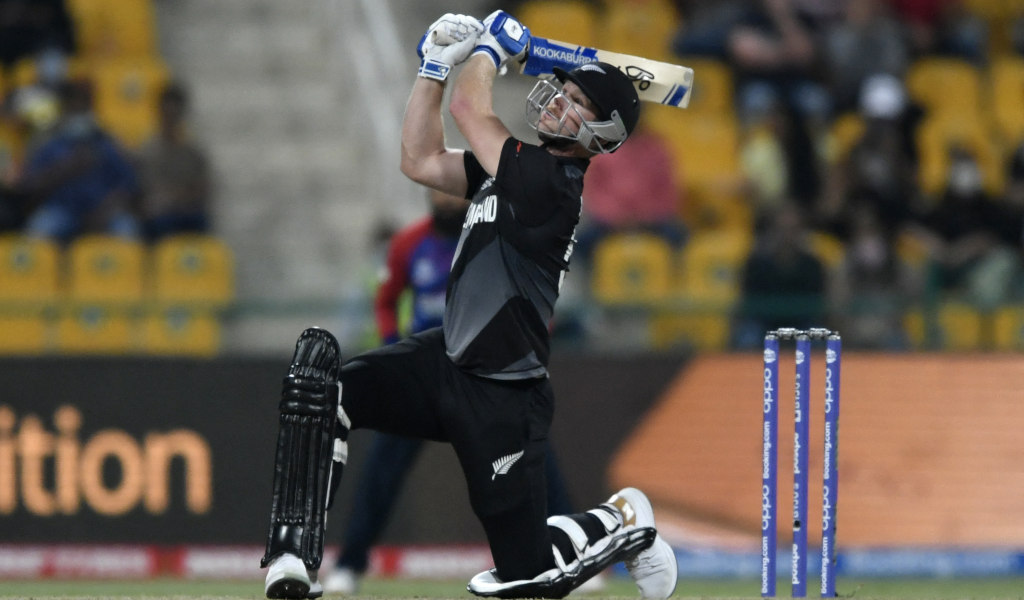 Jimmy Neesham said that ‘you don’t come halfway across the world just to win a semi-final’ when quizzed about his stone face in the moments after the Black Caps beat England.

Neesham acknowledged that reaching the T20 World Cup final for the first time was an achievement worth celebrating but simply not was he or the team are focused on right now.

The allrounder promised to show more emotion if the Black Caps lift the trophy on Sunday.

“It’s a situation worthy of celebrating I guess – winning a semi-final – but you don’t come halfway around the world just to win a semi-final,” Neesham said.

“We’ve got our sights pretty firmly set on the game in a few days’ time… I’m personally, and we as a team, are not getting ahead of ourselves.

“One game to go and I’m sure there will be a bigger outpouring of emotion if we manage to get across the line.

“Look, I think we’re experienced at it,” he said. “We’ve done so well and so consistently in tournaments across five or six years.

“We know how to I suppose hit the reset button and put a win or a loss behind us pretty quickly.

“We’ve got pretty robust strategies around how to prepare for games with scouting, planning, and all that kind of stuff.

“So, those strategies will all kick over the next couple of days and we will get back on the training paddock tomorrow I think and prepare as best as we can.”

What was Neesham’s game plan against England?

Neesham also revealed that he set himself to try and hit every ball he faced for six, quite early in his quickfire knock.

He rode his luck, very nearly holing out to long on but for the slightest contact between the boundary cushion and Jonny Bairstow’s knee.

“I just said to Daz [Daryl Mitchell], I hit CJ [Chris Jordan] for a six second ball and Daz sort of came down and said: ‘what do you think?’ I just said I’m going to try and hit every ball for six,” Neesham explained.

“It doesn’t always come out of the middle but chunked a couple and got enough to get over the rope. Yeah, ended up doing reasonably comfortably in the end.”