Eoin Morgan insists that he is not immune to the axe 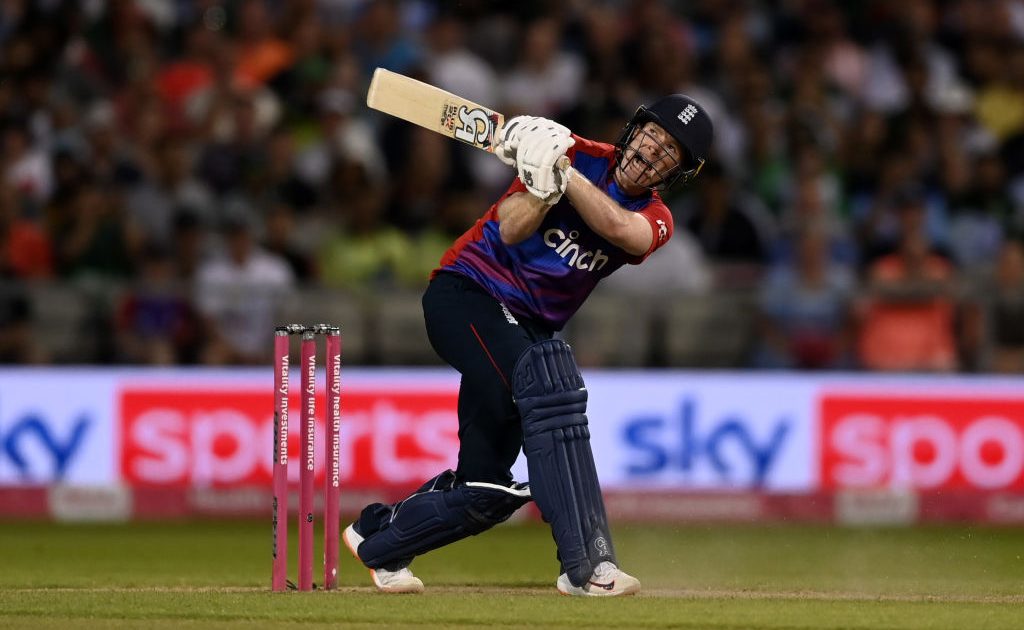 England captain Eoin Morgan takes a broad view of his lean run of form, insisting the necessity to play high-risk strokes in the middle order from the get-go can at least partially explain his run of low scores.

An innings of 13 not out was Morgan’s highest in nine offerings upon the resumption last month of the Indian Premier League in the United Arab Emirates, which alongside Oman is hosting the ongoing Twenty20 World Cup.

He has not registered a half-century for England in the format since August last year and while the 50-over World Cup-winning captain’s position is in no danger at all, he repeated his stance he would drop himself if required.

After sitting out England’s warm-up against India, Morgan is set to return to lead the side against New Zealand on Wednesday as they finalise preparations for their tournament opener against the West Indies in Dubai this weekend.

Morgan, who confirmed Liam Livingstone was “fine and fully fit” after injuring a finger in Monday’s defeat to India, said: “I wouldn’t be standing here if I hadn’t come out of every bad run of form that I’d ever had.

“The nature of T20 cricket and where I bat means I always have to take quite high-risk options. I’ve come to terms with that. I’m going to continue taking those risks if the team dictates they need them, if they don’t, I won’t.

“I’m not going to stand in the way of a team winning the World Cup. I’ve been short of runs but my captaincy has been pretty good. I’ve always managed to compartmentalise both and treat them as two different challenges.

“Not being a bowler and being a bit older and not contributing as much in the field, I’ve loved the role of captain. You get two bites at the cherry impacting the game.”

England are bidding to go one step further than the most recent edition of this tournament five years ago, when Carlos Brathwaite memorably stole the show with four-successive sixes to get the Windies over the line in Kolkata.

Morgan admitted he replayed the final moments of that epic showpiece in his mind for “about six or seven months afterwards”, adding: “It was one of the most incredible sporting events in isolation that you’ll ever watch.

“It’s not something that you can just let run off your back. For a guy to come in and hit four consecutive sixes to win the game for his team is just an incredible feat within itself, that’s the way I’ve understood it.”

England and the 15 other nations in the T20 World Cup are operating under strict bubble protocols, but environments that have been termed stifling in the past are mitigated by the arrival of some players’ families.

Morgan said: “Previously when families could come and go when they please without there being any measures to consider we can all, safe to say, we took it for granted. I think having families around has been excellent.

“There are more coming out. They are an integral part of our careers and to have them around for such a big event and big moment in anybody’s career is great.”

Bubble life has been a near ubiquitous theme since international cricket’s resumption last year amid the Covid-19 pandemic although successful vaccination rollouts in countries are seeing a gradual loosening of restrictions.

The bio-secure regulations have been tightened up for this tournament, with bosses eager to avoid any sort of outbreak, but Morgan believes it is only a matter of time before inhibitive restrictions are phased out.

Morgan, whose England side are in the same hotel as Virat Kohli’s India, added: “It’s not the form, it’s the rest of it – being confined, having to abide by quite stringent rules and protocols every day.

“Yes, they are getting more lenient but it’s coming up to a quite considerable period of time we have been adhering to all of these.

“I’ll still maintain the fact that I don’t think they can last much longer because it’s just not sustainable to ask human beings to do this and then go on and perform well at a high level.”