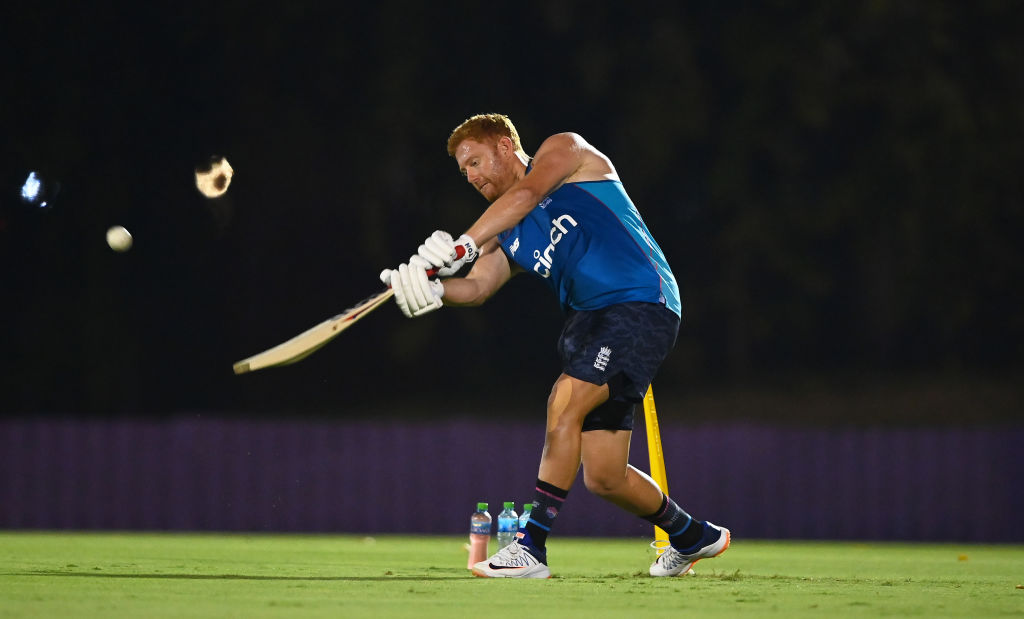 Eoin Morgan strongly suspects England will have to be adaptable to go all the way in the T20 World Cup but he believes they have the tools and experience within their ranks to thrive.

There was typically no battle-cry from the understated Morgan on the eve of their first game in Dubai against the West Indies, the side that memorably defeated England thanks to Carlos Brathwaite’s swishing blade five years ago.

While he insisted there was an appetite within his 15-strong squad to become the first side to hold both limited-overs World Cups concurrently, following their 50-over triumph in 2019, Morgan was pragmatic about their hopes.

Two-thirds of England’s party have featured in a World Cup final and so know what is required to go deep into a tournament but – despite being the number one-ranked side – Morgan has repeatedly conferred India as favourites.

The three United Arab Emirates grounds of Dubai, Abu Dhabi and Sharjah, where the rest of the tournament will be played, are likely to be slow pitches conducive to spin and Morgan thinks flexibility and cunning will be key.

Morgan said: “The side who adapts to all three venues the best throughout will go on and win. Within our squad we have the ability to do that, we obviously have to be on top of our game, adapt well and be confident with it.

“It would obviously be a special achievement. Guys are excited at the challenge as well. There’s a reason we have been considered contenders, it’s because of the level of expectation the guys have created through performance.

“You don’t have to be the best team in the tournament right from the very beginning, you need to be the smartest, the most experienced, the most adaptable side in order to do well in the early stages.

“We know how gruelling World Cups can be, not only to go through to latter stages but how gruelling group-stage games are with the ebb and flow of a tournament. We’re looking forward to that challenge.

“There’s no hiding, there’s no scenario where you can dodge a bullet. If a side progresses in this tournament, they deserve to be there. it’s not a case of what name is on the shirt, it’s the performances they put in.”

Morgan was keeping his cards close to his chest in terms of selection, with speculation on Dawid Malan due to his modest run of form and the often gentle tone he has at the start of his innings before becoming more expansive.

It is a high-risk, high-reward approach that has yielded minimal gains for England this year, although he remains the top-ranked batter in the world so, if he is retained, all eyes will be on how they balance the side.

Will all-rounders Liam Livingstone and Moeen Ali both play to supplement the leg-breaks of frontline spinner Adil Rashid and, while Chris Jordan is sure to start England’s Super 12 opener, which other pace bowlers will feature?

All Morgan would say is: “Competition for places is huge within the squad of 15. Everybody’s hungry for opportunity, which is a good sign.”

Morgan, though, rejected suggestions this represents something of a final flourish for a group including Jason Roy, Jos Buttler and Jonny Bairstow, saying: “There are plenty more opportunities given the age group the guys are at.

“When you look at the mainstays of the group that have been around the longest, they’re coming into the peak of their powers, they’ll definitely play the next T20 and 50-over World Cup. It’s up to them what they do after that.”

Morgan also rejected any assertion their 2016 final defeat to the Windies could still mentally impact England, adding: “I think some of the biggest disappointments in anyone’s career are more learnings than scars.

“If there were scars we would have lost a lot of players who wouldn’t have progressed like they have done over the last four or five years.”