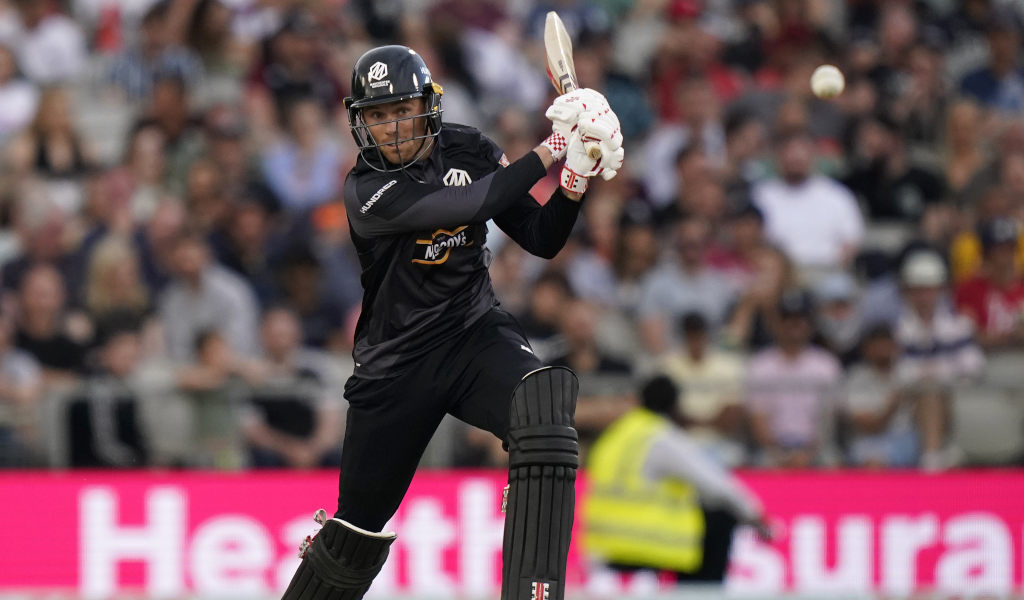 Phil Salt was just 13 and in the stands at Kensington Oval in Barbados in 2010, to watch Paul Collingwood hit the winning runs and take England to T20 World Cup glory.

12 years on and Salt is now part of England’s T20 squad in Barbados, coached by Collingwood himself, for five T20I’s across nine days against West Indies.

Salt made his England debut last summer after the original squad was sent home after a Covid outbreak. Nevertheless, his performance across three ODIs against Pakistan, including a half-century at Lord’s, displayed why teams across the franchise circuit were vying for his services.

The 25-year-old followed that up with impressive stints at the Abu Dhabi T10 and the Lanka Premier League, where he respectively finished second and third on the run charts and was subsequently rewarded with another call-up to the England squad.

With the white-ball regulars of the Ashes contingent in Jos Buttler, Jonny Bairstow and David Malan all not selected for the series, for the 25-year-old, there is undoubtedly an eye on now using this opportunity to establish himself as a regular within the setup.

The series begins on Saturday and it is the first of at least 18 scheduled T20I’s that England are set to play this year, before they head down under in a bid to win the ICC Men’s T20 World Cup.

Salt admits that there’s an eye on being a part of that World Cup squad, however he recognises that it can only be achieved by sticking to the basics that have formed his reputation as one of the most fearless opening batters around in the white-ball game.

He says, “It’s one day, one game at a time, but everybody wants to be included in the World Cup squad.

“Regardless of how much I can tell you that I’ve not got an eye on the World Cup, of course I’d love to be going.

“But I’m very aware that the only way I can get there is literally by sticking to that one day, one game at a time mentality and asking myself questions like, ‘How can I get better today? What can I do to to score runs today? Am I in the best place to score runs today? And if I do that consistently over a long period of time, then, hopefully I will be in in around the conversation for that.”

Aged 10, Salt moved to Barbados after his father, a property developer, decided to swap North Wales for the Caribbean.

He would spend just under six years on the Island, before getting a cricket scholarship at Reeds School in Surrey and Salt insists that it’ll be unusual to go back to Barbados and hopefully, make his T20 bow for England.

“It’s a bit of a funny feeling going back to Barbados to play for England, because it’s a ground that I’ve watched England so many times on.

“I’ve watched England win a World Cup on that ground. So for me, growing up there and now getting the chance to go back and play for England is absolutely unreal,” says Salt.

Perhaps, that time spent on an Island renowned for its flamboyant cricketers, has played a part in Salt’s natural ability to strike the ball from ball one, as well as the fearless approach that is an integral part of his game. That is something which fits in finely with the philosophy that England have adopted and that has resulted in much success, since the 2015 World Cup.

Salt says, “Definitely, in its rawest form, it comes from being over there (in Barbados).

“I wouldn’t say I was run of the mill, but a lot of people played the way I played in Barbados and it was the way everybody went about business.

“I remember coming over here and one of my first games for Sussex, the lads were like, who is this? Like what is he doing? And, I was like what? Genuinely, it was just the way I played the game and that upbringing definitely had a big influence.”

He mentions a particular moment when he was 18, having recovered from some time in hospital after having his tonsils taken out and losing a heap of weight, where Mark Robinson saw Salt for the first time and was full of praise.

Robinson, the Sussex coach at the time, informed the other coaches not to mess around with his technique. Salt admits that at the time he didn’t know about that, until Robinson would tell him a few years later.

“I remember I was having a hit and Mark Robinson was watching as he was coaching someone else, but then he came and stood in my net and had a watch.

“And he said that he’d just come off the Lions tour at the time and he watched and knew how top players hit the ball and the sound it would make off the bat. And he simply said to me, that you’re doing that. For me, that was a massive compliment at the time.” says Salt.

He adds, “And I didn’t know this until a few years later, but Mark told the coaches at Sussex, to basically leave Salty alone.

“He’s got a solid enough technique and I just want you to leave him alone.

“He only told me this a couple of years ago and Mark. He said that it was because I had something, that was raw in there, that we need to protect and we can’t coach it out of him.”

For Salt, the tour to Barbados will hopefully mark the start of another jam-packed and successful year.

He will head to the PSL to play for Lahore Qalandars straight after, before joining up with Lancashire after his move from Sussex at the end of last season.

His intention and desire to progress and play more of the red-ball game is clear after going through 2021 without playing any of the longer format, but given the lures of the franchise circuit, an impressive showing in Barbados may lead to difficult questions for Salt himself, and perhaps even a gig at the IPL.