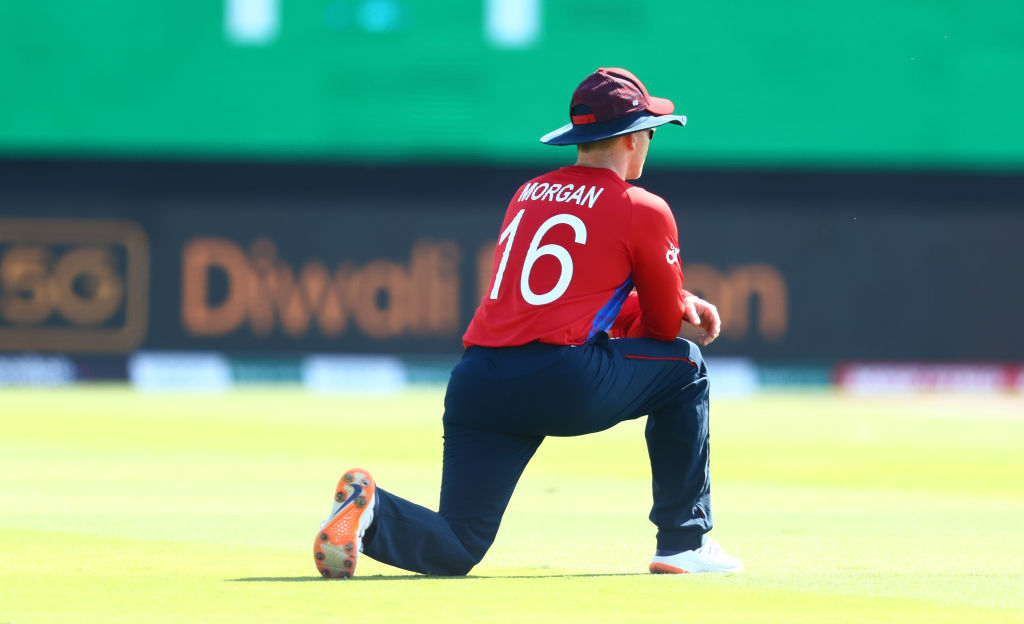 England took the knee for the second time in two matches at the T20 World Cup, joining Bangladesh in the anti-racism gesture ahead of their Super 12s showdown in Abu Dhabi.

A day after Quinton De Kock caused a stir by refusing to do so, withdrawing from South Africa’s game against the West Indies as a consequence, England’s players and staff took the knee as did their opponents.

Eoin Morgan’s side conducted the gesture alongside the Windies on Saturday – indicating it was a signal of respectful reciprocity for their opponents – and marked the first time any England men’s team had taken the knee since the summer of 2020.

England took the knee alongside the Windies and Ireland last year before the practice was shelved, but they wore T-shirts carrying several anti-discrimination messages in a ‘Moment of Unity’ in their home matches this summer.

Morgan stated last week “if we could do that every game, we would” and was backed up by Jos Buttler on the eve of the game against Bangladesh, but the kit regulations for ICC events preclude them from doing so.

“Our position is we stand against any form of discrimination,” Buttler said on Tuesday. “What we’d like to do as a team is a ‘Moment of Unity’, which we did at times during our summer.