England vs South Africa: Eoin Morgan vs Kagiso Rabada and other key battles 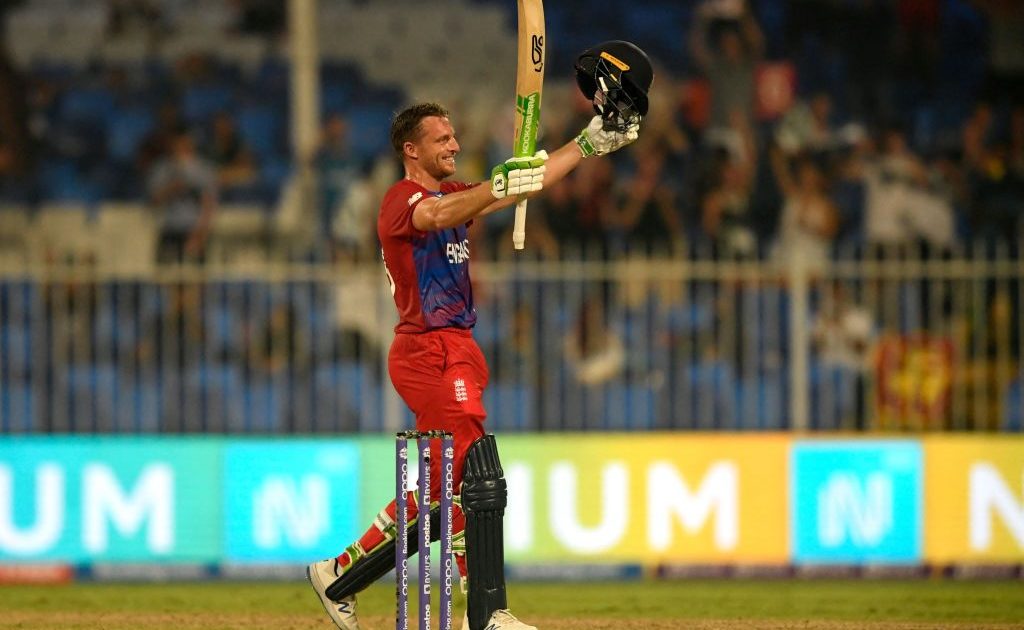 England and South Africa will clash in a key T20 World Cup fixture in Sharjah on Saturday.

The English have all but booked a berth in the semi-finals, while the Proteas are still chasing a definite spot among the final four teams.

There will be several head-to-head battles within the war. Here are five intriguing matchups to key an eye on for England vs South Africa.

Buttler has been an absolute monster at the top of the England order this tournament. He is literally averaging over 200, which has been inflated by three not outs. His 101 not out against Sri Lanka was spectacular.

The hard-hitting right-hander enjoys pace early, but could face a tough challenge against part-time spinner Aiden Markram, who South Africa have deployed with the new ball on occasion.

Markram, too, has been excellent with the bat. His stint with the Punjab Kings in the 2021 IPL in similar conditions has evidently helped.

Very proud day for me and great character from the boys! I love this team!! 🏴󠁧󠁢󠁥󠁮󠁧󠁿 pic.twitter.com/jlQlFlZHBH

Morgan hardly batted against the West Indies – and was not needed at the crease versus Bangladesh and Australia – before putting in a decent shift against Sri Lanka.

This lean stretch of match batting practice and, prior, indifferent form for the Kolkata Knight Riders in the 2021 IPL might be tough to turn around against a Proteas pace attack spearheaded by Rabada.

Rabada’s fight and fire is epitomising South Africa’s quest for a maiden T20 World Cup title. He should relish this opportunity against Morgan, Buttler and company.

They’ll likely be up against another here in England’s Adil Rashid. With Tymal Mills sidelined by injury, Rashid is now England’s lone top wicket-taker at the tournament.

He will need to be at his best against the left-handed David Miller, who can be aggressive over the leg-side against the ball turning into him. Rashid’s variations, especially the one that turns away from the left-hander, could be key.

Wood will likely enter the England XI as a replacement for Mills. They possess similar pace, but England will miss Mills’ slower variation from the back of the hand.

If Wood is given the new ball, he’ll be bowling it at the hard-hitting de Kock, whose form has not been great this tournament.

He’s had to deal with off-field issues and these might be affecting his on-field role. Wood will go hard at de Kock. De Kock will go hard at Wood. This is shaping up to be the best battle of the lot.

It’s possible Ali will be at the crease when Shamsi bowls the core or entirety of his four-over allotment. It will be really interesting to see how South Africa’s left-arm wrist-spinner goes against England’s industrious left-hander.

We should witness some pretty inventive cricket from both parties here. Stay tuned.