Aaron Finch: Everyone wrote us off but we’re ‘still alive’ 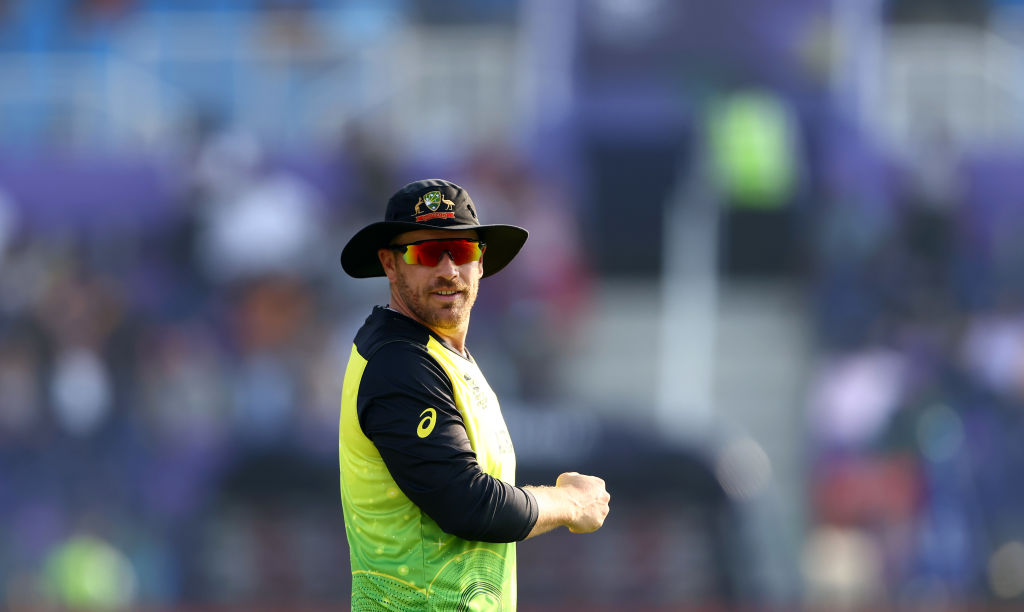 Australia captain Aaron Finch insists he has had unwavering belief in his side at the T20 World Cup despite feeling they were being written off in some quarters.

With just four wins in 15 T20s this year, albeit with weakened squads on many occasions, before starting their campaign in the United Arab Emirates, there were few backing Finch’s team to go all the way in the Gulf.

There were even fewer after their eight-wicket drubbing against England a couple of weeks ago, but they rebounded to win their last two Super 12s games and finish second in the group to set up a semi-final against Pakistan.

Finch has noted with interest how the narrative of a squad with an average age of just over 30 has shifted from being “too old” after their demolition by England to “experienced” now they are through to the knockout stages.

And, ahead of their meeting against Pakistan in Dubai on Thursday, he rejected a suggestion they had exceeded expectations in progressing to the last four.

‘We came here with a clear plan to win this tournament’

“I think in this format of the game, if you look over the last few series, everyone had written us off by now,” Finch said.

“About 10 days ago our team was too old and now we’re an experienced team. That’s just how it all gets portrayed. From day one I’ve had a real lot of confidence in the way that we’ve gone about this with the squad that we’ve got.

“I don’t think that we’ve exceeded our expectations whatsoever. We came here with a really clear plan to win this tournament, and we’re still alive to do that.”

Pakistan have been the standout team of the tournament, with captain Babar Azam registering four 50-plus scores in five innings, while left-arm quick Shaheen Shah Afridi was particularly dazzling in their opening win over India.

While he has only taken six wickets in five matches, he has set the tone in the powerplay and Finch acknowledged how he and fellow opener David Warner fare against the fast bowler could prove important to the outcome.

“The powerplay definitely holds the key,” Finch added. “Shaheen has been in really good form for Pakistan, so that’s going to be a crucial battle no doubt.

“It would mean a lot to win (the tournament), but we’ve still got a semi-final to focus on first, coming up against a very, very good and informed Pakistan, so it’ll be a great challenge.

“I think that will really test us to see where we are in the world.”