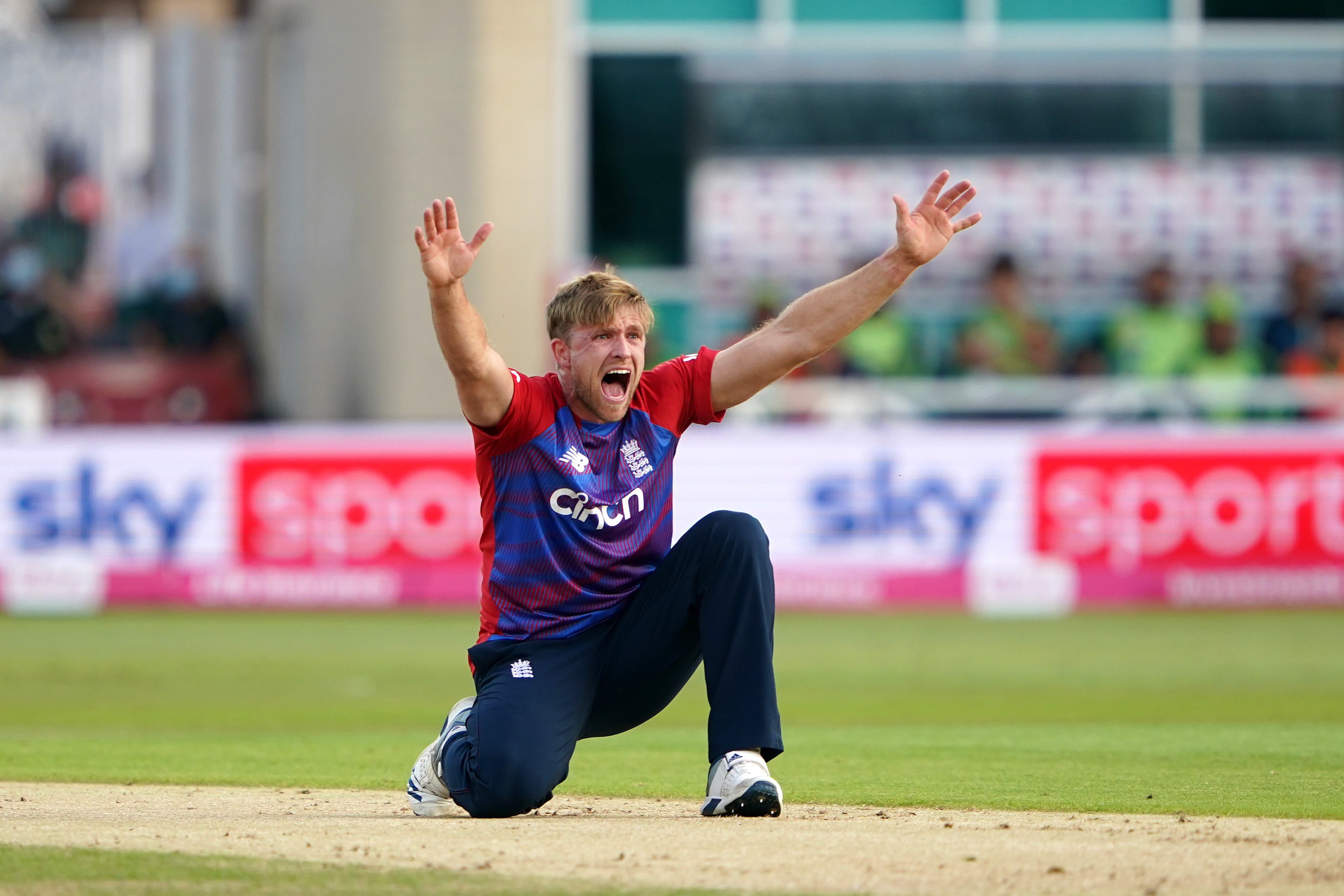 David Willey approaches any England game as if it is his last after reflecting on the perspective he says he gained from being axed ahead of the 2019 World Cup.

While he was a regular in the four-year cycle leading up to that 50-over tournament on home soil, Willey was deemed surplus to requirements following Jofra Archer’s breakneck emergence on to the international scene.

The 31-year-old swing bowler has worked hard to get back into the England fray and is in contention to feature when they start their T20 World Cup campaign against the West Indies in Dubai this weekend.

But he has not forgotten the acute feelings he had of being discarded from a team that went on to make history.

He said: “I don’t think anything that happens in my cricketing career will ever be as bad or disappointing as that. As a kid you grew up wanting to play in a home World Cup.

“To be a part of it for four years and miss out was obviously disappointing but I think the personal growth from me thereon, and probably just refocusing on enjoying my cricket, has been massive for me.

“It’s probably why I’m sat here today, back playing for England. I’m playing every game as if it’s my last and really savouring the moment of pulling on that England shirt.

“It’s not something you get to do every day, and it’s a pretty special occasion every time you do it. When I am finished playing for England, whenever that may be, I want to finish with fond memories.”

Willey believes his role as an opening bowler means fellow left-armer Tymal Mills, a quicker option who often comes on in the middle overs and at the death, is not a direct rival ahead of the tournament.

He said: “We bowl at slightly different phases of the game with very different skillsets. I don’t really see it as being him or myself, to be honest.”

Willey admitted the stifling heat in the United Arab Emirates could be problematic for bowlers due to extensive sweating while the evening dew – England play four of their five Super 12 games at night – presents another hurdle.

England are taking as many precautions as they can, and are looking at using buckets of water to give seamers and spinners alike the chance to see how it feels to bowl with a wet ball, but Willey knows it will be a challenge.

Willey, part of the England side that reached the 2016 final of this competition, said: “The biggest thing for the seamers, towards the back end when you’re sweating the most, is being confident about bowling yorkers.

“The margin for error when you’re doing that is so small and it just becomes more challenging and you can become a little bit more nervous about bowling no-balls and flat ones when that ball is wet.

“All you can do is practice, and put things in place to try and keep your hand dry and keep the ball as dry as possible, even if it’s just dunking balls in buckets and catching, fielding and bowling with these wet balls.”

England captain Eoin Morgan comes into this tournament on the back of some low scores in the Indian Premier League and has even suggested he could drop himself if his form affected the team’s chances of glory.

Willey threw his backing behind Morgan, adding: “Morgs is one of those guys who turns up when it counts, so don’t be surprised if he has an absolute blinder of a tournament and comes out as top run-scorer or something like that.

“He’s one of those players, a match-winner with the bat but his captaincy alone is phenomenal.”