Josh Little: Ireland want to show what they are made of at T20 World Cup 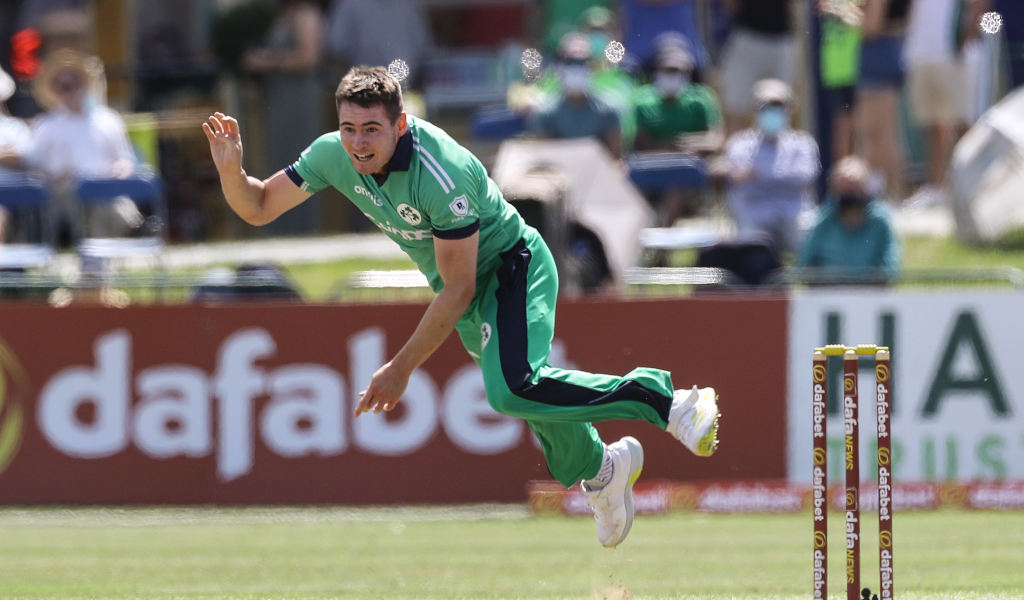 Josh Little is ready to help Ireland write a new chapter in their history after reminiscing about the time he stayed up during the night with a current team-mate to watch a memorable World Cup victory.

The seamer was 15 and still at school when he took part in an all-nighter alongside Harry Tector six years ago. Gripped to the television, the pair saw Niall O’Brien’s unbeaten half-century down West Indies in Nelson, New Zealand to help the nation register another famous win on the big stage.

It was Ireland’s last notable triumph at a major tournament, having also recorded excellent victories against Pakistan and England at previous editions.

Each of the three aforementioned successes occurred in 50-over cricket but the Men in Green will aim to translate those past glories into the shorter format when they start their ICC Men’s Twenty20 World Cup campaign on Monday against Holland.

“Getting to a World Cup was something I always wanted to do and we’ve had some decent preparation so dying to get stuck into it now,” Little told the PA news agency.

“Me and Harry Tector, who is also in the squad, I remember him staying over my house back in the day and we stayed up all night to watch Ireland beat the West Indies.

“I remember that World Cup really well and all the lads I looked up to I am playing with now so that is special to be around them.”

Paul Stirling, Andy Balbirnie, Kevin O’Brien, George Dockrell and Andy McBrine all featured in that historic victory over the West Indies and are part of Ireland’s 15-man squad for the competition in Oman and UAE.

Head coach Graham Ford also has numerous younger members ready to make a mark in Group A that has Sri Lanka, Holland and Namibia all vying for a top-two finish which would send them through to the Super 12s and extend their time in the tournament for a further two weeks.

Little, 21, added: “That Sri Lanka game is absolutely massive. They are a world class side and if we do win it would be very special.

“First it is Holland and we are dying to get one back on them after losing the one-day series in the summer.

“I think there will be a bit there and it will be a very good game. Hopefully we can turn them over and like I said Sri Lanka are obviously a great side but we feel we can turn anyone over on our day. Then Namibia are another who will be a tough challenge but we back ourselves to win that.”

Preparation for their first major tournament in five years has been positive with recent wins over Bangladesh and UAE while a summer T20 series victory over Zimbabwe boosted confidence.

Ireland also pushed South Africa hard in both white-ball formats in July with Little doing his growing reputation no harm with seven wickets.

He again showed his fiery character when he was fined for an incident with Quinton de Kock which brought back memories of when he ruffled Jonny Bairstow’s feathers last year by giving the England batter a send-off.

“That is just how I go about my business. I am just a naturally very competitive person and always have been,” Dublin-born Little insisted.

“I used to play hockey at a decent level and was very competitive in that, so people do say I turn into a bit of a different guy on the pitch but that is because I want to do well so badly. I can’t wait to get going.

“We play the game because we want to beat the big teams and show the world what we’re capable of. We have beaten England, South Africa and the West Indies in recent times so we can do it and we are all ready to try and do it again.”