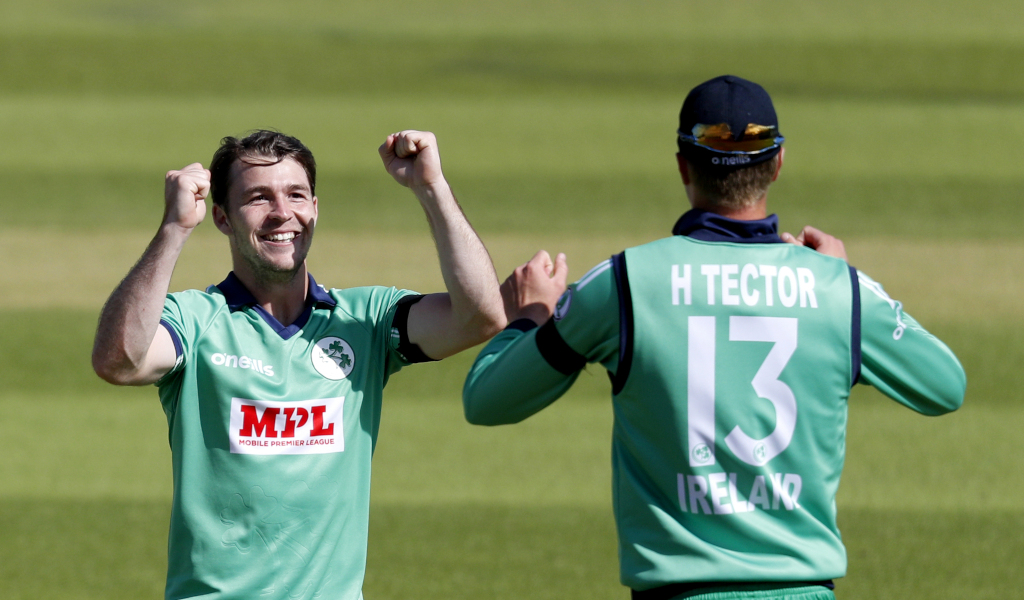 Ireland’s little-known 22-year-old seamer wrote his name into a sport quiz question for years to come when he joined illustrious company with four wickets in successive balls against Holland at the T20 World Cup.

Here, the PA news agency looks at the only three times that feat has been achieved in Twenty20 internationals.

Ireland were on the receiving end of the first four in four when Khan, then the world’s number one-ranked T20 bowler, put paid to their chase of 210 in Dehradun.

Kevin O’Brien was leading Ireland’s reply with 74 until Khan had him caught behind from the final ball of the 16th over, and George Dockrell’s big-hitting cameo was ended by a brilliant boundary catch by Mohammad Nabi from the first ball of the leg-spinner’s next over.

Shane Getkate was stumped next ball and tailender Simi Singh was pinned lbw by a googly as Khan ran riot on his way to final figures of five for 27 in a 32-run win.

Another of the most feared operators of a white ball, Malinga ensured the Black Caps’ pursuit of just 126 in Pallekele was effectively doomed inside three overs.

Having conceded only two runs off his first eight balls, Malinga then bowled Colin Munro with an inswinger for his 100th T20 international wicket – but he was just getting started.

At 15 for four, the game was up and Malinga had Tim Seifert caught at slip in his next over to finish with five for six as New Zealand were dismissed for 88.

Holland had limped to 50 for two from nine overs before South African-born Campher took centre stage in the 10th in Abu Dhabi.

An opening leg-side wide, curiously, gave some indication of the drama to come as Campher’s first wicket required a review, the ball initially signalled wide by Rod Tucker before a DRS review showed the ball had taken the splice of Colin Ackermann’s bat.

Roelof van der Merwe then chopped on to give Campher, in just his fifth T20 international, more wickets than in his previous four combined and another piece of history.