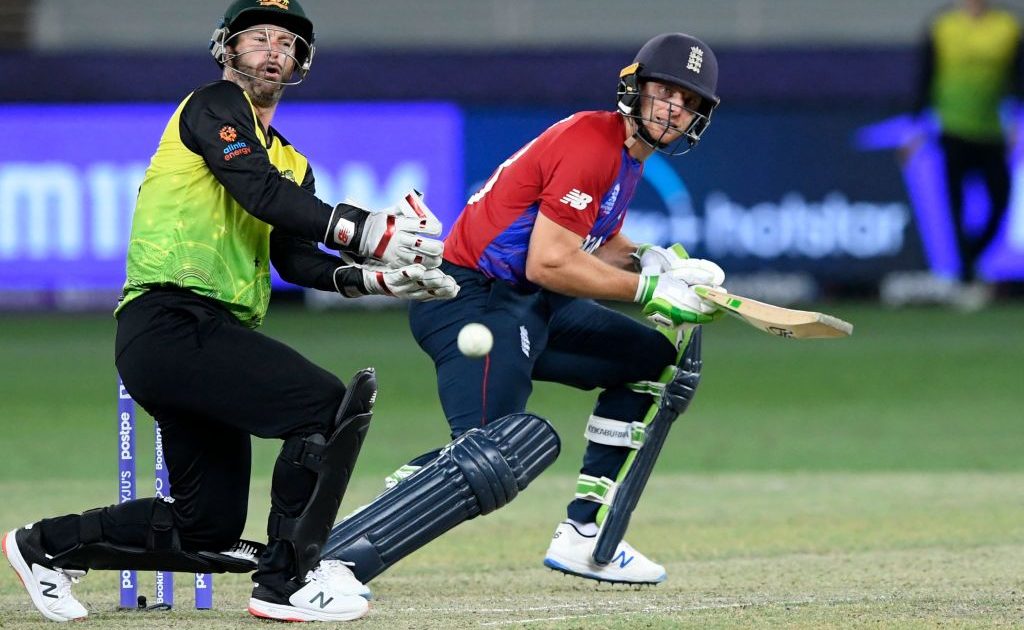 Jos Buttler was at his belligerent best as England took a massive stride towards the T20 World Cup semi-finals by making a real statement of intent with an eight-wicket thrashing of old rivals Australia.

Both sides came into this Super 12s contest having started their group campaigns with two wins but England claimed a hat-trick and now have one foot in the knockout stages after Buttler’s supreme 71 not out from just 32 balls.

The opening batter’s display followed another outstanding collective effort with the ball and in the field, with Chris Jordan hitting top form with three for 17 as an unusually subdued Australia stuttered to 125 all out.

Chris Woakes set the tone by snaring the menacing pair of David Warner and Glenn Maxwell, in-between taking a stunning catch to see off Steve Smith, as Australia lurched to 15 for three, which seemed decisive early on.

Aaron Finch held Australia’s innings together with 44 from 49 balls before they finished with a flourish as Tymal Mills proved expensive with two for 45, but it proved a mere footnote on a sticky night in Dubai.

If there is a psychological edge to be gained from this result ahead of this winter’s Ashes – as some have suggested – then England have snatched it, with Buttler in fearsome form with five fours and as many sixes.

Buttler does it for England

Buttler – and Jonny Bairstow, with an unbeaten 16 off 11 balls – got England over the line with a whopping 50 balls to spare on an evening where Eoin Morgan called correctly at the all-important toss, electing to field first.

With the chasing team winning 16 of the 19 contests in the United Arab Emirates during this competition before this clash, it proved something of a simple decision for Morgan, whose unchanged side took the knee alongside Australia.

England’s use of Moeen Ali at the start had been a resounding success with figures of 7-1-35-4 so far but he was surprisingly unused in Australia’s innings, with Adil Rashid preferred with Woakes making inroads at the other end.

Warner had ended on 65 in the win over Sri Lanka after a run of low scores but he made just a single before shuffling down the pitch off Woakes, who angled one across the left-hander and tickled the outside edge.

Steve Smith looked ill-at-ease during his brief five-ball stay, which ended when he shovelled a toe-edge off Jordan to mid-on, where a backpedalling Woakes took a one-handed blinder before then taking out Maxwell in his next over as the dangerous Australian batter played all around a fuller ball and was trapped plumb in front.

Finch had watched the carnage unfold from the other end and attempted to rebuild alongside Matthew Wade and then Ashton Agar. But there was a remarkable lack of impetus from Australia, and England’s fifth bowler Liam Livingstone got through four boundary-less overs for 15, chipping in with the wicket of Wade, who slammed to long-on for 18.

The 17th and 18th overs yielded a combined 35 runs as Agar cleared the boundary rope twice off Woakes before pulling into the deep off Mills, who conceded back-to-back sixes off Pat Cummins. Australia’s momentum was checked as Finch holed out off Jordan in the penultimate over before Cummins was cleaned up by an 89mph yorker next ball.

Australia collected 50 runs from the final four overs, also losing their last five wickets, but while Mitchell Starc, Josh Hazlewood and Cummins are a vaunted pace trio, Jason Roy and Buttler were unfazed as they raced to 66 without loss after the powerplay.

Cummins was taken the distance by Roy before Buttler, having slammed Agar over long-off in the previous over, took Starc to task, the left-armer punished for bowling too full as England’s big-hitting wicketkeeper-batter smashed back-to-back sixes, the second effort recorded at 95 metres.

Roy departed for 22 off 20 balls after missing a reverse sweep and being rapped on the pad while Dawid Malan feathered Agar through to wicketkeeper Wade, but Buttler was proving unstoppable.

He brought up a 25-ball fifty with a mighty mow off leg-spinner Adam Zampa, who watched on helplessly as Bairstow clobbered him for two sixes in the space of three balls.

Bairstow hit into the deep in the offside as he and Buttler scampered through for a single in the 12th over that saw England over the line as they emulated the result of the 2019 World Cup semi-final between the teams.