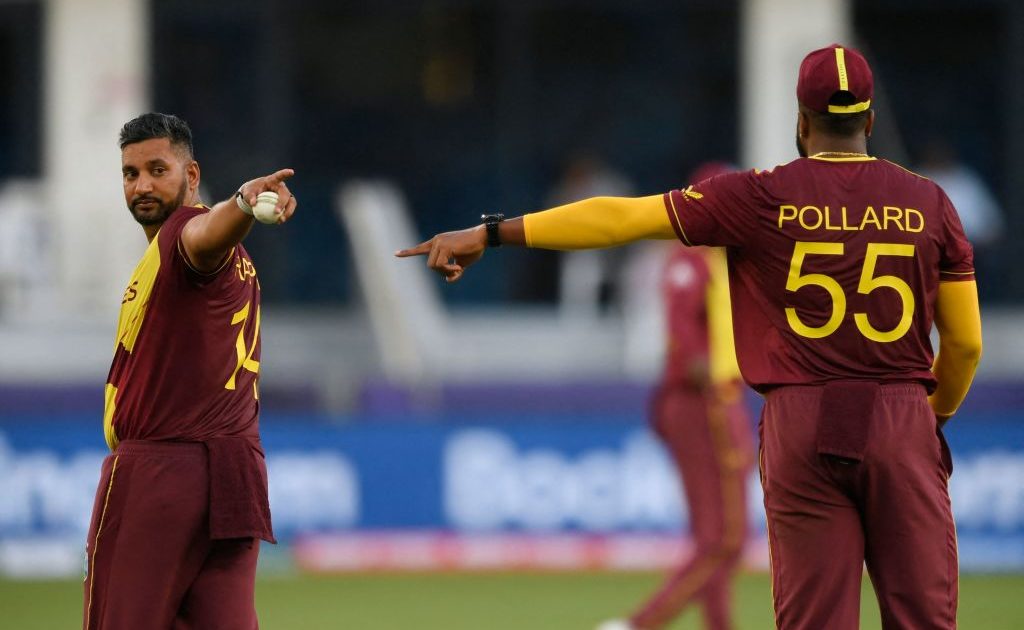 West Indies skipper Kieron Pollard refused to point fingers at any teammates after his side’s 8-wicket defeat to South Africa in the T20 World Cup.

Put in to bat the West Indies managed just 143 for 8 in their innings despite navigating the powerplay without losing a wicket.

Some fingers have been pointed at Lendl Simmons who consumed 35 balls for his 16 in an innings that appeared glacial in contrast to the action of the last few days in the UAE.

Pollard said that it was clear that Simmons got stuck and had tried to ensure that he didn’t give his wicket away, which clearly hampered the West Indies progress.

When Simmons did depart, comprehensively beaten by a cutter from Kagiso Rabada, the Proteas kept the squeeze on and a procession of batters tried and failed to increase the run rate.

Evin Lewis had been effective at taking on the spinners Keshav Maharaj and Tabraiz Shamsi but while the latter had a rare off day, the former pulled things back and picked up the wickets of Lewis and Pooran in successive overs that derailed the West Indies batting effort.

Maharaj was aided in his squeeze job by some brilliant fast bowling from Anrich Nortje and Pollard could only lament his side’s failure to put enough runs on the board.

“I thought the first 6 overs, the end result of 43 without loss we would have taken that. We wanted to keep that momentum going but we lost a couple of wickets. It was a kind of stop start position. [On Simmons] These things happen, yes he got stuck. After 6 overs he was there and we wanted to bat a couple more overs without losing wickets. Having said that you are not going to get me here throwing my teammates under the bus. They’re trying. At the end of the day you saw Rassie came out and played the same for them. It was a disappointing total batting effort not getting 160 plus. Before we think about the net run-rate we’ve got to win first.”