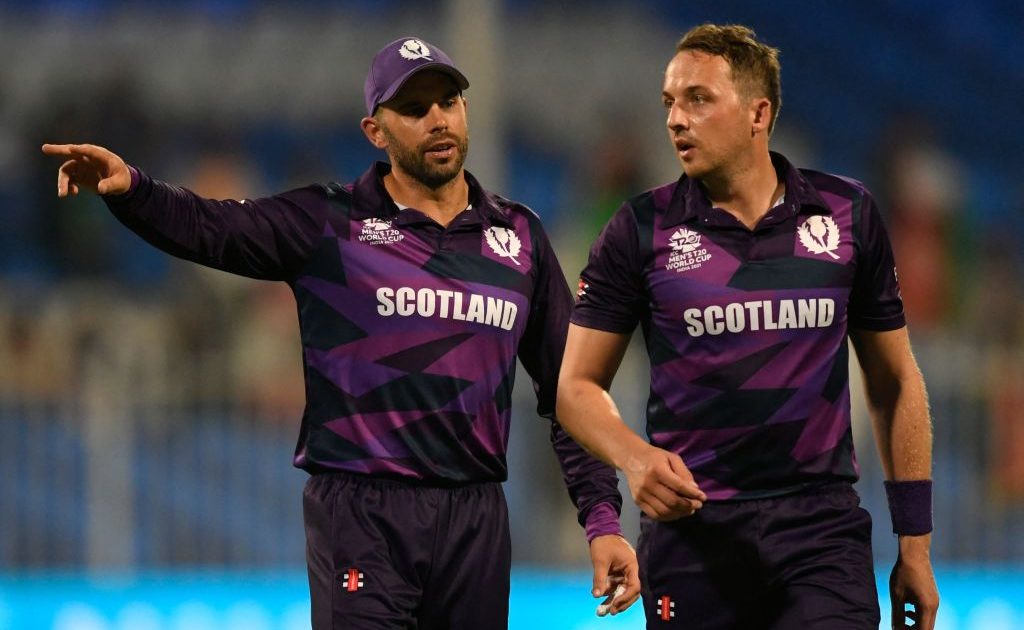 Scotland captain Kyle Coetzer has urged his team to continue to believe they deserve to be at the T20 World Cup ahead of Wednesday’s Super 12s clash with New Zealand in Dubai.

Coetzer’s side were skittled for 60 in a 130-run defeat to Afghanistan in their opening Group 2 match in Sharjah before slipping to a four-wicket defeat to Namibia in their second game.

But the Scotland skipper has called on his players to keep the faith as they prepare to take on the Black Caps, who suffered a five-wicket loss to Pakistan in their first match before going on to beat India by eight wickets on Sunday.

“I think every game, every team, every player puts some sort of expectation on themselves, we have to be OK with that as well,” Coetzer said.

“We have to keep believing that we can play against these teams and we deserve to be here and that’s why we are here.

“The expectation is always there, and you have to have some on you, but you have to be willing to embrace it and take that on so you can actually let your skills out.”

Scotland won all three of their preliminary fixtures, which included a surprise victory over Test side Bangladesh, but have three tricky contests on the horizon as they seek their first victory of the Super 12s stage.

Kyle Coetzer and Scotland still in the hunt

After New Zealand, they face India on Friday – also in Dubai) and then Pakistan in Sharjah on Sunday.

As one of only two non-Test playing nations remaining in the competition, Scotland will be hoping to make their mark against the Black Caps.

“Obviously (we have had) two losses so it was nice to have a couple of days off actually because it’s been pretty full on since leaving Oman to come into some competition and emotions were up and down,” Coetzer added.

“So we’ve taken a bit of time to just reflect on that and find our feet a little bit and the last couple of days we’ve had some practice so the guys have really aligned themselves, got themselves prepared for what we’re going to face over the next couple of days.”