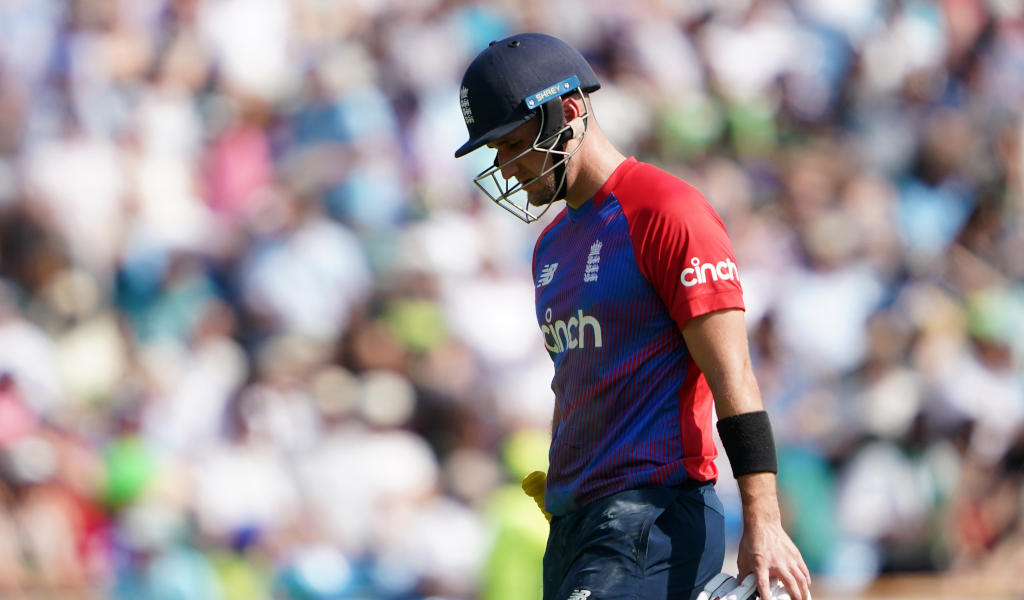 Liam Livingstone is optimistic of rediscovering the outstanding form that marked him out as a must-watch over the summer after his run of low scores with the bat continued in England’s T20 World Cup opener.

The Cumbrian blazed a trail during the county season, registering England’s fastest-ever century off just 42 balls before a series of outstanding innings in the inaugural edition of The Hundred, replete with highlight-reel sixes.

He hit a bump in the Indian Premier League with four single-figure scores in five knocks and made just a single against the West Indies in Dubai on Saturday before slow left-armer Akeal Hosein took a sensational diving catch.

It mattered little as England won their first Super 12 match with ease and Livingstone accepts his flip-flopping fortunes are part of the vagaries of T20s, but he indicated on Monday he is hopeful his luck will soon change.

“I’m working as hard as I ever have off the field,” he said. “I’ve had another really good training session today and things feel like they’re getting back to where they were in the summer.

“Hopefully I can take that into the next couple of games.

“The big thing I told myself in the summer was things were going really well but it wasn’t as though I completed cricket. I knew things could change very quickly like they did in the IPL.

“I found the IPL really difficult and I guess it’s more getting used to different conditions and maybe little tweaks in your technique that creep in after having a couple of weeks’ break. But I’ve had a great summer.

“I have brought a lot of confidence from the summer and I still have a lot of that stored away.”

England, who take on Bangladesh on Wednesday, steamrolled the Windies as the defending champions were blown away for a measly 55 in 14.2 overs, with Eoin Morgan’s side winning by six wickets and with 70 balls to spare.

At the same Dubai venue 24 hours later, tournament favourites India suffered an ignominious 10-wicket defeat against arch rivals Pakistan, who claimed their first World Cup win – in 50 overs or T20 – over their neighbours at the 13th attempt.

“I wouldn’t say they’re shock results, I just think it shows T20 cricket at the moment, anybody can beat anybody,” Livingstone said. “It just goes to show you’ve got to be right on your game and there’s no taking any game lightly.

“When you’ve got the tag as favourites or whatever it is, it doesn’t really mean anything when you step on the pitch, there’s so many match-winners in all of the teams.”

News of Ben Stokes’ late inclusion in England’s Ashes squad, declaring himself ready to return to competitive cricket after an extended break to focus on his mental wellbeing and fully recover from a finger injury, was a major talking point on Monday.

Stokes will join the Test specialists and supplementary Lions squad on the plane to Australia on November 4, with those out in the Gulf joining them after this tournament.

“I know the lads have been talking about it here and it’s really nice to see Ben coming back to cricket,” Livingstone added.

“To have Ben around a group is great.

“I’ve played a lot of cricket with Ben over the last couple of years and just to have him around an environment is a massive boost for any team, especially going into a massive series like the Ashes, it’ll be great for the lads to have Ben around.”