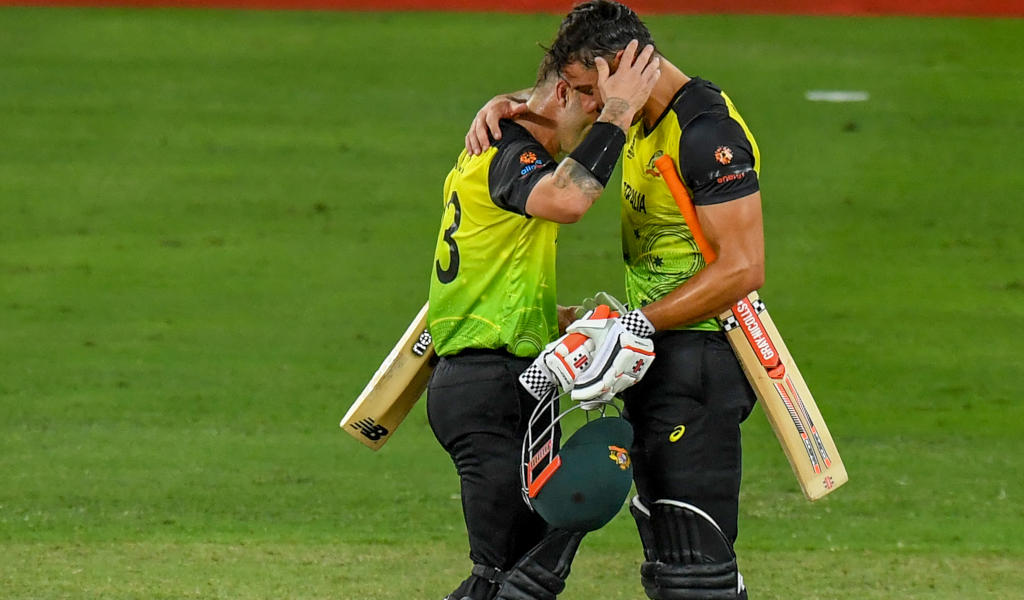 Australia are into the T20 World Cup final as a remarkable rescue act from Marcus Stoinis and Matthew Wade sealed a five-wicket victory over Pakistan at Dubai.

Pakistan were heavily fancied to book a showdown against New Zealand on Sunday and that was reinforced when Australia stumbled to 96 for five in pursuit of 172 after Shadab Khan collected his fourth wicket of the innings.

But Stoinis and Wade were undeterred, whittling down the target to 22 off the final 12 balls in an unbroken 81-run stand. Wade then ended matters with an over to spare thanks to three sixes in a row off Shaheen Shah Afridi.

Wade, dropped in the deep on 21 moments before launching an attack on Afridi, was unbeaten on 41 from 17 balls and Stoinis was a capable foil on 40 not out from 31 deliveries as Australia defied the odds to reach the showpiece.

Hammered by England at this venue less than two weeks ago, they have responded in emphatic fashion and they ended Pakistan’s 100 per cent record in the tournament to guarantee a first-time winner will be crowned on Sunday.

It emerged afterwards that Pakistan opener Mohammad Rizwan had spent the build-up to this semi-final in intensive care with a chest infection but he roused himself to contribute a crucial 67 from 52 balls.

Fakhar Zaman’s unbeaten 55 from 32 deliveries lifted Pakistan to 176 for four after they were asked to bat first and Shadab’s four for 26 seemingly put the tournament favourites in a handsome position.

Australia were profligate in the field, putting down three catches of varying degrees of difficulty, but Hasan Ali spilling a relatively simple chance proved decisive as Wade capitalised to silence a partisan Pakistan crowd.

Pakistan skipper Babar Azam was left to rue that drop.

“The way we started in the first half, we got the total we targeted,” he said.

“But we gave them too much of a chance at the end of the chase.

“If we had taken that catch, it might have made the difference. But the way we played this tournament, the way we gelled, I’m very satisfied as a captain.

“I hope we try and learn from our mistakes after this. Definitely, if we’ve played so well in a tournament, we’ll gain confidence, and we’ll continue to try and play this way.

“The roles we’d defined for the players, they all executed very well. The way the crowds supported us, we enjoyed it a lot as a team, as we always do, and I’m very grateful for it.”