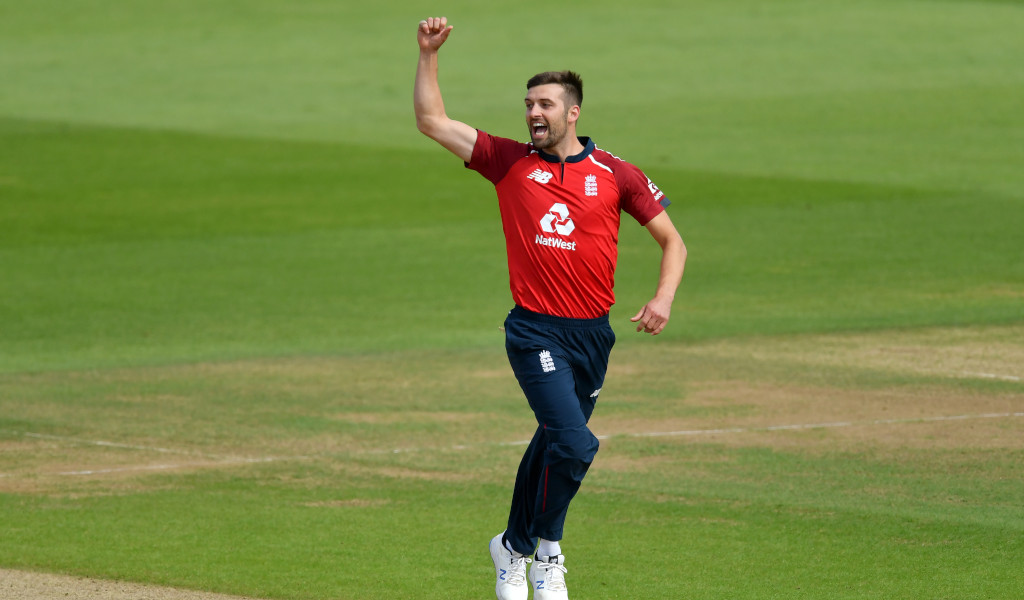 Mark Wood believes he can thrive alongside Tymal Mills at the forthcoming Twenty20 World Cup and plans a repeat of his speed gun rivalry with Jofra Archer.

Wood was spurred on to bowl faster by Archer’s presence as England claimed a historic 50-over World Cup title two years ago, coming out on top of the duel by sending down a 95.7mph delivery in the final against New Zealand.

Archer’s longstanding elbow issues will preclude his involvement as England go in search of a limited-overs double in the next month but his Sussex team-mate Mills has shown he can easily breach the 90mph barrier.

There has been speculation that the slow pitches in the United Arab Emirates, where England play all their Super 12 games, starting against the West Indies next Saturday, might mean Wood and Mills are battling it out for one spot.

Wood, though, rebuffed the suggestion, insisting they could feature in the same XI together and, if so, he will be egging on his fellow quick to go all out in a pace-off.

“It worked for me and Jofra, so me and T might have to keep it going,” Wood said. “He’s looking the business at the minute (in the nets) so hopefully he can bring some fire and I’ll have to up my game as well.

“Jofra certainly helped me in the 50-over World Cup, and it would have been brilliant to have him. He’ll be a huge miss, I think, because the quality that he brings in Twenty20, he can put people on the back foot from ball one.

“It’s up to me and T to carry that forward. It’s nice that me and Jofra had played together and proved you can have two fast men in the side, not just one. So hopefully me and T can get a game or two together in the competition.”

With left-armer Mills restricted to white-ball formats because of a congenital back condition and Archer and Olly Stone, currently nursing a stress fracture in his lower back, having long lay-offs, Wood looks set to be England’s only 90mph bowler at the Ashes, which is slated to get under way after the T20 World Cup on December 8.

His own chequered past with injuries led to him conceding he will “probably” not play all five Tests but he thinks England are capable of doing something special in Australia with James Anderson and Stuart Broad in tow.

“Look, that would have been the plan for me, Stoney and Jofra and we’d hit them hard,” Wood said. “Unfortunately, injuries happen, I’ve had plenty myself and it’s hard on those lads because you want them to be there.

“But the main thing is if we can set the base with the bat and get the big runs, we’ve got a great chance of bowling them out with the likes of Broad and Anderson – they’re high-quality performers.”

Ben Stokes was considered unavailable when the 17-strong Ashes squad was announced earlier this month as he focuses on his mental wellbeing and recovery from a second operation on a problematic left index finger.

However, the all-rounder has fuelled speculation of a late inclusion by posting a video of his return to nets on Thursday, batting for the first time since taking an indefinite break from the game at the end of July.

Wood, who revealed he has had no contact with his Durham team-mate lately, was adamant Stokes’ situation and a possible comeback in Australia has not been discussed among the Ashes squad members who are at the T20 World Cup.

“Not once among any of the players has Stokesy been mentioned,” Wood added. “The one thing at the forefront of everyone’s minds is they just want him to be alright. No one wants to even think past that.

“Hopefully the other things are going well and then the cricket can just naturally come back to him. He’s not going to lose it all overnight, he’s a quality player, so he’ll get back into it. It’s just whether he’s feeling good.”