Home T20 World Cup Martin Guptill not getting carried away with 3,000 runs milestone

Martin Guptill not getting carried away with 3,000 runs milestone 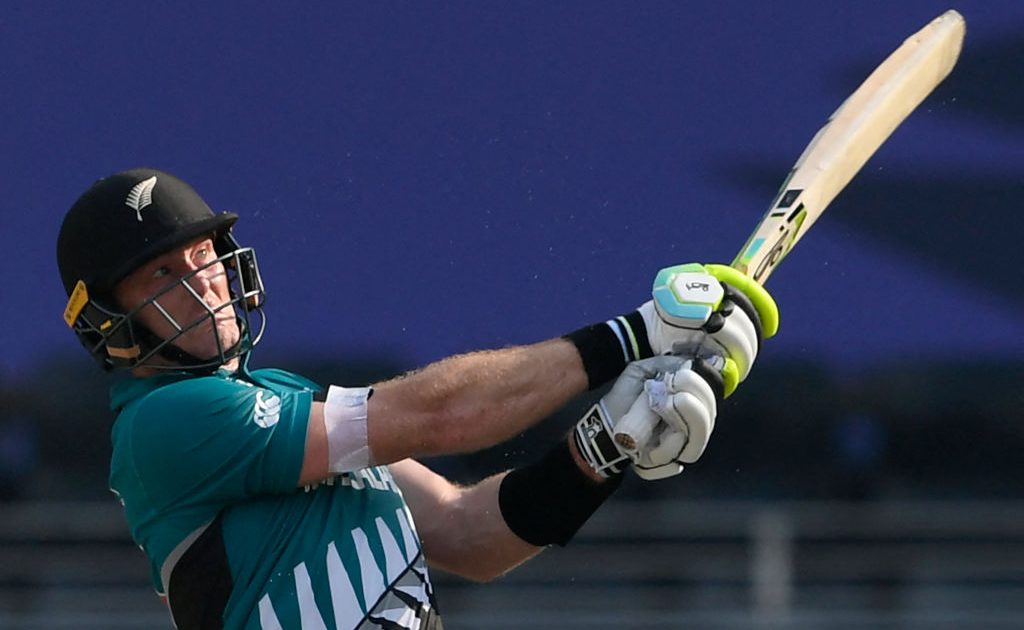 New Zealand batter Martin Guptill smashed a 56-ball 93 against Scotland to become only the second man to pass 3,000 Twenty20 International runs, but he isn’t getting carried away by his achievement.

A visibly drained Guptill said that the Black Caps are wholly focused on joining Pakistan as their group’s semi-finalists.

Guptill helped New Zealand reach 172-5 before Scotland battled to a respectable 156-5 off their 20 overs.

The Kiwis’ second win in three matches in the Super 12 stage has kept them on course for the semi-finals, but they will need to win their remaining matches to guarantee their spot.

New Zealand, Afghanistan and India are fighting it out for the last qualifying spot.

Guptill pulls New Zealand back into it

Put into bat, 35-year-old opener Guptill put on 105 for the fourth wicket with Glenn Phillips.

Guptill’s knock included six fours and seven sixes, with his first maximum off Alasdair Evans in the sixth over allowing him to pass 3,000 runs in the format, after only India captain Virat Kohli.

“I was pretty cooked. We’ve got a day off so I won’t be doing much tomorrow,” said Guptill after batting almost the entire innings in sweltering heat.

“We didn’t have a great start, losing three wickets in the powerplay. Glenn and I had to assess the situation and get a partnership together. We created a bit of momentum.”

Phillips contributed a steady 33 off 37 balls before he was dismissed by Brad Wheal.

The Scottish bowler also accounted for a weary Guptill who now has 3,069 runs in T20 Internationals while Kohli leads the way on 3,225.

“It’s pretty cool but it’s not necessarily about the personal milestones or anything like that,” added Guptill.

“It’s about getting the wins for the team. Today was a good day for us and we go again in a couple days’ time to hopefully do it again (against Namibia).”

Scotland captain Kyle Coetzer admitted he was briefly excited by the prospect of an upset win.

“There were a couple of moments. We picked up three wickets coming out of the power play. That was really important for us,” he said.

“The class of Guptill showed through there I thought, and Phillips when he came in, they built a really powerful partnership.”

New Zealand hit 35 from the first four overs, 24 of those off Wheal.

But Safyaan Sharif then sent back Daryl Mitchell for 13 and, four balls later, claimed the key wicket of skipper Kane Williamson for nought.

At the midway point, the Black Caps were 70-3 before Guptill completed his 18th T20 half-century off 35 balls with another six, his 150th in the format.

The loss to the Black Caps has confirmed Scotland’s exit from the tournament.