Home T20 World Cup Matthew Cross: Scotland have put their heavy defeat to Afghanistan behind them

Matthew Cross: Scotland have put their heavy defeat to Afghanistan behind them 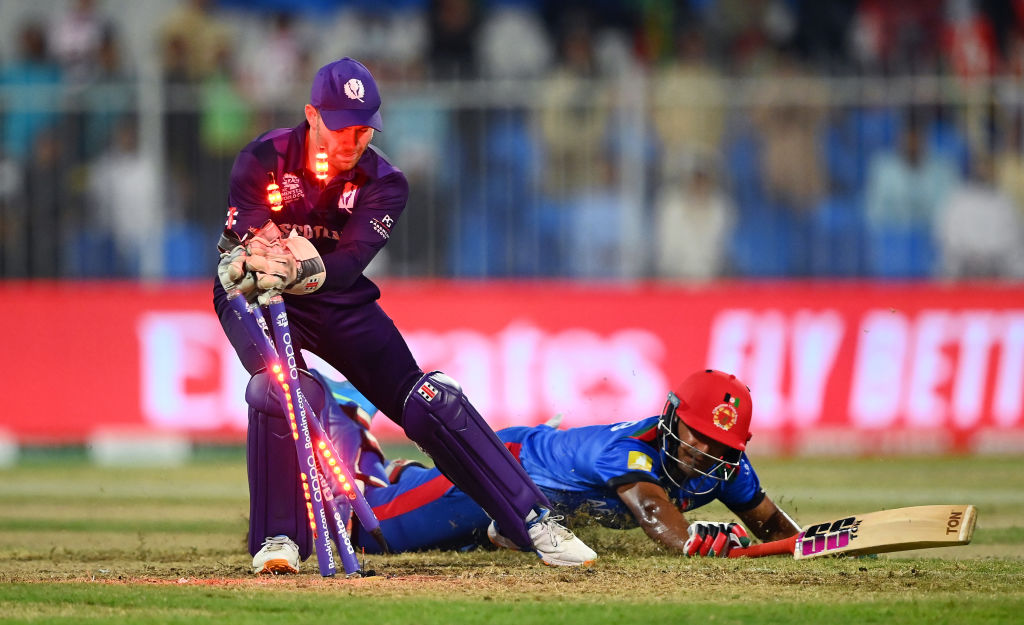 Matthew Cross insisted Scotland have drawn a line under their 130-run thrashing by Afghanistan and are fully focused on their next T20 World Cup assignment against Namibia on Wednesday.

Chasing 191 in Sharjah on Monday, Scotland lurched from 28 without loss to 38 for six and then 60 all out, undone by the brilliance of spin twins Mujeeb Ur Rahman and Rashid Khan, who shared nine wickets.

But wicketkeeper-batter Cross, the only wicket to fall to pace in Scotland’s innings, believes the quick turnaround in matches means they have been able to move on.

“I don’t think it dents our confidence in the slightest,” he said.

“We had a very brief chat after it. It obviously was very disappointing, but at the same time T20 comes quick and fast, so there wasn’t too much dwelling and chat on the game specifically.

“I think it was we’ve got to back ourselves and believe in what we’ve done so far. We’re playing a team next in Namibia that we know a bit more about, and we expect to bring a better performance.”

Scotland and Namibia are the only two non-Test playing nations remaining in the competition, with the African side defeating Ireland in the first round to seal their spot in the Super 12 stage.

Scotland were victorious in all three of their games in the previous round, including a shock win over Bangladesh, and Cross is confident they can get back to winning ways in Abu Dhabi.

“We’ve got four big games to try to put hopefully another full member win on the board and a win against Namibia,” he added.

“Namibia are a very good team. I actually said before the tournament started, I expected them to go through from our group. I’m pleased that they did.

“We know enough about them. We’ve played against them three or four times in the last couple, maybe three years now. There’s no real surprises, but at the same time we do expect to go out there and win.”