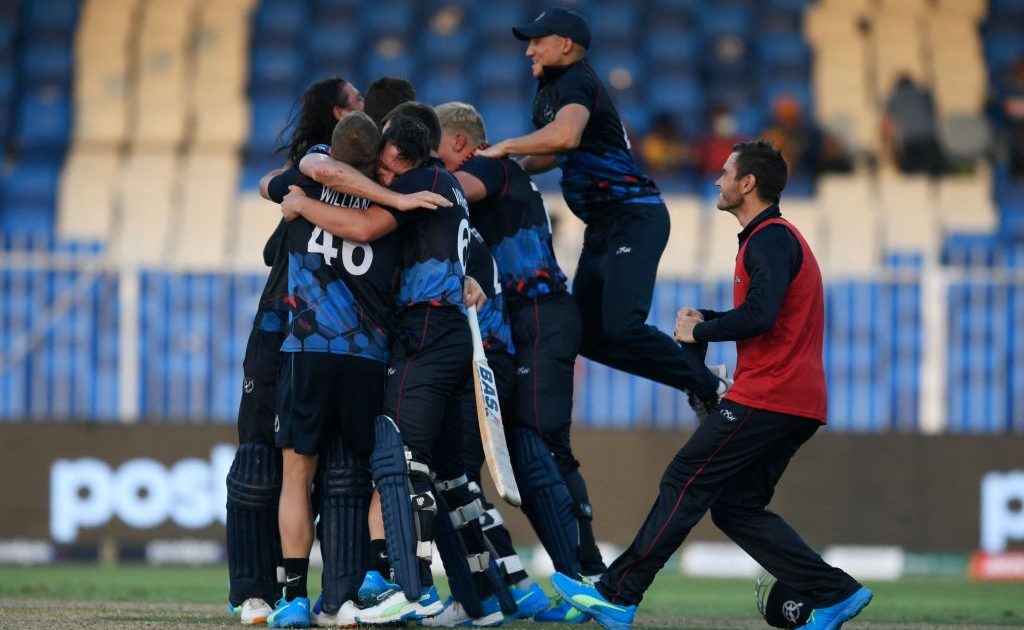 Namibia head coach Pierre De Bruyn was “ecstatic” for his players after they secured a place in the main draw of the Twenty20 World Cup, hailing it as a “dream come true”.

The African nation of just two and a half million people reached the Super 12 stage with an eight-wicket victory over Ireland, who crash out of the tournament.

Captain Gerhard Erasmus struck an unbeaten half-century in an historic moment for his side, who only recorded their first-ever World Cup victory earlier at the tournament against Holland.

Ireland have not qualified for the main draw since 2012 and their below-par total of 125 for eight was expertly chased down by Namibia.

“Looking forward to this next stage, it’s ultimately a dream that’s come true for these players,” De Bruyn said.

“They were seven- or six-year-old boys dreaming of playing against India or Pakistan in a World Cup and it’s happened.

“We’re going to have a nice bus journey back to our hotel and for me, that dream has come true for these players.

“All they had the last few years until now was to watch these guys on TV and dream about it and they’re going to wake up in the morning thinking it’s real and I’m just so pleased for them.”

Namibia had just three full-time contracted players when they were awarded ICC status in 2019 and were able to hand out 16 professional deals.

“I mean we’re ecstatic, I’ve got to remind myself what just happened out there but it happened to a really good group of people,” the head coach said.

“We’re not an organisation with the luxury of a lot of resources around us. I’ve got 18 players to pick from in my national squad and I know what they’ve put in the last three years and what happened out there today.

“I suppose it sounds like a cliche saying the hard work has paid off but it really did and I’m ecstatic for the boys.”

Ireland captain Andy Balbirnie insisted that he does not blame his squad despite their disappointing tournament exit.

The result also means a place in the next World Cup is not guaranteed and they will be forced to qualify again.

“We know how good our two lads up top (Paul Stirling and Kevin O’Brien, who put on 62) are and it’s disappointing today that we couldn’t back it up,” Balbirnie said.

“What I will say is that it wasn’t an easy wicket to come in and score from a run a ball, obviously David Wiese came in and did just that but he’s obviously a powerful player.

“But I can’t fault the guys, the way they’ve trained and worked to this point, I’m not going to sit down and blame the middle order. We’ve come a long way but I think we’ve got to find that consistency and hopefully we can do that.”