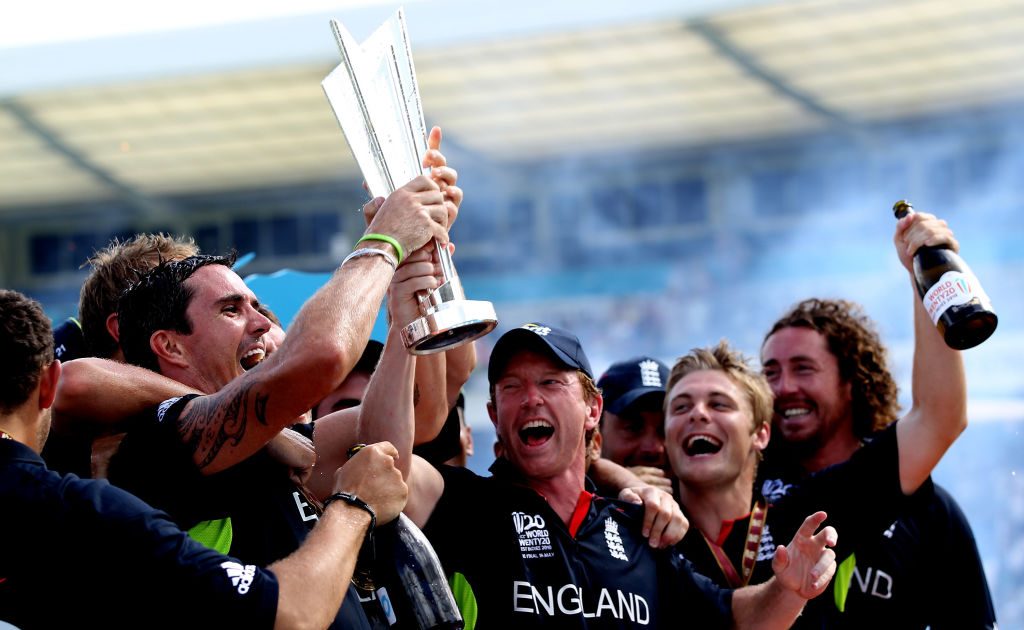 Paul Collingwood sees parallels between the current England side gunning for glory at the T20 World Cup and the one he captained to the trophy 11 years ago.

England stand on the brink of the semi-finals after four wins from four in their Super 12s group, with Jos Buttler in exceptional form among the tournament’s leading run-scorers while the bowlers have been collectively excellent.

No side has yet been able to amass 140 against England, although an injury to left-arm quick Tymal Mills means they will have to alter their line-up for the first time in their campaign against South Africa in Sharjah on Saturday.

The 2010 class relied on miserly bowling and the runs of Kevin Pietersen as they went all the way in the Caribbean and Collingwood, now an England assistant, believes there are some similarities between that side and this one.

He said: “In 2010 the bowling unit understood its roles, it got a system, a strategy that worked and it seems that the bowlers in this tournament have found a strategy and all the bowlers understand their roles in the side.

“I’m delighted with the way we’ve gone about it with the ball and our fielding. I think we’re gaining momentum. Each victory you keep learning, keep understanding the surfaces that you’re playing on and play smart cricket.

“I’m enjoying how the guys are going about their business, not just on the park itself but in training. Also in the environment that we’re in, trying to get away from it and recharge the batteries as well which is important.

“I’m really delighted where we are at the moment but I don’t think we’ve delivered our best game as yet. I think there are some improvements to be made. But hopefully those perfect games come later on in the tournament.”

Collingwood marshalled England superbly to their first ever global trophy while this side led by Eoin Morgan is seeking to become the first team to hold both World Cup titles simultaneously following their 50-over success in 2019.

Collingwood refused to be drawn on which side he thought was better but admitted his mother is more nervous watching the current crop than at any point when her son was playing.

“I’m as excited as I was back in 2010. It sounds like my mother’s excited as well. She messaged me the other day and said ‘this is worse than watching when you were playing’, so she seems pretty nervous about it.”

Mills’ right thigh strain has drawn a line through his availability for the rest of the tournament, but England are stocked with left-arm options in David Willey and Reece Topley, who has been added to the squad from the travelling reserves.

An alternative may be Mark Wood, who has missed all of England’s games after having a pain-killing injection in his left ankle. But Collingwood revealed the pace bowler is on course to be fit and could be tailor-made for Sharjah.

Collingwood said: “(Mills) is a huge loss but another person’s gain. It looks positive with Mark Wood, he’s had a session bowling. As long as he comes through these next two sessions, I’d hope he’d be available for selection.

“What seems to have been difficult to play in Sharjah is the real fast skiddy bowlers that bash the wicket from about eight metres and trying to hit the top of the stumps and get a little bit of variable bounce there.

“If Woody was 100 per cent fit then he’s the type of bowler you would look for on that surface.”