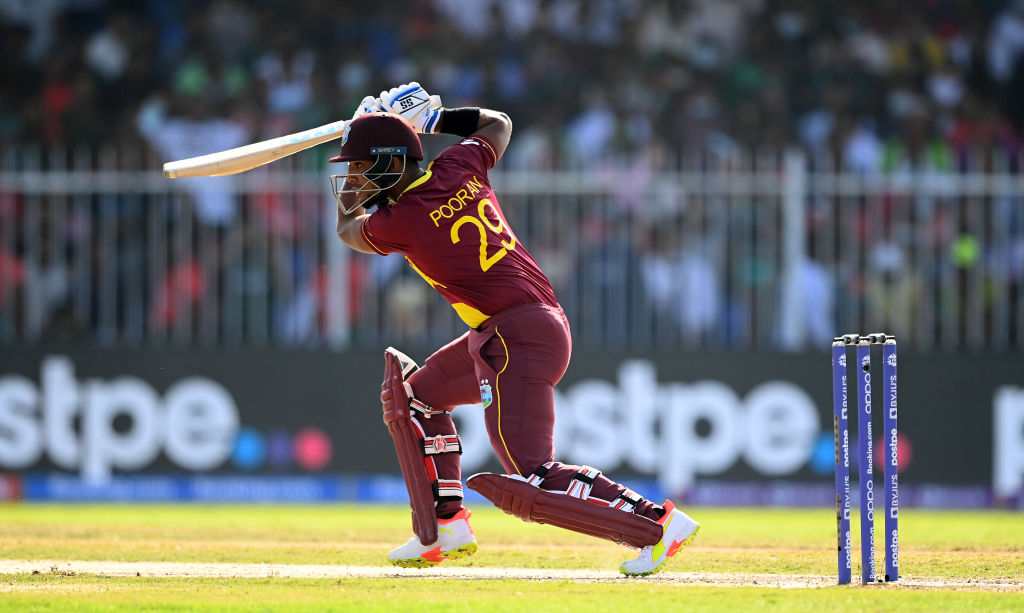 Despite a clutch of early wickets West Indies skipper Nicholas Pooran had to resist the urge to come out to bat too early against Bangladesh.

Pooran gave the West Indies a big finish which proved to be more than the difference between the two sides on the day.

Speaking after the match, the wicketkeeper batsman said he was held back on purpose and the game plan came off.

“We talk about batsmen taking responsibility and doing what’s needed for the team,” Pooran said as he accepted the man of the match award.

“The batting hasn’t clicked yet and we needed to put our hands up. I felt as a cricketer and a batsman I needed to put my hand up. We were missing Polly too.

“I have been working very very hard for the last couple of months, things just hadn’t gone my way. I hadn’t been doing myself justice, giving away my wicket. I’m always confident and positive about my attitude and skills.”

With Kieron Pollard falling ill during the match, Pooran was left to stand in for the skipper at the post-match presentation.

England captain Eoin Morgan ‘gets it right almost every time’

Pooran took over the leadership of the team when Pollard left the field but said the experience in the ranks made it an easy job. He lamented a string of dropped catches which kept Bangladesh in the hunt for longer than they should have been.

“It’s tough managing all the players, but everyone gives me full support. All hands on the deck on field.

“Unfortunately we didn’t really take all our catches, but the belief was there.”

Pooran said that Pollard is looking good and should recover to lead the West Indies next time out.

“He looks fine, the medical team is still working with him but he should be okay,” Pooran went on.

“You can see why he’s a wonderful leader, walking back in to hit that last-ball six. We try to be someone like that in the future.”

The West Indies enjoy a bit of an extended break now with their next match only coming next Thursday, when they will face Sri Lanka in Abu Dhabi.