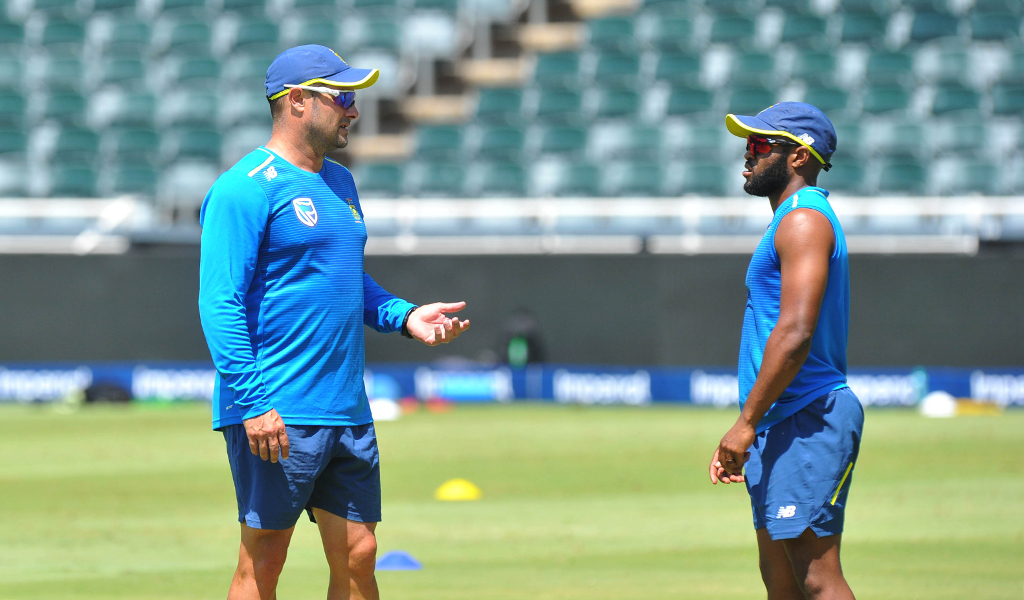 South Africa coach Mark Boucher was disappointed to see his side fail to reach the semi-finals of the T20 World Cup, despite their impressive 10-run victory over England on Saturday.

The Proteas lost just one of their group stage matches under the leadership of Temba Bavuma, but ultimately missed out on a spot in the knock-outs by virtue of Australia and England having a better net run-rate.

Australia defeat aside, the victory over Bangladesh, when the Proteas took more than 13 overs to chase down a target of 85, ultimately played a huge role in their net run-rate deficit of 0.477.

“It’s a bitter pill to swallow [to be knocked out]. I think we played some very good cricket throughout the campaign, cricket under a lot of pressure as well after having lost our first game,” Boucher told the media after the match.

“But this team is in a very good space at the moment.

“It might not come through in the media every now and again, but I can guarantee you right now that they are very, very strong and together.

“Hopefully that is reflecting on our performances and hopefully people can come and watch the guys and see it for themselves when we do get back home.”

The team was under pressure from the get-go having lost their opening game against Australia with just two balls remaining, and Boucher has heaped praise on Bavuma, who he feels led the relatively inexperienced side with aplomb.

“I think Temba needs a pat on the back,” Boucher added.

“He’s been fantastic in the team environment and has really led from the front as well.

“We are on a journey, an upward curve that we are learning along the way.

“These games will stand us in very good stead because as I said, every game we played was under pressure.

“That’s one thing we probably haven’t done very well in the past is playing big games, pressurised games, and we really did well in this particular competition.

“Yes, it’s a young side. We are still developing and hopefully, we can go from strength-to-strength from here, take this confidence through, as well. It’s not something we just arrived at a World Cup and all of the sudden start playing good cricket.

“We have won a lot of games in recent times. I think we are headed in the right direction. We just need to be nice and patient and keep challenging players and players need to keep challenging themselves.”