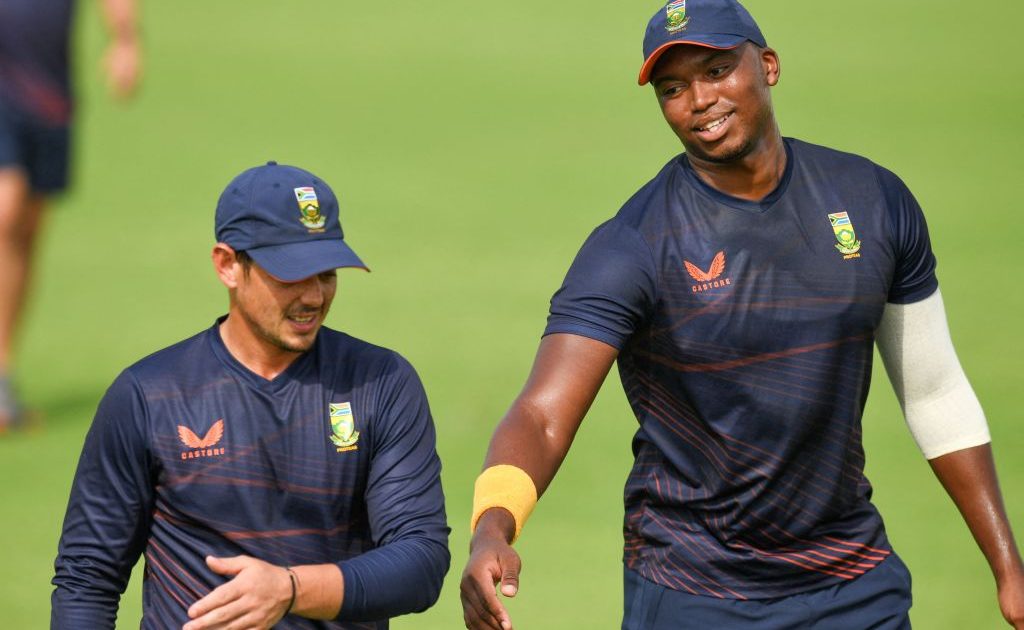 At the toss, South Africa captain Temba Bavuma said the former national captain had made himself unavailable for their crucial Super 12 match in Dubai.

With CSA publicly issuing notice of their mandate to force all playing members of the team to ‘take the knee’ you don’t need to be Sherlock Holmes to link this to De Kock’s withdrawal.

“The Cricket South Africa (CSA) Board on Monday evening unanimously agreed to issue a directive requiring all Proteas players to adopt a consistent and united stance against racism by ‘taking the knee’ prior to the start of their remaining World Cup matches,” said a CSA statement.

“Concerns were raised that the different postures taken by team members in support of the BLM (Black Lives Matter) initiative created an unintended perception of disparity or lack of support for the initiative.

“After considering all relevant issues, including the position of the players, the Board felt that it was imperative for the team to be seen taking a united and consistent stand against racism, especially given SA’s history.”

De Kock has also refused to ‘take a knee’ in South Africa’s Test series in the West Indies earlier this year.

“My reason? I’ll keep it to myself. It’s my own, personal opinion,” De Kock said at the time.

“It’s everyone’s decision. No-one’s forced to do anything, not in life. That’s the way I see things.”

England took the knee along with the West Indies on day one of the ongoing World Cup, and India and Pakistan followed in their key clash on Sunday.

All of the Proteas playing in Tuesday’s game took the knee before the start of the game as mandated by their overlords at Cricket South Africa.

“A commitment to overcoming racism is the glue that should unite, bind and strengthen us,” CSA board chairperson Lawson Naidoo said.

“Race should not be manipulated to amplify our weaknesses. Diversity can and should find expression in many facets of our daily lives, but not when it comes to taking a stand against racism.”

The statement continues: “Cricket is the second most watched sport globally and the ICC Men’s T20 World Cup, being held in the UAE and Oman, is the ideal platform for the Proteas to highlight the national resolve to heal the divisions of the past.”

The majority of South Africans are unable to watch their Proteas compete in the T20 World Cup as their matches are only aired on pay tv.

De Kock is one of the Proteas key players and a regular choice across all three formats of the game, moreover he has been a big part of their recent success in the T20I format, getting the team off to fast starts in the powerplay.

When South Africa played the West Indies in St Lucia in June, only six of the 11 players in the starting line-up took a knee.