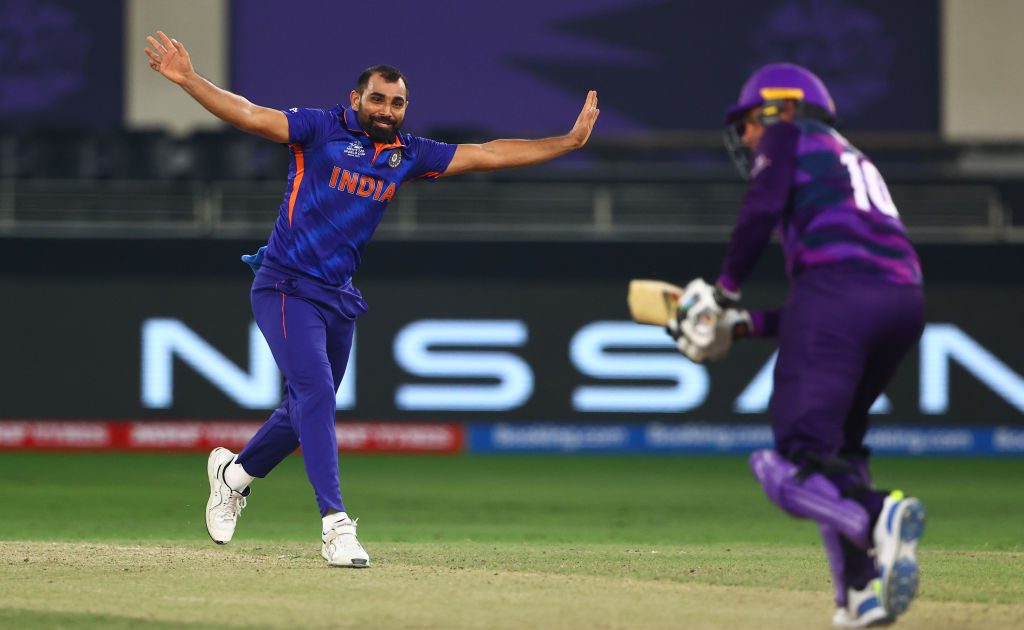 Scotland were bundled out for 85 before India hungrily chased down the total in 6.3 overs in a one-sided eight-wicket win in Dubai that keeps their hopes of a T20 World Cup semi-final place intact.

Jasprit Bumrah became India’s leading T20 wicket-taker but it was fellow quick Mohammed Shami and slow left-armer Ravindra Jadeja who were chiefly responsible for Scotland subsiding in 17.4 overs as they each took three for 15.

India knew they needed to overhaul their target inside 8.5 and 7.1 overs to respectively better the net run-rates of Super 12s group rivals New Zealand and Afghanistan, and openers KL Rahul and Rohit Sharma were in no mood to hang around.

The pair peppered the boundary rope with alarming regularity in an opening 70-run blitz, with Rohit thrashing 30 off 16 deliveries while Rahul went to an astonishing 18-ball fifty before immediately holing out with four needed.

Suryakumar Yadav thumped his second ball down the ground for six to get India home as they moved up to third in their group and all eyes will now be on New Zealand’s final group game against Afghanistan in Abu Dhabi on Sunday.

Victory for the Kiwis would see them advance alongside Pakistan to the knockout stages but an Afghanistan win would open the door for India and, in such a scenario, they would require another heavy win over Namibia on Monday.

Knowing they had no margin for error after losing their first two Super 12 games against Pakistan and New Zealand, Virat Kohli’s men produced a superb bowling display to dismiss Scotland for 85.

Ravindra Jadeja and Mohammed Shami both finished with figures of three for 15 while Jasprit Bumrah (two for 10) and Ravichandran Ashwin (one for 29) also impressed with the ball.

KL Rahul and Rohit Sharma made easy work of the response, scoring 50 and 30 respectively before Suryakumar Yadav hit the winning runs as India reached their target with eight wickets and 81 balls to spare.