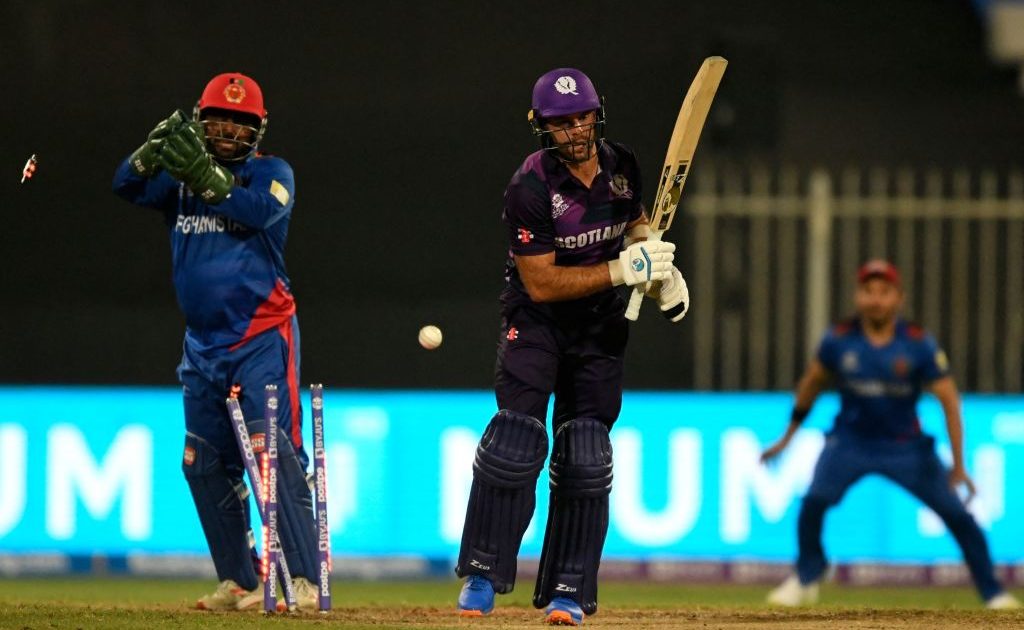 Scotland head coach Shane Burger admitted a chastening 130-run defeat to Afghanistan was “a tough pill to swallow” but now expects his side to show their character in the rest of the T20 World Cup.

Kyle Coetzer’s team had upset the odds to reach the Super 12s, the first time they had gone past the first round of any World Cup, but were largely unable to contain Afghanistan’s batters on a sticky night in Sharjah.

A tournament-high total of 190 for four was always likely to prove challenging, especially with Afghanistan’s vaunted spin attack, including the number three-ranked bowler in the world in Rashid Khan.

In the event, his introduction came when Afghanistan were well on the way to beginning their tournament with a win in what was their first international since the Taliban regained control of the nation.

Mujeeb Ur Rahman took three wickets in an over en route to figures of T20 international-best five for 20, starting the collapse that saw Scotland lurch from 28 for none to 38 for six and then eventually 60 all out.

“It’s obviously a tough pill to swallow,” Burger said. “We’ve had really good momentum recently so you get into a rhythm of what that feels like.

“That will be really tough to swallow but this competition doesn’t allow you to think about it for too long, we’ve got another game in a couple of days’ time, we have to just regroup, reset and go again against Namibia.

“The game is all about fine margins at times and we didn’t quite get momentum on our side and they just showed that with a few of their world-class players they were able to just pile on the pressure at the right times.”

Mujeeb and Rashid, who polished off the tail by taking four for nine, came to the fore after Afghanistan’s batters – led by Najibullah Zadran’s 59 from 34 balls – had ruthlessly exploited the short, square boundary on one side, registering 11 sixes.

Mujeeb and Rashid have played in some of the biggest franchise tournaments in the world and Burger admitted that could be considered a factor in their heavy defeat.

“When you’re able to play cricket all the time against some of the world’s best players on the biggest stage, you’re only going to keep getting better,” Burger added.

“We have some world-class players in our team but given more opportunity, given more time in the middle under pressure like we’ve just had, I have no doubt that performances will keep being more consistent.

“I don’t think this defines us as a team or defines them as individuals, it’s just a game of cricket where things turn pretty quickly and character is defined by how you come back from something like this.”