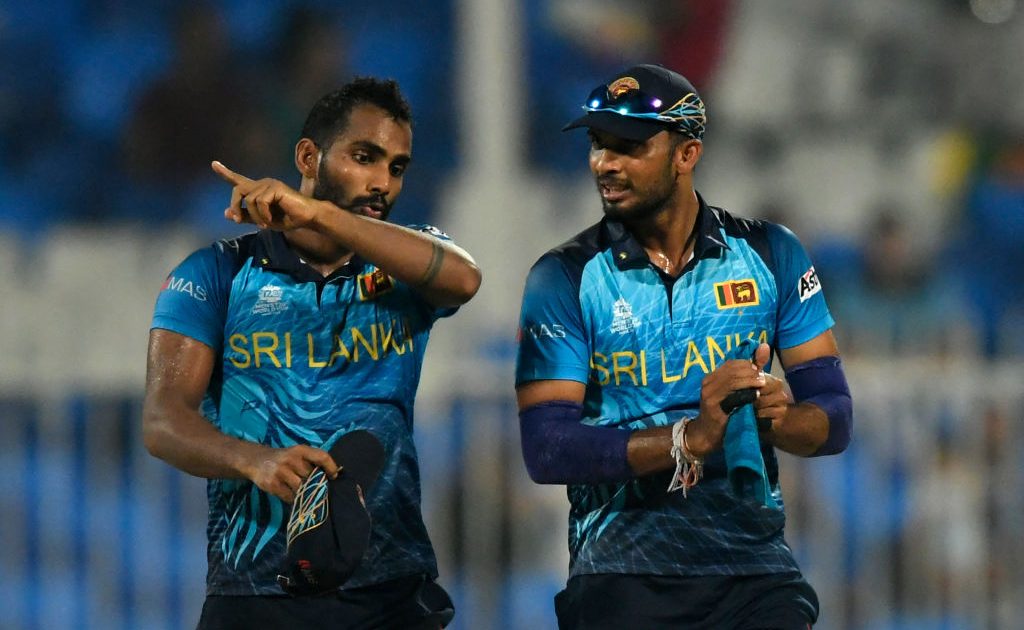 Sri Lanka captain Dasun Shanaka was disappointed that his team failed to make the most of a great start against England.

Shanaka’s troops came up just short in their run-chase but pressed England more than any team has in the tournament to date.

Sri Lanka’s competitiveness stemmed from a strong start with the ball with Wanindu Hasaranga doing some early damage to set England back.

Unfortunately, Sri Lanka were not able to remove Jos Buttler and the England opener would hurt them in the end, accelerating towards the back-end and getting his team up to an imposing total.

At one stage in the chase it looked like Hasaranga and Shanaka might haul in the target after putting on a fifty partnership for the sixth wicket, but when the former holed out to a neat tandem catch from Jason Roy and Sam Billings, the effort came crashing down.

Sri Lanka are all but out

Sri Lanka have been left with just two points from four games and have just about been eliminated from the running for the semi-finals.

Shanaka said after the match that their inability to close out an innings has been problematic, having also seen South Africa pull out victory in the last game thanks to a big finish.

Speaking at the post-match presentation, Shanaka said: “The whole tournament, the bowlers have been outstanding in the first 10 overs.

“It’s been a concern for us the back end every game. For most of the guys, it’s their first World Cup and the experience is very low. When they gain more experience, they will do good for the team. In the second half, we knew the dew factor will be a big factor but losing wickets at regular intervals really cost the match for us.”

Shanaka gave credit to Buttler and England skipper Eoin Morgan who righted the innings with an excellent partnership.

The Sri Lanka skipper also acknowledged the progress made by his team in recent times.

“But credit to Jos and Morgan, the way they played they showed the experience behind them in international cricket,” Shanaka added.

“Six months back, we were not the same team. But these boys have come a long way in this tournament and am really happy about the way the boys have been fighting.”