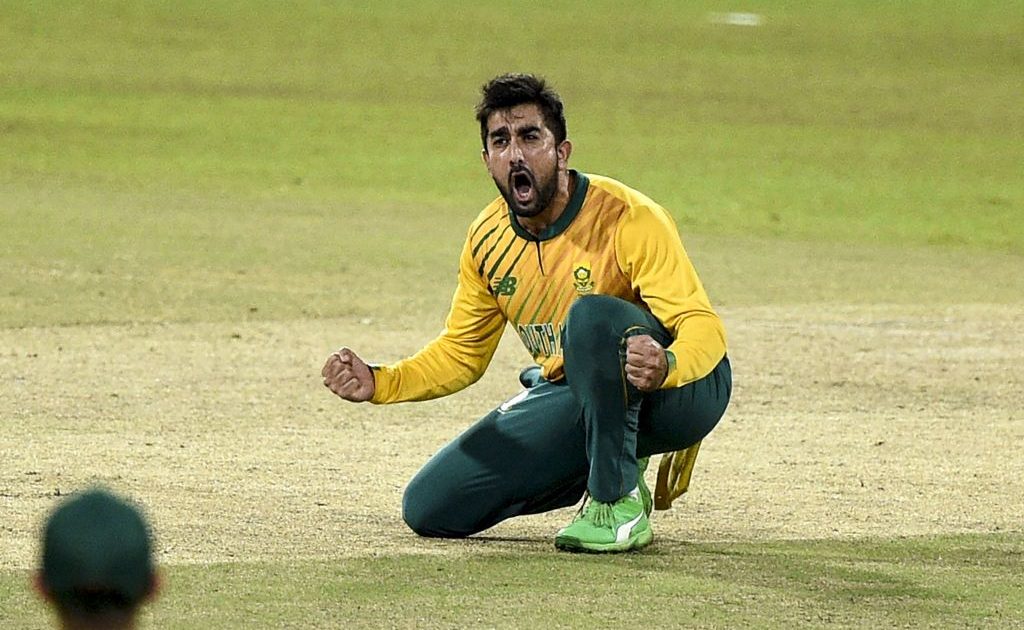 Badree feels that Shamsi’s ability to turn the ball both ways and his consistency and control set him above the rest when it comes to spin bowling.

Shamsi is the number one ranked bowler in T20I cricket and has been a big part in the Proteas short format resurgence.

“When it comes to the best spinner at the ICC Men’s T20 World Cup, it’s hard to look past Tabraiz Shamsi,” Badree wrote in a column for ICC Cricket.

“The South African is ranked Number One in the ICC Men’s T20I Player Rankings for a reason and as a left-armer, he poses a significant challenge for batters.

“Left-arm wrist spinners are rare in international cricket – he’s very consistent, can turn the ball both ways and has tremendous control.

“I saw him recently in the Caribbean when South Africa played the West Indies and he was able to spin webs around the West Indian batters.

“I see him playing a major role for his team with the ball – he has the ability to bowl in different phases of the game, too, which is important.

“His captain Temba Bavuma will be able to call on him to deliver at any time in the innings and that’s worth its weight in gold.”

Spin it to win it

Badree also feels that Ravi Ashwin’s experience will aid India’s efforts while the Aussie duo of Adam Zampa and Ashton Agar will be key to their side’s hopes.

“In terms of other spinners, Ravichandran Ashwin is of course there for India. He has that experience; he’s played for quite a long time now,” Badree continues.

“Australia can bowl Adam Zampa and Ashton Agar in tandem and they have done well bowling together in the recent past.

“Most of the teams have quality spinners in their ranks – at least two of them, because of the conditions teams predict that they will face. They can all win games single-handedly.”