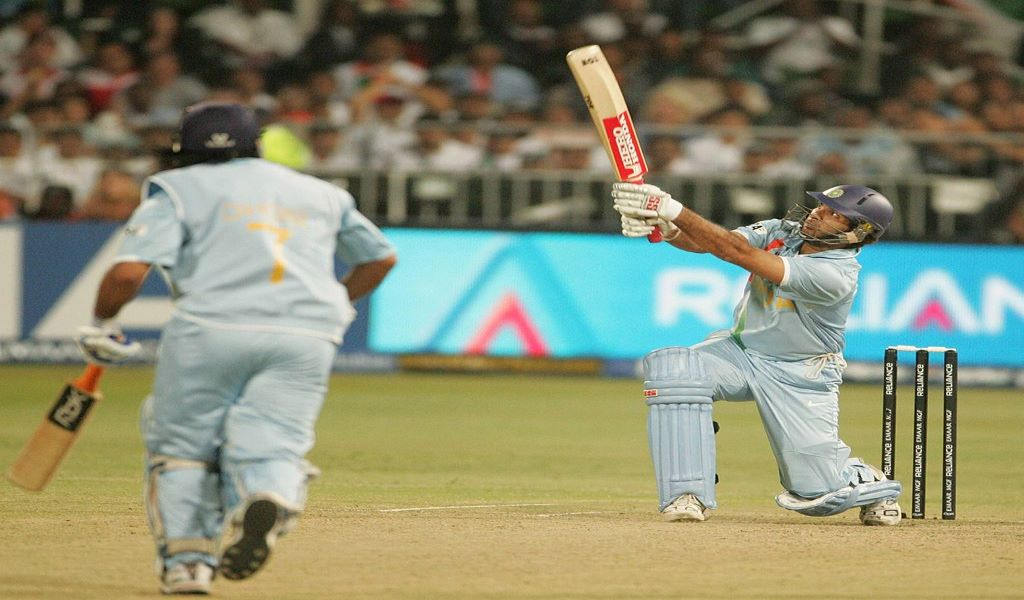 The 2021 T20 World Cup gets underway in the United Arab Emirates and Oman on Sunday 17 October and climaxes in the final on 14 November.

Starting before the T20 phenomenon really took off the showpiece has evolved constantly over the years and provided an endless stream of unforgettable moments.

Here we look at six moments from past tournaments that really stick in the memory.

The inaugural 2007 T20 World Cup in South Africa was a memorable one, but there is one moment that England’s Stuart Broad would likely rather forget. India’s Yuvraj Singh hit six sixes in an over off the hapless Broad in a group game against England in Durban. Yuvraj had been fired up by a sledge from Andrew Flintoff and he went on to lead his team to an 18-run win. India would go on to defeat Pakistan in the final.

Dutch courage on show at Lord’s

In the 2009 tournament opener, the Netherlands pulled off a sensational four-wicket win over England at the ‘Home of Cricket’, in one of the sport’s greatest shocks. Chasing 163 to win, the Dutch scored two runs off the final ball.

“We set out a few months ago to achieve a few things — and this was one. We wanted to play at Lord’s, qualify for the World Cup in 2011 and beat a big nation, and I think we just did that,” said Tommy de Grooth, who made a crucial 49 for the Netherlands.

England might have felt they had the 2016 final at Eden Gardens when the West Indies, chasing a 156-run target, needed 19 off the final over to be bowled by Ben Stokes. With Marlon Samuels at the other end after an immense innings of 85 runs in 66 balls, Brathwaite launched four successive sixes into the Kolkata night sky. “Carlos Brathwaite! Carlos Brathwaite – remember the name! History for the West Indies,” said commentator Ian Bishop.

Two years after their devastating final defeat to bitter rivals India by just five runs at the Wanderers, Pakistan claimed the 2009 trophy with an eight-wicket win over Sri Lanka at the Home of Cricket.

Pakistan restricted Sri Lanka to 138-6 before superstar Shahid Afridi led the run chase on a sporting wicket, hitting an unbeaten 54 off 40 balls to get the team over the line for their first world championship win in 17 years.

Sri Lanka were champions of the 2014 tournament in Bangladesh but they needed all the wily skills and control of spinner Rangana Herath to just make the semi-finals. Taking on the Black Caps in a make-or-break qualifying game, Sri Lanka were bowled out for just 119.

New Zealand looked nailed on to progress, but Sri Lanka’s spin-wizard had other ideas.

At the 2016 tournament, South Africa’s Proteas piled up 229-4 in Mumbai off their 20 overs, with Hashim Amla, Quinton de Kock and JP Duminy all making fifties.

At the time it was second-highest ever total at a T20 World Cup, but England dug deep as Joe Root hit a 44-ball 83 and Jason Roy smashed 43 from 16 deliveries.

England lost two wickets in the last over with the scores level before Moeen Ali sealed victory with two balls to spare.