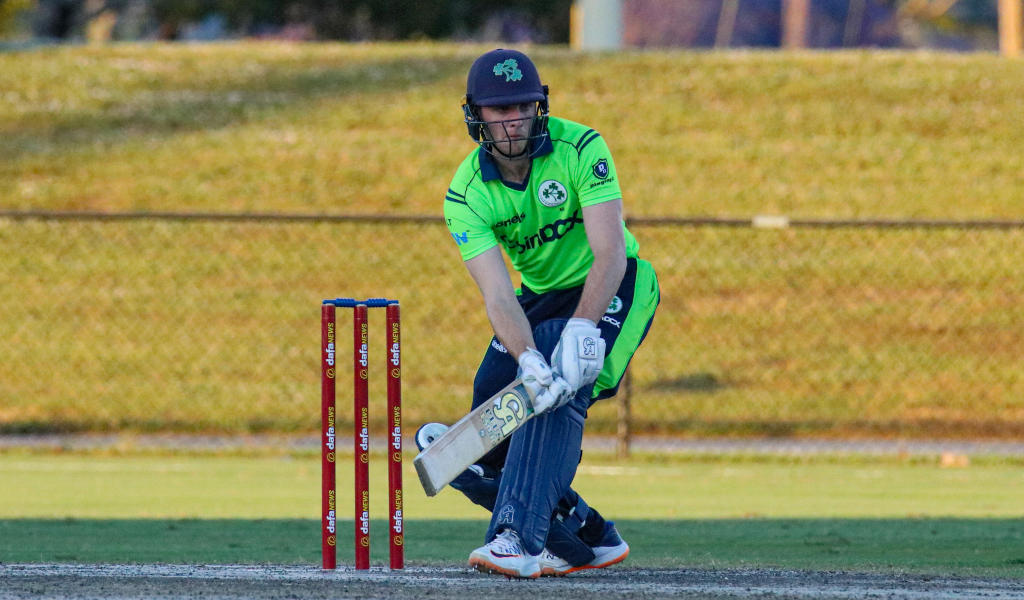 The ICC Men’s T20 World Cup Qualifier A, begins at the Oman Academy grounds in Al Amerat on Friday with two spots at the showpiece on the line.

A lot is at stake for the eight participating nations – Ireland, Nepal, UAE, Canada, Germany, Philippines, Bahrain, and hosts Oman – as they vie for the two spots available at the Qualifier A from 18 to 24 February.

The Qualifier A is one of the two global qualifiers that is part of the final stages of qualification process of the ICC Men’s T20 World Cup 2022 in Australia.

A total of 20 matches will decide the two teams that will travel to Australia for the pinnacle event in the shortest format of the game later this year as an intense and exciting battle of cricket awaits the fans across the world.

The eight-nation tournament features an experienced Ireland side, who are set to face a fight from an in-form UAE, hosts Oman, and Nepal as the quartet boast of experience at playing at the global stage.

However, with teams like Canada, Germany, Bahrain, and the Philippines eager to showcase their mettle, there is a good possibility of few surprises in the coming week.

If Test-playing nation Ireland, the only Full Member nation, in the fray, begins the tournament as a favourite, there is a lot of excitement in the camp of debutants – Germany and the Philippines, who start the tournament as minnows, as this would be their first major event at the global stage.

Hosts Oman, who like Ireland, qualified for this tournament after being eliminated in the first round of the ICC Men’s T20 World Cup 2021, will be hoping to bank on their home ground advantage.

Oman is pooled along with Nepal, who will be looking to qualify for the ICC Men’s T20 World Cup for the first time since they made their debut in 2014.

Canada and the Philippines complete the Group A.

Canada could be the surprise package in the Group A and matchups against the hosts and Nepal could potentially be decisive for the two teams that would make it to the semi-finals.

In Group A, Ireland are the dominant unit and the UAE, who have been in a good form ahead of the event, are likely to push for the top-two spots.

Debutant Germany and regional team, Bahrain, are the other teams in Group B with Germany hoping to ring in a surprise or two.

For Germany, it will be a new chapter in the history of the game, as they make their first ever appearance at a global qualifier, an achievement for an emerging cricket nation they share with the Philippines.

Hosts Oman take on Nepal in the opener on February 18 and all the games will be streamed live on FanCode in the Indian sub-continent and on ICC.tv across the rest of the world.

Nepal and the UAE sealed their places in the Qualifiers based on their rankings in the ICC MRF Tyres Men’s T20I Team rankings. The other four teams – Germany, Canada, Bahrain, and the Philippines – advanced through their regional qualifying tournaments held through the course of last year.

Each team will play all the other teams in the group once with the top-two teams advancing to the semifinals from the respective groups. The winners of the semi-finals will seal their spots in the ICC Men’s T20 World Cup in Australia, a goal that all the eight teams will be fighting hard. A total of four games will be played on two grounds on the match days with Canada facing the Philippines to start their campaign on the adjacent ground.

The opening day’s fixtures also feature Ireland vs UAE in a high-octane game on the main Oman Academy 1 ground while Germany take on Bahrain in the second match of the afternoon session.

A total of 16 teams will be vying for the four spots during the two Qualifiers – A and B – with Qualifier B to be held in Harare, Zimbabwe from July 11-17, 2022. The teams in fray for the two remaining seats in Harare are hosts Zimbabwe, Hong Kong, Jersey, the Netherlands, Paula New Guinea, Singapore, Uganda, and the United States of America (USA).

Ahead of the Qualifier A, Oman also hosted a quadrangular T20 series involving four of the teams. Ireland, the UAE, and Nepal were the other sides. A total of six games were played from February 11-14. The warm-up series served as a good build-up with teams trying out different combinations ahead of the actual event and attempted to iron out their shortcomings. While the UAE and Ireland won two games each, Oman and Nepal tasted one wins each.

The quartet is expected to be the main rivals for a place in the ICC Men’s T20 World Cup later this year, given the experience and exposure they have had in recent years. With the recent quadrangular providing a decent warm-up and other teams playing out few practice games, except for the Philippines, who arrived on Sunday to Oman, the ICC Men’s T20 World Cup Qualifier A – promises to bring some exciting and thrilling games over the next few days at the Oman Academy grounds.