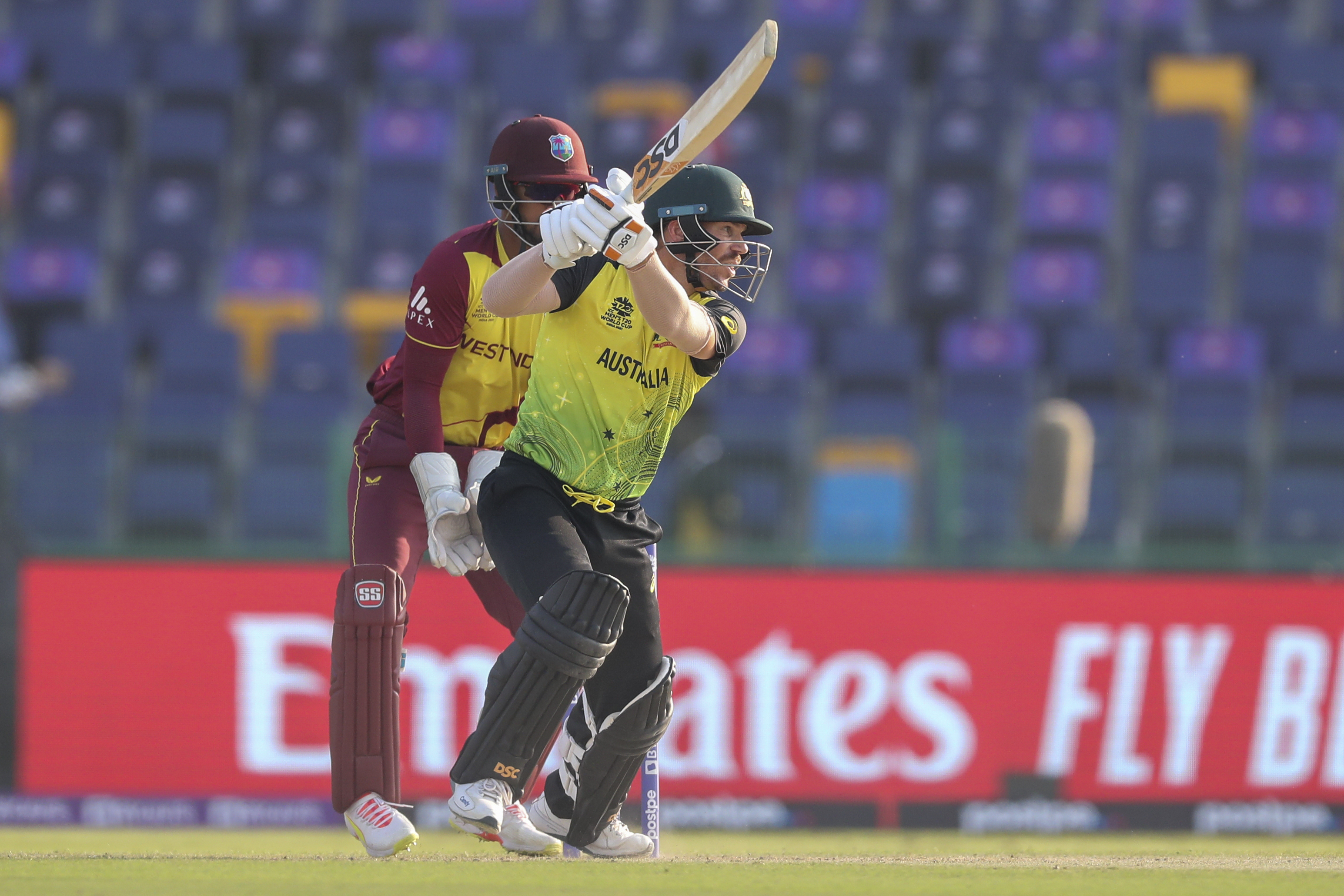 The West Indies posted a final total of 157 for seven, to which Australia replied with 161 for two – and won with 22 deliveries to spare.

The result kept the Australians in contention for a semi-final berth. The Windies, who are the reigning T20 World Cup champions, are out of the running.

David Warner and Mitchell Marsh made half-centuries to spoil the West Indies swansong of Dwayne Bravo and, possibly, the final international appearance of Chris Gayle.

West Indies recovered from 35 to three after being asked to bat to make 157 for seven, Kieron Pollard top-scoring with 44.

But Warner, who smashed nine fours and four sixes in an unbeaten 56-ball 89, and Marsh made light work of the reply as their 124 partnership saw Australia cross the finishing line with 22 balls to spare.

Marsh fell for 53 in the final knockings as he drove to Jason Holder at mid-on and gave Gayle a wicket and a moment to savour.

The West Indies had already been eliminated from the competition but the stakes remained high for the holders.

The 2016 champions needed to win to maintain their place inside the top eight ranked nations and secure automatic qualification for the next T20 World Cup.

Gayle and Evin Lewis got the West Indies off to a fast start as 19 runs came from Josh Hazlewood’s first over.

But the departure of Gayle, chopping on to Pat Cummins for 15, sparked a mini-collapse which saw Australia take three wickets in the space of seven balls.

Lewis and Shimron Hetmyer repaired the damage with a partnership of 35 before the former fell to a tumbling Steve Smith catch for Adam Zampa to become the leading Super 12s wicket-taker with 11.

Hazlewood returned to remove Hetmyer and send Bravo on his way for the final time to finish with impressive figures of 4-0-39-4.

At that stage the West Indies were 126 for six with just 15 balls of the innings left, but Pollard and two closing sixes from Andre Russell provided belated momentum.