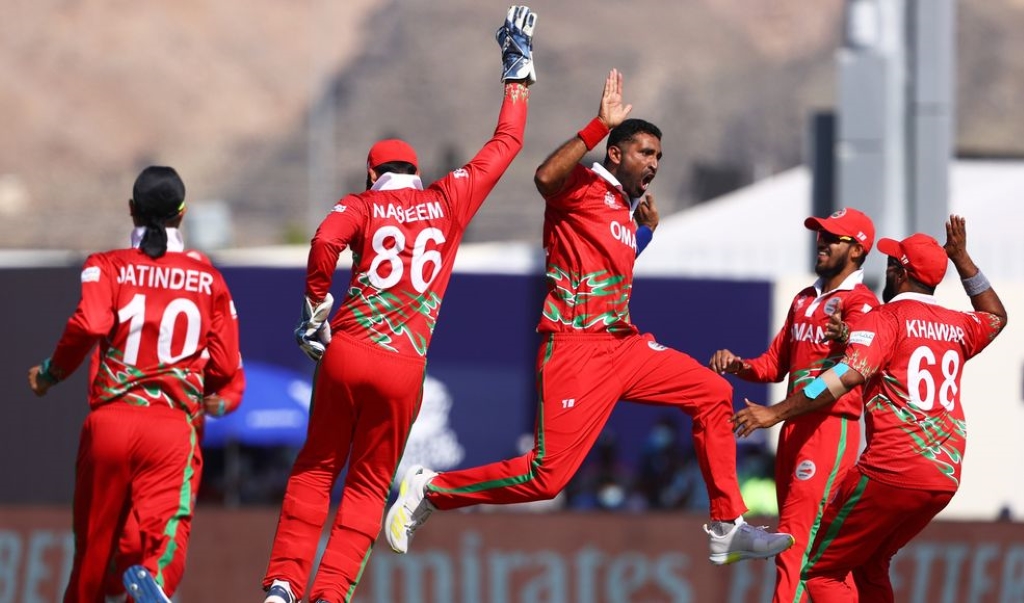 Oman made a great start to the ICC Men’s T20 World Cup 2021 with a comprehensive 10-wicket win over Papua New Guinea in the opening match.

Skipper Zeeshan Maqsood was a happy man after the victory but did point out that his team need to improve their ground fielding.

After winning the toss and fielding first, Maqsood took four wickets to help restrict the opposition to 129/9, before half-centuries for openers Jatinder Singh and Aaqib Ilyas eased them past the target in just 13.4 overs.

PNG found themselves 0/2 inside the first two overs, with captain Assad Vala’s fifty proving to be the only highlight for them on a difficult day.

Jatinder and Ilyas didn’t look at all under pressure in the chase, though the former was given a reprieve by a dropped catch. They were solid rather than flashy during the Powerplay, with the first six coming only in the eighth over, as Ilyas muscled the ball over the rope.

Varun Chakravarthy ‘the main guy’ in the India bowling attack

Jatinder, who made liberal use of the switch-hit, was the first to bring up his fifty, off 33 balls. Getting to face a free hit, he got to the landmark with a six over long-on and brought out his trademark celebration.

Ilyas, who had been caught off a no-ball, eventually got to his half-century in 43 balls, before Jatinder sealed the game with a final six.

Earlier a national record third-wicket stand of 81 off 60 balls between captain Vala and Charles Amini out PNG back on track.

However, the wheels came off when Maqsood ran through the line-up with three wickets in his second over.

Excellent work by Nadeem, who held his balance in the deep to take a high catch of Damien Ravu, gave the skipper his fourth wicket. He finished with 4/20.