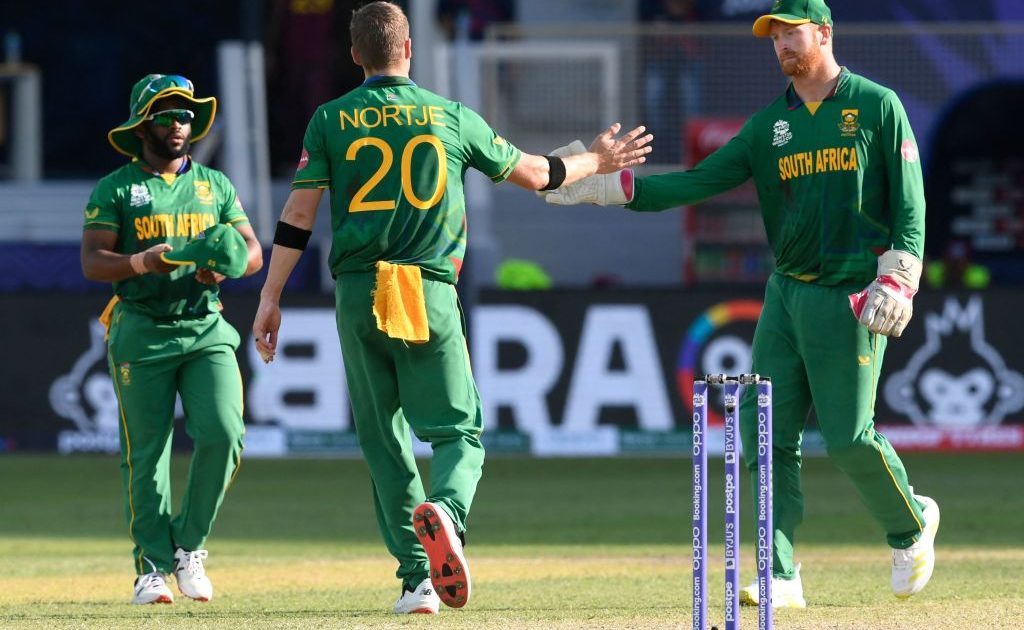 South Africa beat the West Indies at a canter to notch their first Super 12s win and leave their opponents staring at an early T20 World Cup exit.

The Proteas limited the West Indies to 143 for eight as Dwaine Pretorious took three wickets late on to put the brakes on an innings which had looked set to reach a far more imposing total after opener Evin Lewis’s blistering 56.

In reply, South Africa rallied well from the early loss of captain Temba Bavuma and never looked in trouble in pursuit of the runs as Aiden Markram’s destructive 51 not out from just 26 balls broke the West Indies’ resolve en route to an eight-wicket win.

Given the West Indies’ net run rate took a heavy hit in the six-wicket defeat to England, a second consecutive loss leaves the defending champions desperate for favourable results against Bangladesh, Sri Lanka and Australia if they are to stand a chance of making the semi-finals.

South Africa made one change from the defeat to Australia as Quinton de Kock was replaced at the top of the order by Reeza Hendricks, with Heinrich Klaasen taking the gloves.

Unsurprisingly, Bavuma invited the West Indies to bat first at Dubai International Stadium, the same venue where they capitulated to 55 all out against England on Sunday.

That performance appeared to still be fresh in their minds as they made a very cautious start, edging to just six for none off the first three overs, part-timer Markram even squeezing in a maiden.

But then opener Lewis got going in some style, smashing three sixes and three fours, as his side blitzed 37 off 18 balls to reach 43 without loss at the end of a topsy-turvy powerplay.

However, it was not without a scare, as Lendl Simmons – who was making exceptionally slow progress – benefitted from stand-in gloveman Klaasen shelling a dolly off Anrich Nortje, whose pace forced an edge behind in the first over of a miserly spell of one for 14.

Lewis kept sending balls flying into the stands and when he slog-swept Tabraiz Shamsi into the crowd, he brought up a marvellous half-century from only 32 balls.

Having registered a sixth maximum off Keshav Maharaj, Lewis perished the next ball when immediately looking for a seventh, Kagiso Rabada holding a catch out on the boundary.

Nicholas Pooran came to the crease at No.3 ahead of Chris Gayle and took 12 from the bowling of Shamsi in the 12th over before his sprightly seven-ball cameo ended when he became Maharaj’s second victim.

At the other end, Simmons was bowled by Rabada after a 35-ball vigil that produced just 16 runs and tied the record for the joint-longest innings without a boundary in ICC Men’s T20 World Cup history.

Gayle and captain Kieron Pollard shared a stand of 32 in just under four overs before both fell to Pretorious, who finished with three for 17 having bowled the key 18th and 20th overs.

Gayle’s dismissal sparked a collapse of four for 22 as the West Indies finished on 143, well short of what they would have been expecting after Lewis’ pyrotechnics.

South Africa’s chase got off to the worst possible start when Bavuma was run out for two by a super Andre Russell direct hit from the last ball of the first over.

But on his first appearance at the tournament, Hendricks looked especially fluent alongside Rassie van der Dussen as the Proteas made serene progress to get up to 42 for one at the end of the powerplay.

The pair brought up their 50 partnership before the previously untroubled Hendricks was expertly caught by a diving Shimron Hetmyer in the deep off the bowling of Akeal Hosein.

Hendricks’s 39 off 30 balls left South Africa 61 for two and firmly in touch with the required rate that was at that stage slightly more than 7.5 runs an over. 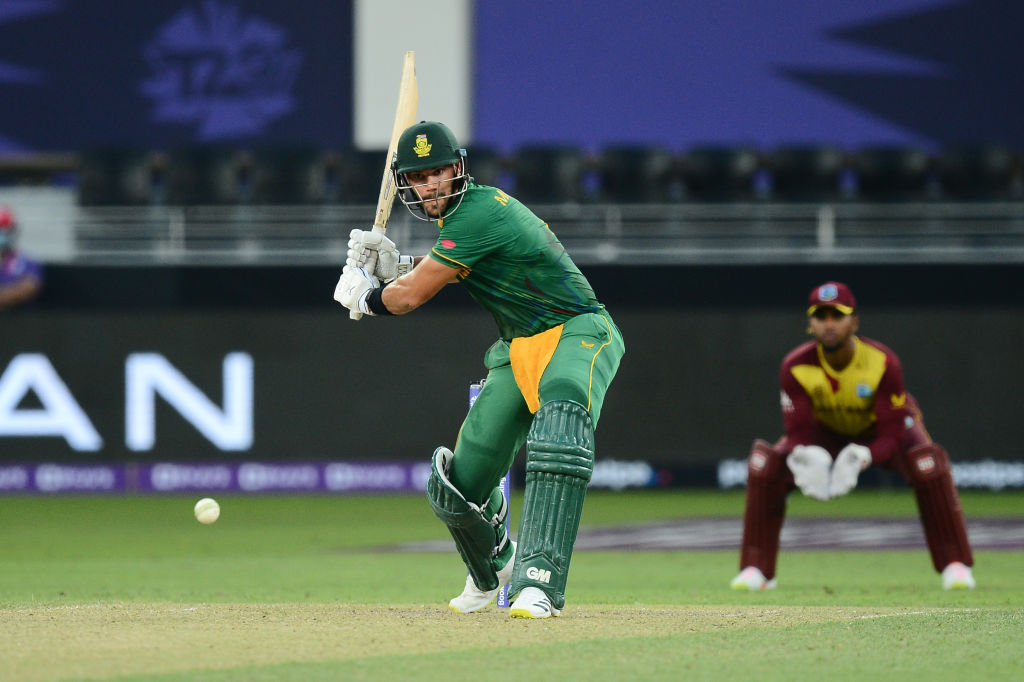 Markram waltzed to the crease and, after making 40 against Australia, continued his fine form, rapidly finding himself on 22 off just 11 balls after some lusty blows put South Africa firmly in the driving seat.

Van der Dussen, 43 off 51, anchored the innings perfectly as Markram added the fastest half-century of the competition so far as together they shared an unbeaten match-winning stand of 83 from 57 balls to earn South Africa their first win with ten balls to spare.