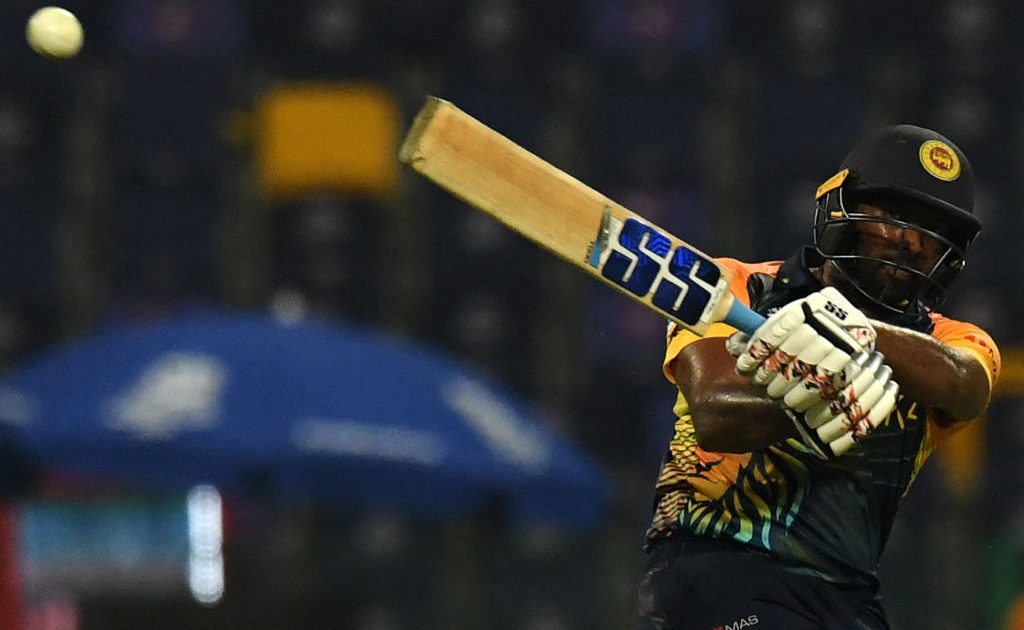 Sri Lanka’s bowlers brilliantly restricted Namibia before Bhanuka Rajapaksa and Avishka Fernando starred in the chase of a modest total to start their ICC T20 World Cup 2021 campaign with an impressive seven-wicket victory.

Namibia came into the competition as a team in form,­ but the 2014 champions showed their class in all three phases and brought the debutants crashing down to earth.

Sri Lanka were alert in the field and all five bowlers used took at least one wicket, with mystery spinner Maheesh Theekshana’s three for 24 the highlight as Namibia were all out for just 96.

Namibia did take three early wickets in response but Rajapaksa (42 not out) and Fernando (30 not out) added a brilliant unbroken fourth-wicket stand of 74 in just 8.2 overs to see them home with 39 balls to spare.

The Sri Lankan team sported black armbands and both teams partook in a moment’s silence before the match in memory of the country’s first Test captain, Bandula Warnapura, who died on Monday aged 68.

With Sri Lanka having won the toss and chosen to bowl, Chamika Karunaratne set the tone by beating the edge of Stephan Baard’s bat with the first ball of the match, although the Namibian opener did reach a milestone when a glorious cover drive for four moved him past 500 T20I runs.

Baard’s day soon took a turn for the worse, however, as he skied Theekshana’s first ball and saw it pouched by a tumbling Wanindu Hasaranga at mid-off before Zane Green departed in similar fashion off the same bowler soon after.

In between those wickets, Craig Williams danced down the pitch and smashed Theekshana for six as Namibia ended the powerplay at 30 for two and skipper Gerhard Erasmus also showed intent with back-to-back boundaries through the off-side.

But with the pace of Sri Lanka’s quicks unsettling the batting side, the run-rate failed to drastically pick up and when Erasmus tried to force the issue by slogging over long-on, he instead holed out for 29 to end a 39-run partnership with Williams.

Williams (29) himself was then trapped lbw plumb in front by Hasaranga trying to reverse sweep and at 73/4 with just 40 balls remaining, the Namibia innings need an injection of runs. 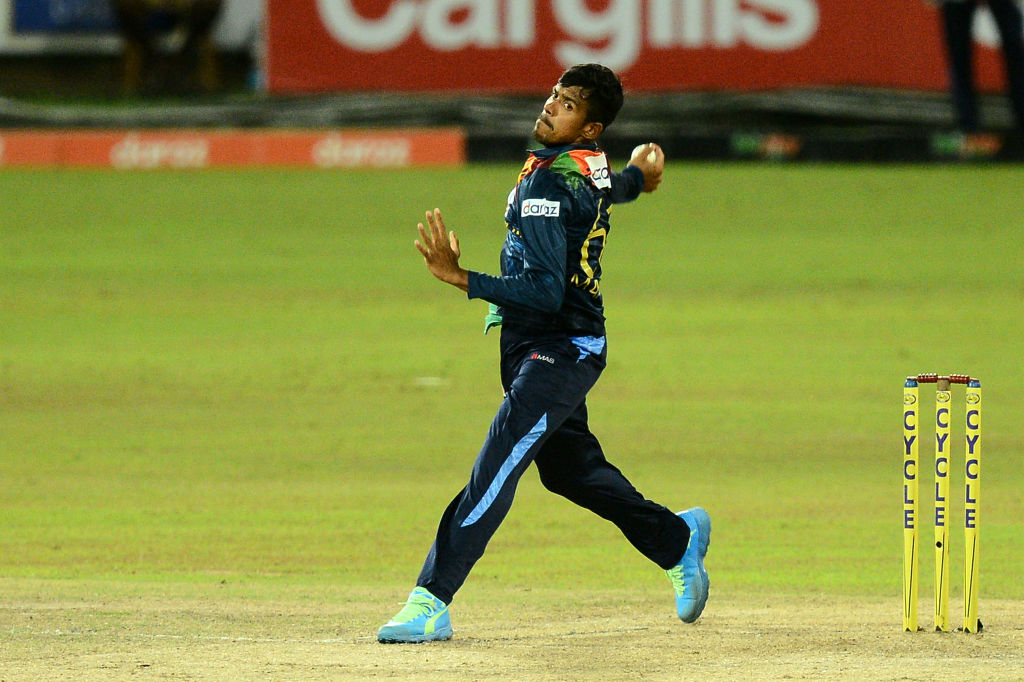 Captain Dasun Shanaka sprinting in from extra cover to spectacularly produce a sliding, one-handed catch inches from the ground to remove Ruben Trumpelmann summed up the high standard Sri Lanka had set in the field and they polished off the Namibia tail to skittle them for 96 in 19.3 overs.

In response, Kusal Perera clubbed Trumpelmann back over his head for four and jabbed the following ball to the midwicket boundary but the Namibian seamer got his revenge by having Perera caught by a diving Smit at mid-off.

When Pathum Nissanka was promptly trapped lbw by Bernard Scholtz and Chandimal edged Smit’s tempter outside off stump to wicketkeeper Green, Sri Lanka found themselves slightly up against it at 26 for three.

Fernando soon steadied the ship, however, with the highlight being a shimmy down the wicket and perfectly-timed chip for six wide of long-on, before Bhanuka Rajapaksa joined the party with a powerful four through the off-side and a huge six off Scholtz that was similar to Fernando’s strike.

Rajapaksa got a reprieve when he picked out Scholtz at fine leg, only for the Namibian to drop the catch and fumble it over the rope, and he made them pay with a stunning drive through the covers two balls later.

The duo then mostly knocked off the remaining runs with ones and twos but Fernando lofted another six over mid-off before Rajapaksa finished it in style by pulling Frylinck for a decisive six that secured a seven-wicket win with 39 balls remaining ­– their biggest victory at an ICC Men’s T20 World Cup.