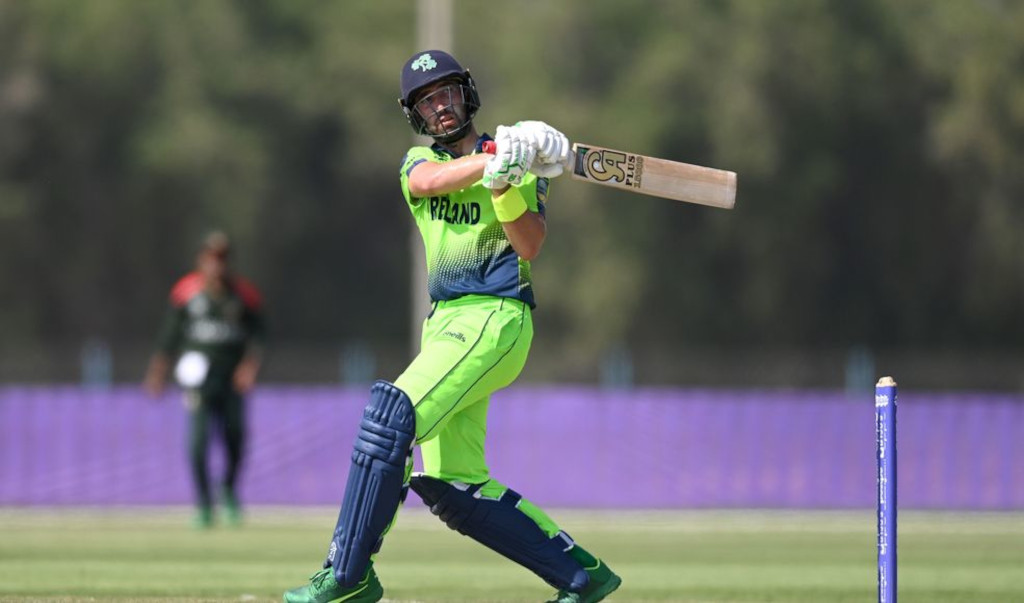 Ireland upset Bangladesh and Scotland were run close by Namibia in a full day of ICC T20 World Cup warm-ups.

All eight sides involved in Round One of the T20 World Cup were in action with the Netherlands beating co-hosts Oman and Sri Lanka cruising past Papua New Guinea.

Here we wrap the four T20 World Cup warm-ups that took place on Thursday 14 October, with all the Round One contestants enjoying an outing.

The T20 World Cup gets underway on Sunday 18 October when Oman face Papua New Guinea in a historic match in Al Amerat.

Gareth Delaney top-scored with an unbeaten 88 off just 50 balls as Ireland posted a total of 177/3 on the board, and then bowled Bangladesh out for 144.

Ireland might rue that the match won’t count as a T20I victory over the tigers given its warm-up status but it still bodes well for Ireland who open their T20 World Cup campaign against the Netherlands on Monday 18 October.

Bangladesh will need to work on a few aspects ahead of their important opening match against a dangerous Scotland side on Sunday 17 October. Shakib-al-Hasan has joined the squad after his stint in the IPL but did not feature against Ireland.

Sri Lanka clinched their second win in the warm-ups with a relatively comfortable victory against Papua New Guinea at the Tolerance Oval in Abu Dhabi, not a T20 World Cup venue.

The Lankans put up a score of 162/5 on the board and then managed to restrict PNG to 123/7 in their 20 overs, the full member nation never looked in danger of surrendering control of the match.

The Netherlands won their second warm-up fixture against Oman but were made to work hard to get the result.

Chasing 166, Oman fell short by a mere four runs after being restricted to 161/8. It was a solid batting performance by the Dutch that set up their victory. Stephan Myburgh, Ben Cooper and Colin Ackermann made tidy contributions that helped the Dutch put a total of 165/4 on the board. Timm van der Gugten held his nerve bowling a final over devoid of boundaries and winning the match for the Netherlands.

Seven stars who didn’t reach the 2021 IPL final, but will be at T20 World Cup
Scotland beat Nambia by 19 runs

The second warm-up fixture of the day in Dubai between Scotland and Namibia proved to be a run-glut.

Batting first, Scotland smashed their way to a massive total of 203/7. Namibia came up with a valiant effort while chasing, scoring 184/5 in their 20 overs, but fell short by 19 runs. George Munsey and Matthew Cross struck quickfire half centuries before Namibia’s Craig Williams stole the show with a brilliant 80, that wasn’t enough to see them home though and Scotland kept a good run of form going heading into the T20 World Cup.