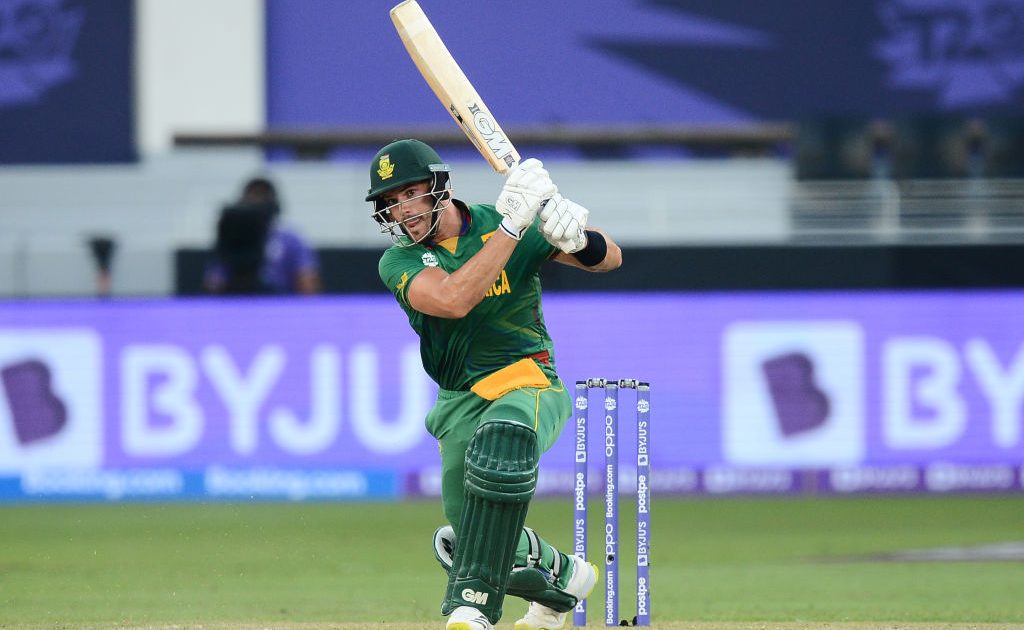 Proteas skipper Temba Bavuma lauded the impact of Aiden Markram with the ball and the bat after South Africa’s eight-wicket win over the West Indies at the T20 World Cup.

Markram bowled the opening over for the Proteas after Bavuma won the toss and put the West Indies to bat, and conceded four runs before bowling a maiden in the third over of the match, before Evin Lewis lined up the offspinner and took him for 18 in the third in what was a lesson to both the bowler and his skipper.

It was in the run chase that Markram really shone, as his assured 51 not out drove the Proteas to victory.

Speaking at the post-match presentation, Bavuma said: “Much better than our first game. We knew there were areas that we needed to improve on. Particularly our batting. Our bowling again was outstanding. A good day for us. We’re not too sure how the wickets are going to react so we thought Aiden [Markram] out there, let him have a go, and he obviously bowled quite well. Those are the types of performances we needed with the bat. Aiden has been hitting the ball wonderfully at the moment.”

Proteas wicketkeeper Quinton de Kock made himself unavailable for the match after Cricket South Africa mandated that all players ‘take the knee’ in an anti-racism gesture before each T20 World Cup match.

Addressing the withdrawal, Bavuma said: “When the news hit us it did kind of take us back as a team. A guy like Quinnie, he obviously plays an integral role within the team, not just with the bat but as a senior player but with that, Klaasen coming in there was an opportunity for him, it was another game of cricket that we had to play for our country and we had to live up to that.”

In the absence of De Kock, Reeza Hendricks opened the batting with Bavuma, making a handy 39 off 30 balls, setting the Proteas up for a successful chase of the 144 runs they needed to win. The skipper was the only Proteas batter to get out cheaply as the in-form duo of Rassie van der Dussen and Markram guided South Africa to victory.