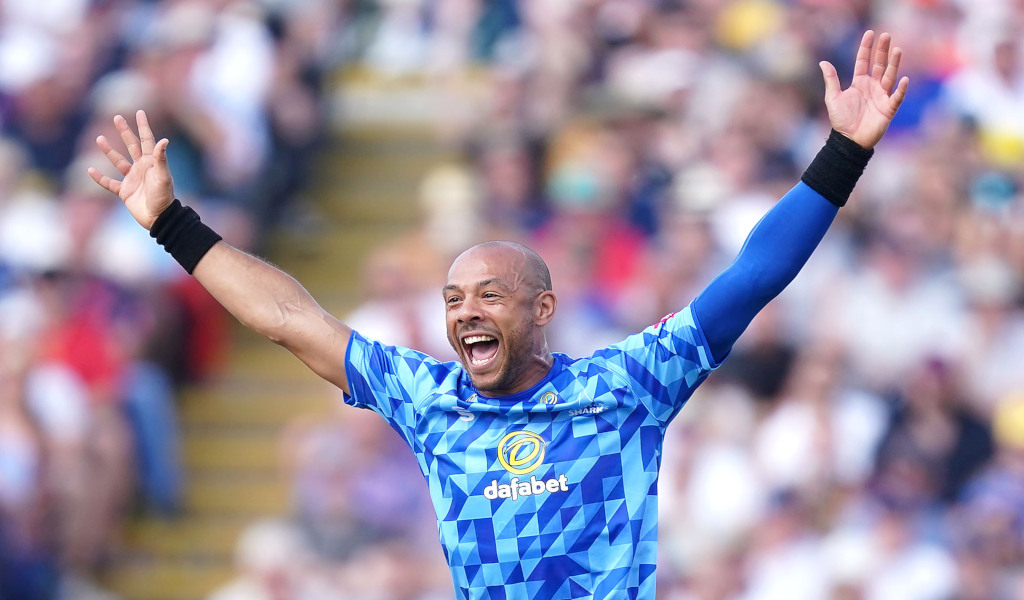 Tymal Mills is back in England colours after almost five years and the paceman believes he owes his dream recall to The Hundred.

Mills earned the last of his four international caps back in February 2017 but is ready to grasp his second chance this month after being named in the 15-man T20 World Cup squad.

While a handful of players are already on Indian Premier League duty in the United Arab Emirates, the remainder of the group will fly to Oman on Monday evening where they will quarantine ahead of their tournament opener in Dubai on October 23.

That Mills will be on the plane represents a remarkable shift in fortunes for the 29-year-old, who had slipped out of the picture before a serious stress fracture of the back last winter left him wearing a supportive brace for three months.

Was The Hundred A Cricketing Success?

And he credits his starring role for inaugural 100-ball champions Southern Brave with putting his name back in the frame.

The new competition has its critics within the traditional county structure, but Mills feels the added profile of a slimmed down, appointment-to-view competition was key to his call-up.

Asked if he would be part of the squad without The Hundred, he said: “Probably not. One hundred per cent it has given me a push. I’ve been quite vocal and open in my support of The Hundred and what it could do for the shortest form of the game.

“Something that the Blast (domestic T20) can’t give you is that exposure and the narratives that can be built. With the Blast you have 18 teams playing 14 games each…so many great performances get missed because they can’t be televised, whereas every match in The Hundred was televised.

“Narratives were built and you could see who was bowling well, or if someone was only bowling well in certain situations, or if someone had one good games and five bad games. You see it and hear about it. All the other players loved playing in it and the players that weren’t wanted to be involved.”

Mills was utilised as a death bowling specialist by Southern Brave and finished as the second cheapest regular bowler in the tournament with an economy rate of 1.11 runs per ball.

He admits he does not yet know whether England skipper Eoin Morgan has him earmarked for the same role – or, indeed, any role – in the coming weeks, but is more than willing to put himself on the line in the big moments.

“I’ll always back myself, for right or for wrong,” he said.

“I’m obviously desperate to play but I also understand that I’m an outsider coming into the team and I might be running drinks. I’ve got to earn the right and the trust. I’m just happy to be there and if Morgs chucks me the ball I’m confident I can go out there and do well.

“The one thing about bowling at the death, especially the tight games when you’re bowling second and the game is on the line, one versus one….they are the most high pressure situations you can find yourself in as a cricketer.

“You’re trying to win the game for your team, your nation, whatever it may be. It’s all about how you deal with the occasion. One thing I think I’m pretty good at – whether I’m playing club cricket, or for Sussex, or the IPL or for England – is that I’m pretty level, pretty calm at the end of my mark.

“I understand that I’m not afraid to fail. You have to want the ball. You need to want those overs. If you’re going in a little bit timid, a little half-hearted then you are going to have a lesser chance of executing your skills.

“That’s what I’ve made my name doing over the last couple of years and if I’m called upon to do it in the World Cup I’ll certainly step forward straight away.”