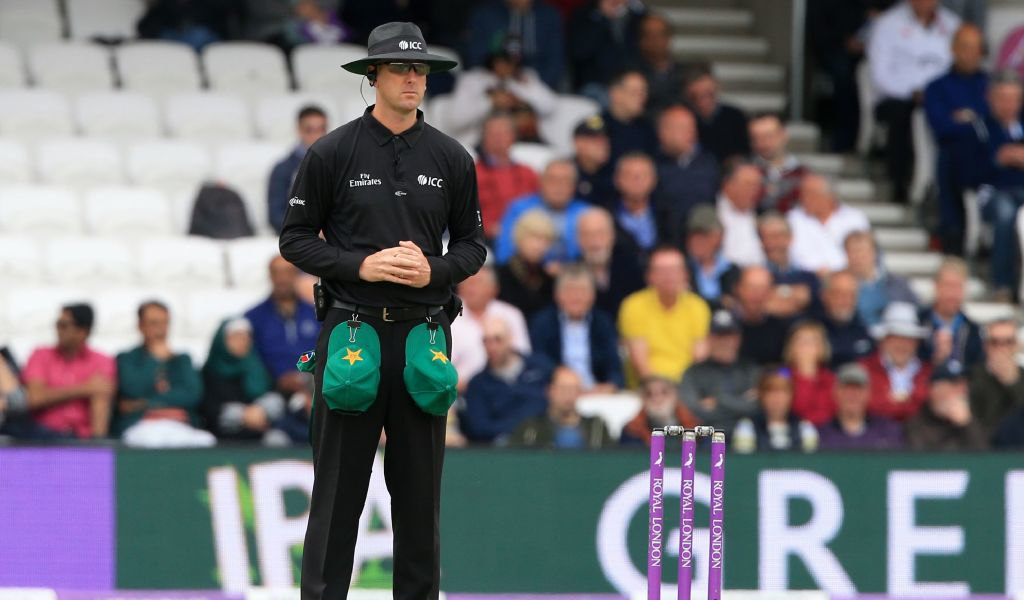 English umpire Michael Gough has been suspended from the ICC T20 World Cup officials panel for a breach of Covid-19 protocols.

Gough reportedly left the hotel he was staying in to meet with friends, which runs contrary to the strict bio-security protocols imposed on the officials.

As a result of the breach, Gough has been forced into isolation for a period of six days and will be replaced in any scheduled assignments in the next week.

According to the latest reports ICC officials are still investigating the full extent of his breach and will make an announcement regarding possible further sanctions.

An ICC spokesperson said: “The Bio-Security Advisory Committee has instructed Umpire Michael Gough to isolate for six days due to a breach of the event bio-security protocols.”

Gough was down to officiate in the game between India and New Zealand in Dubai on Sunday,instead he was replaced by Marais Erasmus and was confined to his room where he is now being tested every other day.

He might have expected to be in charge of one of the marquee matches at the back-end of the tournament, considering his standing among officials and recent record.

That now appears unlikely to happen for Gough who was named the ECB Umpire Of The Year for an unprecedented 8 years in a row from 2010, and stood as one of the on-field umpires in the ICC World Test Championship final earlier this year.

Gough replaced Ian Gould as an English representative on the Elite Panel of ICC Umpires back in 2019 and this is the first incident that has blotted his copybook as an umpire.

The impact of this is likely to be quite severe in the short-term but Gough should recover his reputation in due course.