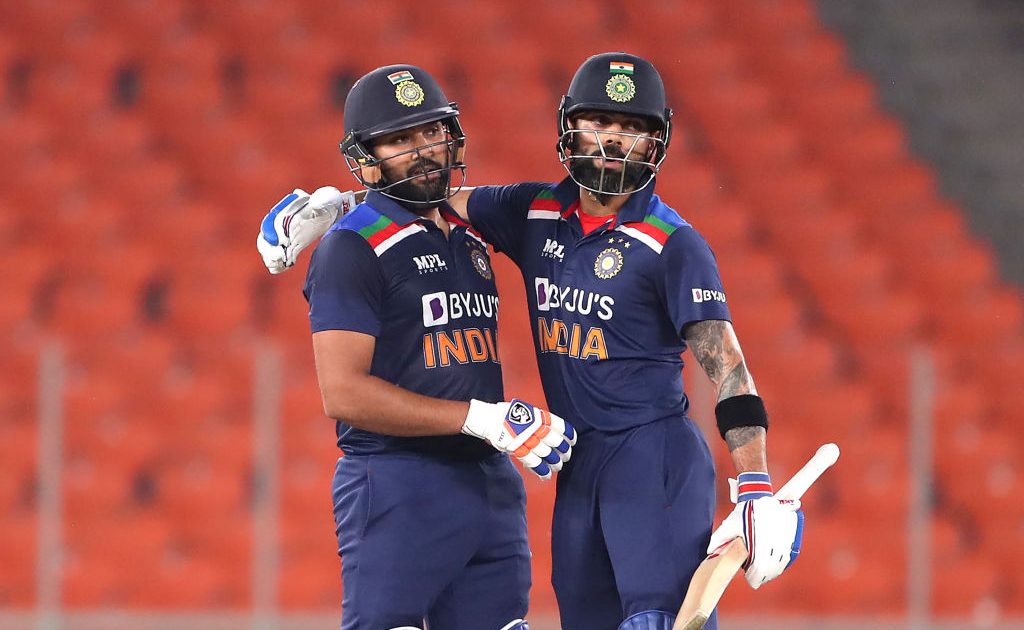 India skipper Virat Kohli will revert to batting at three during the T20 World Cup to allow KL Rahul to open the batting with Rohit Sharma.

Kohli said that Rahul’s IPL form has convinced the India brains trust that the Punjab Kings captain should partner Rohit against the new ball.

Rahul opened the batting for India in their T20 World Cup warm-up match against England alongside another IPL standout in Ishan Kishan.

“Things were different before IPL started and now KL Rahul is playing the way he is, so it’s very hard to look past him at top of the order,” Kohli said. “Rohit is a no-brainer. He has been a world-class player right at the top of the order for us. I will be batting at three.”

Former India cricketer Aakash Chopra had called for the pairing of Rahul and Rohit, just a day before Kohli announced the decision to reporters.

“The first thing is the batting order, who is going to open? Last time when they played, Rohit and Kohli had opened, and both had hit a lot and the talk started to make them open because Rahul was not making runs at that time,” Chopra said in a video uploaded on his Youtube channel.

“But now Rahul is firing. He is not walking; he is running and running better than Rohit and Virat.

“So, please get Rohit and Rahul to open. Virat Kohli at No.3, I want to see how Surya is batting. I want the carefree and fearless approach from Rahul,” he added.

“I want the big innings from Rohit because he is only showing the trailer, we haven’t seen the picture for a long time in white-ball cricket.”

India get their ICC Men’s T20 World Cup campaign underway against Pakistan at the Dubai International Stadium on Sunday 24 October.

Give them the finger: Virat Kohli explains India’s spin shift