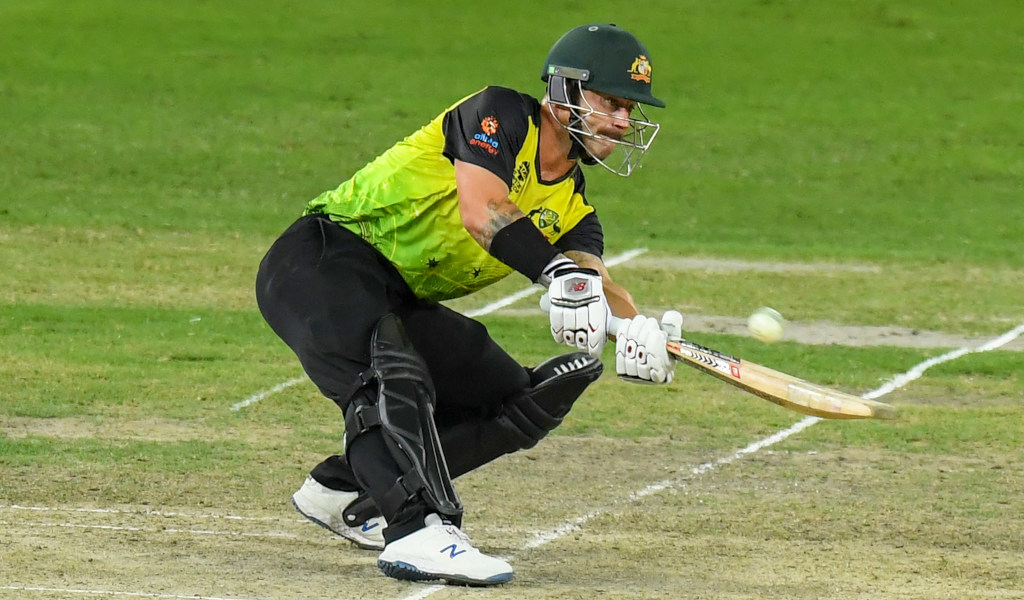 Australia completed a thrilling chase to beat Pakistan and earn a place in the T20 World Cup final with the heroes being Marcus Stoinis and Matthew Wade.

Their sixth-wicket partnership was crucial to the victory, with Wade able to take on Shaheen Afridi in the penultimate over and seal the win.

Speaking after the match Wade said that while he had his doubts that the chase could be completed, Stoinis assured him they would get it done.

“Talking to Marcus Stoinis at the other end, we discussed what the bowlers were looking to do,” Wade said.

“[Shaheen] probably bowled more pace-on than I expected. When I got out there with Marcus, he was really confident we’d get them, even though I was a little unsure.

“He found the boundaries early on, and I was happy to chip in at the end. It got down to two a ball, and from there it was if you got one in your arc, just try to hit it.

“Probably hasn’t sunk in, I’ve just finished batting. I’m just happy to contribute. I was out of the team for a while, just happy I got an opportunity again.”

Nerveless Wade gets it done

Australia skipper Aaron Finch credited Wade’s nerveless finish with getting his team into the final.

“It was a great game of cricket,” Finch said at the post-match presentation.

“The way Matthew Wade held his nerve was outstanding, that partnership with Marcus Stoinis was crucial.

“I just got my feet in a tangle first up. It happens, in T20 cricket you get some good ones every now and then.

“I thought we were pretty sloppy today, we dropped a couple, though they were tough ones.

“But what we showed today was that you need all your players, everyone in your 15 to contribute.

Finch wasn’t sure how the pitch was going to play but backed his team to make the most of batting second.

“There’s no dew, but the lights take effect and the wicket speeds up a bit. I was hoping to lose the toss and put a total on the board and defend it, but it was good to chase that target down in the end.”